Gaurav Rai came as a hero to help people dealing with crisis of oxygen cylinders. Here is his inspiring story.

What: Supplied about 2,000 oxygen cylinders free of cost to COVID patients in Bihar during the first and the second coronavirus waves

Why: For supplying oxygen cylinders to about 2,000 COVID patients during the first and the second waves

For a country like India, which is highly divided on the lines of religion, caste and class, it took a health catastrophe that is the COVID pandemic to unite everyone into one-fold that is humanity. As India was battered by the novel coronavirus, which causes COVID-19, and there was grief and suffering everywhere, there were people who came forward to lend a helping hand. One such person is Gaurav Rai, who hails from Patna, Bihar, and is famously known there as the ‘oxygen man’, a misnomer that reflects the deed he did. Throughout the first and the second waves, Rai supplied oxygen cylinders to about 2,000 COVID patients and is doing the same during the third wave.

For his efforts and hardwork to save lives during such tough times, Onlymyhealth nominates Bihar’s ‘oxygen man’ Gaurav Rai for Cofsils Presents Healthcare Heroes Awards 2021. Rai is nominated in the ‘Oxygen Warrior’ category. This is his story:

Misery Turned Into An Opportunity To Help 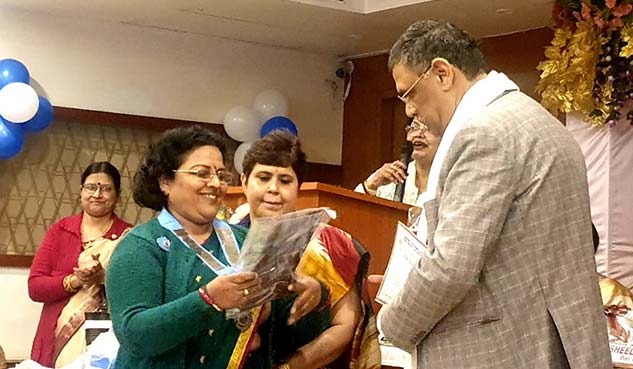 On July 4, 2020, during the first COVID wave in India, Rai got infected with COVID-19. After quarantining at home for 10 days, his condition suddenly deteriorated on July 15. “I couldn’t see properly,” he told Onlymyhealth. His oxygen level had dipped to 64 and dipped further in the next one hour.

As his condition worsened, Rai and his wife tried, though unsuccessfully, to get him admitted to a private hospital. He finally reached the state-run Patna Medical College & Hospital (PMCH) and somehow procured an oxygen cylinder. “The condition there was very bad,” Rai said, who was put on the oxygen cylinder while he sat on a chair. He was later shifted to a ward. In that ward, he told his wife that if he would come out of that hospital alive, he would set up an oxygen bank at his home and would supply oxygen cylinders free of cost to those in need.

At 3 am in the morning, the couple sneaked out of the hospital. Gladly, his condition improved and as per his decision, Rai’s wife bought three oxygen cylinders. It was then that an NRI friend of him called to enquire why he didn’t get admitted to a private hospital. As Rai narrated to him the condition of hospitals in Bihar, the friend asked how he could help the state. “Help me with 10 oxygen cylinders,” was Rai’s prompt reply, and thus from three, the stockpile of his cylinders reached 13. And on July 20, 2020, he supplied and installed his first oxygen cylinder to a COVID patient, he said.

Supplied Oxygen Across 21 Districts In Bihar 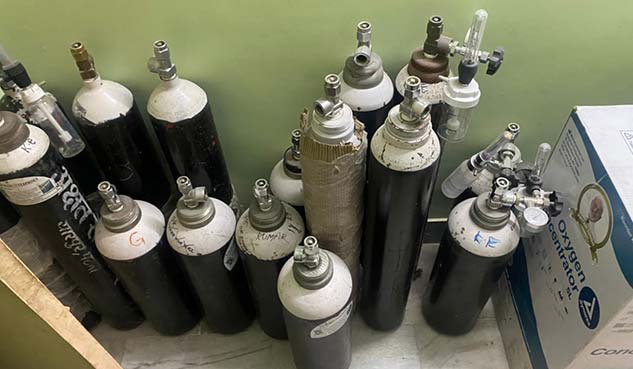 “I didn’t wear a PPE kit while installing the oxygen cylinder at a patient’s home as the patient might have gotten tensed,” Rai told Onlymyhealth. “I never faced any shortage of oxygen cylinders,” he said. With his friend’s help and the cylinders he bought with his money, the stockpile by July-end reached 54. Bihar Foundation too joined the cause and helped him with 200 cylinders.

Sharing numbers, Rai said, he supplied cylinders to 1,104 COVID patients during the first wave, four of whom, mostly elderlies, died. During the second, the number increased to 1,758, out of whom 148 died. During the ongoing third wave, he has supplied oxygen to nine patients. “Not only that, but I also refilled 3,165 cylinders with my own money,” he said, adding that the vendor who supplied him with it was a major help.

Rai also had his own way of celebrating whenever a patient he supplied oxygen to recovered. He took a cake with him to celebrate it. Sharing such an instance, he said, an elderly patient at whose home he went to install an oxygen cylinder thought he was a doctor. “’Doctor saab, will I be alright,” she asked Rai, as narrated by him. To not make her tense, she went on with it and didn’t clear the air around his profession, and just said, that she will be alright, and once she would recover, he would bring a cake for her. Two months later, her son called to say that her mother had recovered. And as per his promise, he went to her place with a cake and then revealed that he wasn’t a doctor.

Yes, Rai wasn’t a doctor, but he, in a way, did what doctors do – save lives. And for his deed, we give a big shoutout to Gaurav Rai. If you too want his work to get recognised, then don’t miss out on this opportunity and vote for him.