John Abraham is one actor who has always maintained his chiselled physique. Let's look at the superstar's diet and fitness routine

Model turned actor John Abraham is looked like someone who has maintained his powerful muscular body since his debut in the film industry. Although, it is lesser-known to someone that he is also a film producer, with his film Vicky Donar being awarded a National Film Award for Best Popular Film. He's not only a style icon but also a fitness idol too. His recent portrayals as a cop or an undercover agent has not just made him the action man of Bollywood cinema but also an idol for those many fitness enthusiasts who wish to have a body like John. 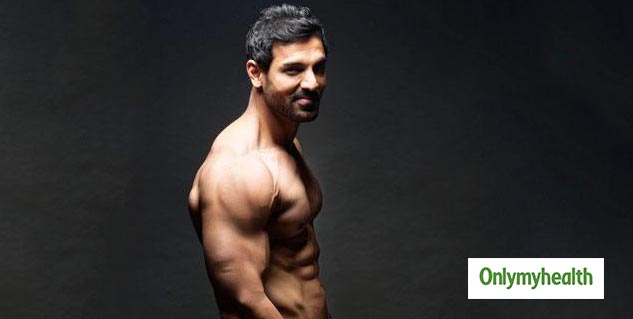 He has always been an epitome of fitness for people who want ripped physic. But it is also certain that to maintain physic like him, one has to train hard, and also follow a strict diet regime too. On his birthday, let's look at what diet the star actor follows, and what is his workout regime like as stated in John Abraham's fitness website:

For the body John has, it is sure that he follows a diet, which is high on protein for he is extensively into muscle building. Hie diet on regular day looks somewhat like:

Also Read: Muscle Training Over The Age Of 40? Do Not Commit These 4 Mistakes

John's workout plan is divided into 7 different days with each day concerning a particular body part. Although every day after the workout, he would run for almost 20-25 mins, not proper running but at a brisk speed.

Some tips that John believes in when it comes to fitness and weight management: