Rheumatoid Arthritis Treatment: Get Rid Of This Autoimmune Disease With Homeopathic Remedies

A long-term autoimmune disorder in which joints are primarily affected, and inflammation is usually marked is rheumatoid arthritis. This type of arthritis results mostly in warm, swollen, and painful joints. Stiffness is often present in joints, and such stiffness usually worsens after rest. The most generally involved joints in rheumatoid arthritis include those in the hands and wrists. The other parts of the body may also be affected. Among the signs and symptoms that accompany joint pain and inflammation are fever and low energy. These symptoms usually come over gradually in weeks and months and can last for a long or short duration. The blood tests in case of rheumatoid arthritis give low red blood cells. There can be inflammation around the lungs and the heart. The usual onset of rheumatoid arthritis occurs during middle age, and the disorders last lifelong. When a patient visits the doctor, the diagnosis is generally based on symptoms, medical imaging, and blood tests.

The other diseases that can be confused for rheumatoid arthritis include systemic lupus erythematosus, psoriatic arthritis, fibromyalgia, and around 0.5% to 1% of people can be affected around the globe. If we look into rheumatoid arthritis's causation, the exact cause of rheumatoid arthritis is not clear. A blend of environmental and genetic factors plays an essential role in the onset of this disorder. The body’s underlying immune system attacks the joint and results in inflammation and thickening of the joint capsule. The underlying bone and cartilage can also be affected. The conventional treatment includes pain killers, nonsteroidal anti-inflammatory disease, and steroids that increase if management at home and appropriate exercises are not done. Complementary therapy through homoeopathic medicines can decrease the need for conventional drugs and fight the associated side effects.

Let us look at the homoeopathic remedies which can help in relieving the signs and symptoms of rheumatoid arthritis:

The patient needing aconite is full of great fear and anxiety. There is a state of physical and mental restlessness. There is numbness, tingling, and shooting pains in the joints involved. Icy coldness and hands and feet' insensibility can be found while arms may feel lame, bruised, heavy, and numb. Rheumatic joints' inflammation is worse at night, and the inflamed joints are red, shinning, and very sensitive. Arnica is usually prescribed to people where an injury has given rise to the present condition. Rheumatoid arthritis developing after traumatic injuries, overuse of any organ, strains can be managed with homoeopathic medicine called arnica. Rheumatism begins low down in extremities and works up. Pain in the back and limbs can also be there as if they are bruised. Everything on which the patient lies seems hard to him. The affected areas feel as if it has been sprained or dislocated. The patient's symptoms can worsen on the least touch, motion, rest, and in a damp and cold environment.

Also Read:  Medical Myths Of Soothing A Burn And What Should Actually Be Done

Apis is an excellent remedy for oedema of the skin and mucous membranes caused by cellular tissues. Rheumatic pain is present in the back and limbs, and there is a tired and a bruised feeling. Numbness of hands and fingers tips can be present. Knees can be swollen, sensitive, shiny, and sore with stinging pain. There can be sudden puffing up of the whole body. Fever can be present with afternoon chill, thirst, and worse on motion and heat. Pains are generally burning, stinging, and sore, and suddenly migrate from one part to another. 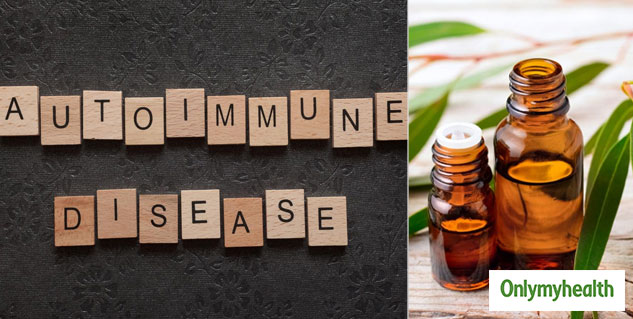 The general character of pain in which Bryonia can help is stitching, tearing pain worsened by motion and better. Knees can be stiff and painful. There can be hot swelling of feet. The joints are red, swollen, hot, with stitching and tearing pain. Every spot affected is sore on the application of pressure. There can be painful stiffness present in the nape of the neck. There can be stitches and stiffness in the small of the back. Complaints usually occur when warm weather sets in after cold days, after cold drinks and ice in hot weather, after chilling when overheated.

A patient in whom there is a rapid change of symptoms can be managed with berberis Vulgaris. Pains change regarding place and character. Rheumatic paralytic pain in shoulders, arms, hands, fingers, legs, and feet can be there. Neuralgia under fingernails can be present with a sensation of cold on the outside of the thighs. Heels pain as if they are ulcerated. There are intense weariness and lameness of legs after walking a short distance. There is a pain in the balls of feet on stepping. The complaints, mostly the urinary complaints, are usually worse on motion or on standing.

There are rheumatoid pains in extremities in people needing calcarean carb, and these pains usually occur after exposure to wet. The nature of pains is sharp and sticking, and it feels as if affected parts were wrenched or sprained. The feet are cold and damp and feel as if wet stocking were worn. The weakness of extremities is seen with swelling of joints, especially knees. Burning of soles and feet can be there, and there can be sweating on hands. Arthritic nodosities can develop, and the soles of feet can become raw. Old sprains can become problematic, and there is tearing in muscles as well.

Also read: Red Swollen Gums: Here Are The 3 Major Causes Behind It

Causticum is primarily given to relieve chronic rheumatism, arthritic, and paralytic affections. These affections are indicated by tearing and drawing pains in muscular and fibrous tissues. There can be deformities around the joints, and progressive loss of muscular strength and tendinous contractures. There is restlessness at night, with tearing pains in joints and bones. Rheumatic tearing in limbs is better by warmth, usually heat of bed.

Rheumatic diathesis is present in patients needing Ledum pal. Pains shoot all around the foot and limb, and in joints, but are mainly present in small joints. The joints involved are usually swollen, hot, and pale. There can be throbbing in the right shoulder and pressure in the shoulder that is worse on the motion. There is cracking in joints that is worse by the warmth of the bed. Rheumatism begins in the ascends and lower limbs. It is easy spraining of ankles and soles are so painful that one can hardly step on them.

Also read: Do You Have Swollen Gums? Here Are Some Natural Ways To Get Aid

There is a painful and hot swelling of joints. Pains are tearing in tendons, ligaments, and fasciae. Rheumatic pains need Rhus tox spread over a large surface at the nape of the neck, loins, and extremities. These pains are better by motion. There is soreness in the end area of bones. Limbs can be stiff and paralyzed. There can be a loss of power in the forearms and fingers. 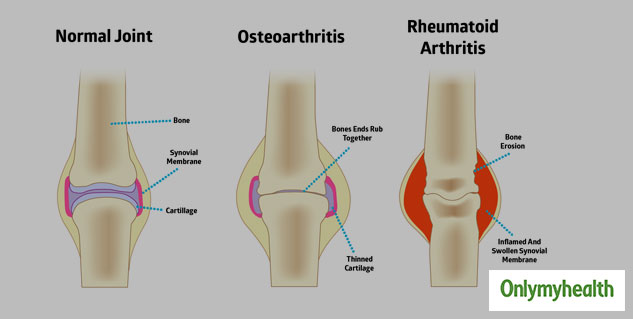 Ruta acts upon the periosteum and cartilages in the body. Patients needing it can have pain in the nape, back, and loins. Backache is better at lying on the back and on applying pressure. There can be a contraction of fingers and pain and stiffness in wrists and hands. Pain in the bones of ankles and feet can also be there. The patient has great restlessness.

Takeaway Tip: It is advised that homoeopathic medicines for rheumatoid arthritis shall not be taken without consulting a homoeopathic doctor.

MORE FOR YOU
5 Facts About Cervical Cancer That Indian Women Need to Know
Tomato Flu: Ways To Keep Your Child Safe, As Per Doctors
Power Nap Can Boost Productivity, Here Is How To Optimise On Them
5 Side-Effects Of High Protein Diet That You Should Know
Loneliness Can Make Young Adults Age Faster, Study Finds
Study: Cerebral Palsy Might Be Treatable

How To Treat Gingivitis Naturally? Here Are 8 Effective Home Remedies For Swollen Gums