From Harmanpreet Singh to PR Sreejesh, how do Indian athletes train for the Hockey World Cup? We have got the lowdown.

The FIH Men's Hockey World Cup 2023, one of the most prestigious tournaments in the history of Hockey is finally here! And while we are all on our screens, admiring our favourite athlete's tremendous performances on the ground, let’s take a look at the journey behind it all. To achieve such high levels of fitness, most professional athletes put in hours of hard training, which includes multiple hours of exercise.

But how do hockey athletes train? Do they lift weights or focus on cardio exercises? Here we have compiled the workout regimen of a few Indian hockey players:

Hardik Singh, the Arjuna award winner who has so far scored five goals in the tournament, is known for his speed, accuracy, and stamina. The 24-year-old takes his fitness very seriously and can frequently be found sweating it out in the gym. Hardik's primary goal as an athlete is to increase his ground speed while also building strength and power so that he can hit the ball hard. His workout consists primarily of strength training and bodyweight exercises. 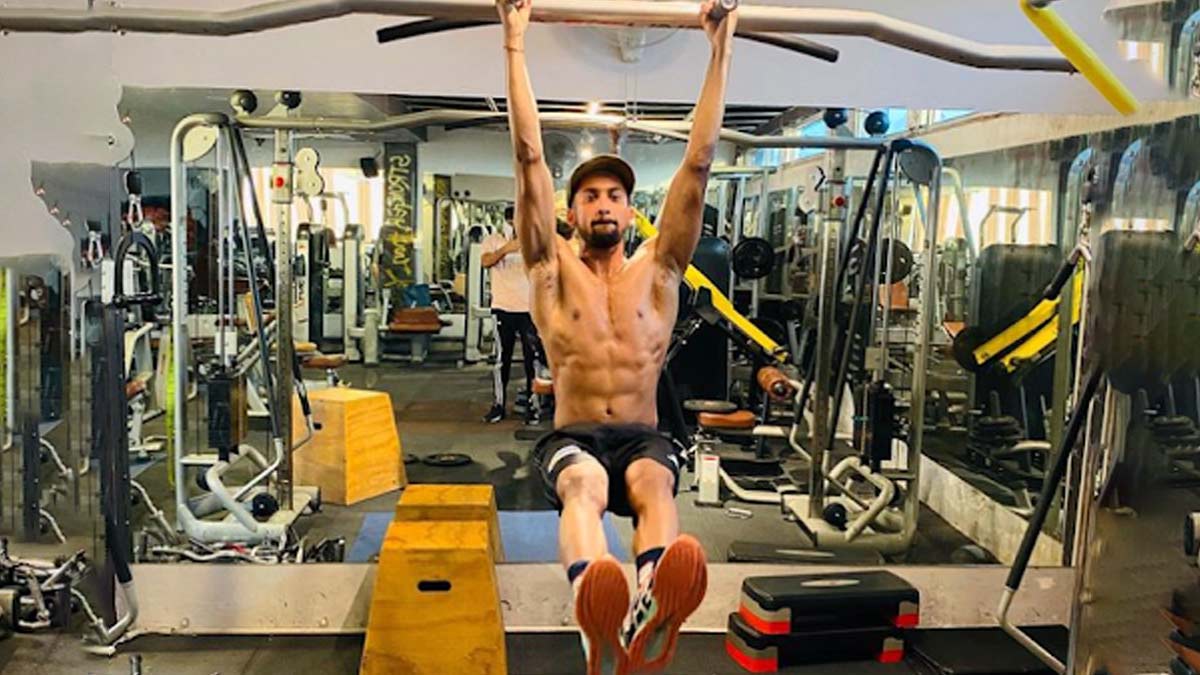 The majority of the strength training exercises that the Indian midfielder does are primarily to strengthen his lower body, for which he relies on snatches and squats. Chest dips and pull-ups are the two exercises that Indian athletes use to build stamina.

Also Read: 5 Best Running Apps To Help You Prepare For A Marathon

One thing which is synonymous with Harmanpreet Singh is his active lifestyle and strength. His dedication to his body has enabled him to perform better than most athletes of his generation. The 27-year-old is famous for his speed on the ground, which helps him outplay his opponents. For building strength, Harmanpreet performs deadlifts with moderate weight for maximum reps. A deadlift is, without a doubt, one of the best exercises for increasing overall body strength. Similarly, weighted pull-ups are a mainstay of his workout, as they help him with endurance and agility.

Amit Rohidas has one of the best physiques in the whole hockey team. The 29-year-old's primary focus remains on lifting weights. Amit's weightlifting routine, on the other hand, is a little different, as it focuses more on executing explosive reps. Performing explosive reps has numerous advantages because your fast-twitch muscle fibres are activated to a greater extent. Fast-twitch muscle fibres generate the most muscle force (i.e., strength) and have the greatest potential for growth.

Krishan Bahadur Pathak is no less than a bodybuilder. The 25-year old has a very high muscle mass and is also very fast on the ground. Krishan mainly performs full-body workout, which includes both weights and cardio exercises. He trains for power, which is why he lifts heavy weights with moderate reps. His cardio regimen is also unique, as it includes box jumps, swimming, and kettlebell workouts.

Pr Sreejesh has been the Indian national team's first-choice goalkeeper for several years. He is still going strong at the age of 34 and is more than capable of performing at the highest level. Apart from lifting weights in the gym and running on the ground, Sreejesh also does mind and tap exercises to improve his focus, which is essential for a goalkeeper.

MORE FOR YOU
Visiting The Gynaecologist For The First Time? Here Are 7 Things You Should Know
5 Exercises To Improve Hip Mobility
Expert Explains Why Refined Carbs & Sugar Are Bad For Health
5 Easy Exercises For Better Gut Health In Women
Managing Asthma In Kids, Expert Weighs In
Tingling Sensation In Feet: Causes And When To See A Doctor

5 Reasons Why You Might Be Gaining Weight After Working Out