Can Tempeh Be The Next Protein Rich Superfood? Read Its Nutrition and Benefits

Tempeh is an Indonesian food that provides a lot of protein. Experts find this to be the next protein superfood. Get details inside.

A recent such trend that is evolving into a serious dietary choice for many in recent times is the adoption of a flexitarian, vegetarian or vegan lifestyle. From plant products that are high in protein content to plant-based alternatives to meat, there has been a culinary revolution as people look to discover new ingredients. And while this has led to the rediscovery of many products that have been around in our kitchens for years without us truly knowing their entire gambit of health benefits, a recent discovery that has definitely taken the world by storm is that of tempeh. And while tempeh might be a unique addition to many of our plates today, it might come as a surprise to learn that tempeh has been around for centuries! Read ahead as Dr. Kavitha Reddy, Nutritionist & Director- Sreya Nutrition, Supporter of the Right To Protein initiative explains everything about this protein-packed food.

Made by fermenting soaked and cooked soybeans using the Rhizopus mold, tempeh first originated on the island of Java in Indonesia. Following fermentation, the soybeans are pressed into a compact cake that is seen being sold across stores for consumption. With an impressive nutrient profile, tempeh is mainly known for its high protein content, which is obtained by the fermentation of soybeans. Fermentation generally increases the digestibility of protein. 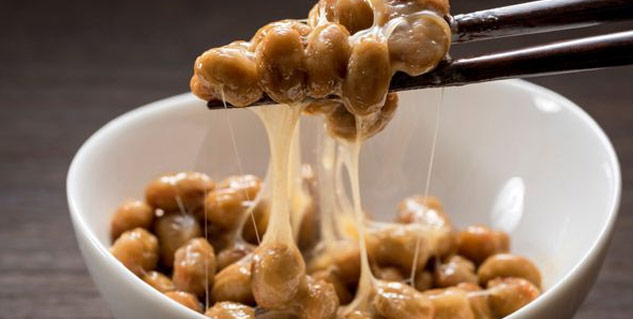 100 grams of tempeh provides 20 grams of protein as compared to 10 to 12 grams in cottage cheese and it also has higher protein content than what’s present in tofu, making tempeh a protein superfood to reckon with. Apart from protein, tempeh boasts of healthy calories and fat, in addition to fibre, iron, phosphorous, potassium and magnesium amongst other vitamins and minerals while being low in sodium and carbs. It is also a good dairy-free source of calcium, with 166 grams of tempeh providing approximately two-thirds of the calcium found in one cup of whole milk. With the fermentation process breaking down the phytic acid in soybeans, tempeh rich in prebiotics- a kind of fibre that promotes the growth of beneficial bacteria in the digestive system, improving overall digestion and absorption of nutrients while reducing inflammation.

Also Read:  How Is Tempeh Different From Tofu? Check Out The Health Benefits, Risks And Ways To Consume Them 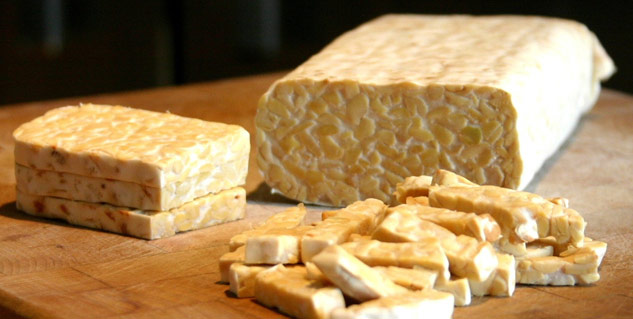 How to make tempeh?

With a dry and firm but chewy texture and slightly nutty flavour, tempeh is a flexible ingredient that can suit many a palate. It has a tendency to absorb flavours and spices easily, making it suitable for a number of preparations and styles including being steamed, sautéed or baked. For those looking for a variety of plant-based products to substitute meat, tempeh is an ideal choice as it mimics the texture and flavours of meat-based easily.

For those looking to experiment with tempeh in their diets in a flavoursome manner, recipes abound – from recreating the ever favourite spicy Indian kathi roll by replacing the meat or paneer filling with flavourful marinated chunks of tempeh to a vegan butter chicken with the chicken replaced with – you got it right – tempeh – the options are many. Stir fry tempeh chucks into a delectable biryani or whip up a savoury curry with tempeh as the hero protein or even air fry tempeh-meat balls for a healthy snack – the addition of tempeh can boost any meal to make it both healthy and to satiate your tastebuds.

In India too, tempeh has slowly but steadily made its way into kitchens as awareness about India’s vast nutrition and protein deficiency issue catches the attention of people. Campaigns such as Right To Protein have not only highlighted India’s critical protein deficiency issue but also aim to educate consumers about ways to bridge this gap; thereby throwing the spotlight on the benefits of plant-based protein-rich foods such as tempeh and other soy-based foods. 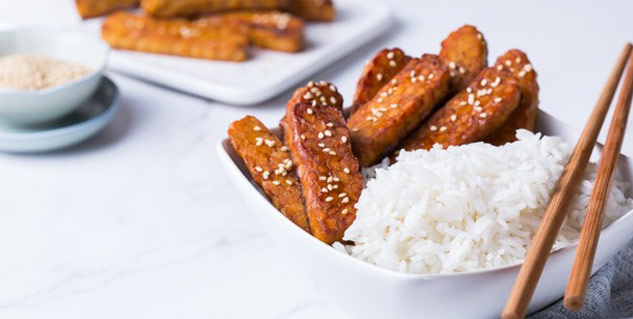 With over 70 per cent of the Indian population being protein deficient, addressing ways and means to tackle this very serious health problem is critical by identifying and sourcing easily accessible and affordable protein-rich foods. The inclusion of soy-based foods such as tempeh, with its many benefits and high nutritional content, while breaking the monotony of conventional sources of plant-protein such as paneer, dals and legumes, could be the answer to a step forward in slowly but steadily making India a more protein sufficient nation, which is the need of the hour.

So, whether eating vegetarian ‘meat’ is a lifestyle choice or a health choice, or just another way of expanding the variety of plant-based protein in one’s diet – one thing is clear – tempeh is a soy food that is here to stay. As the trend of alternative meats in India moves only upwards and onwards, plant-based ingredients such as tempeh could just be the linchpin that balances India’s journey towards long-term protein sufficiency.