Seizures is a common condition that can occur in both babies and adults. Read on to know about the types, causes, symptoms, diagnosis and treatment.

A seizure is basically a sudden and  uncontrollable disturbance in the brain. It may cause twitching, changes in  behaviour, feelings, and in the levels of consciousness. Having persistent seizures with a gap of 24 hours a day should also be diagnosed and given medical treatment, and is considered as epilepsy. Epileptic seizures are mostly because of excessive generation of electrical discharges from the brain. They occur in around 1% of the general population. Around 5% of the people have a seizure once their in life atleast. When epileptic seizures occur more than once in a lifetime then it is called as epilepsy.

Seizures are more common than you might think. Seizures can be caused by a head trauma, stroke, a closed head injury, an infection or any other health conditions. Sometimes, the exact cause of a seizure is not known but should not be left untreated. Most seizure disorders can be managed with medication, but controlling of seizures can still have a significant effect on your day to day life. The good part is that you can still talk to your doctor about seizure control and medicine side effects. Onlymyhealth editorial team spoke to Dr. Man Mohan Mehndiratta, Senior Director, Neurology Department, BLK Super Speciality Hospital, New Delhi, about the types, symptoms, causes, diagnosis and treatment.

There are many types of seizures, which range in symptoms and severity. Seizure types vary by where in the brain they begin and how far they spread. Most seizures last from 30 seconds to two minutes. A seizure that lasts longer than five minutes is a medical emergency. According to Dr. Man Mohan, the types of seizures are: A seizure which can be restricted to one part of the body is known as focal seizure. These are partial seizures that occur with disruption. A person may be aware about the seizure or may also be not aware in this type of seizure.

Another type is which becomes vocal to the whole body involved. You might take out sounds, shrieks and voices in this type of seizure.

The third type which is focal and the patient is not fully aware about the seizure, it is known as temporal lobe epilepsy. These seizures occur in only one side of brain. This is the most common form of epilepsy.

Another type generally occurs in children, when they go blank while doing some activity, it is known as absence seizure. It generally takes place for not more than 2-3 seconds. Sometimes, it mostly happens in babies and they may feel a jerk in the whole body, it is also known as myoclonic affects.

General symptoms include twitching all over the body, the body may become still like a log and there after the body starts. occur mostly for 2-3 minutes, tongue bite, urination, after that the person becomes lazy, tired and may experience body aches as well. Most of the epileptic seizures end in 2-3 minutes. According to Dr. Man Mohan, the main symptoms of seizures are:

Myoclonic seizures are characterised by brief jerking spasms of a muscle or muscle group as if they have been jolted with electricity, this may cause sudden muscle limpness. This is called twitching. 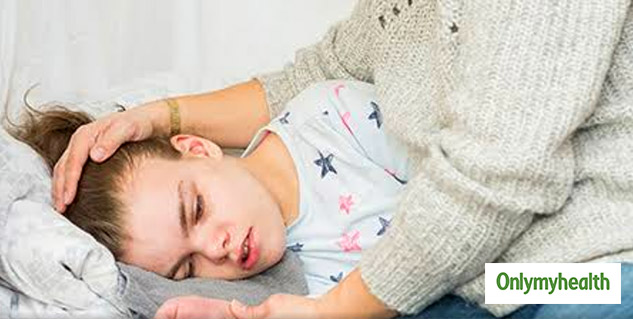 Stiffness is muscles is seen after the seizure, it may last upto 15-20 seconds while the patient is asleep, and if tonic seizure happens while you are awake it may cause you to fall and cause injury, waking up from a seizure may cause person to feel exhausted.

Seizure during sleep may cause facial muscles to lose control which causes muscles to relax abnormally which leads to biting of tongue, especially those suffering from epilepsy. Biting usually happens on the tip and sides of tongue.

Seizures are followed by sudden contraction of muscle and then their relaxation. It may cause a person to experience body ache and it may also cause sleepiness and headaches.

Also read: Seizure First Aid: Here's What You Need To Do If Someone Has A Seizure

During the clonic phase of epilepsy, muscle contractions causes body jerks which cause voilent bladder contractions. It may cause you to urinate, usually it is noticed that people go into deep sleep after few minutes. The other symptoms of seizures include being absent minded and laziness. 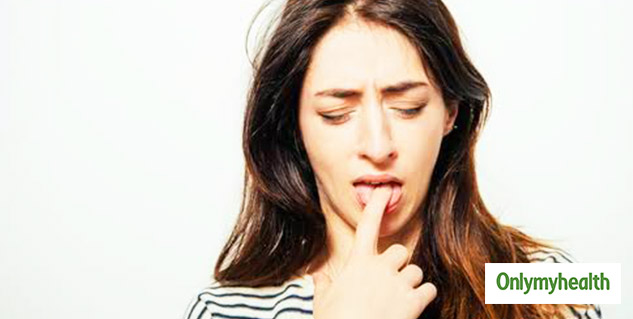 Most seizures occur because of genetic composition, other causes may include head trauma. Swelling in the brain caused by a worm called cysticercosis or sometimes tuberculosis and sometimes tumor can be formed in the brain. These generally occur in young kids. In the elderly, if you are about 60. One of the most common reasons is brain tumor or tumor coming from any other part of the body like liver lungs may also cause seizure. Low sodium, liver misfunction, kidney misfunction, or ammonia becomes high, calcium becomes very low. Those who are diabetic also sometimes at risk. Sugar becomes very low is also a common reason for seizures in the elderly. The causes of seizures are:

This is an infection caused by a tapeworm, which leads to an impact on the brain, muscle and tissues. Cysticercosis can spread by contact as well. You have to be careful about food contamination, water and dirty hands.

Another cause of seizure is tuberculosis. TB is caused by a bacterial infection in which a person coughs and sneezes a lot.  This is a contagious infection and is a common factor behind seizures in a person.

Genetic factor can also become a cause for seizures. A person's medical history is asked while diagnosing this condition. If any of your family member experiences seizures, then you are at a higher risk of getting their genes.

Severe and growing stage of hyponatremia can also lead to having seizures. The seizures mostly occur if the plasma sodium concentration reduces rapidly in the body. You should have a balanced diet with the right amount of sodium.

Low blood sugar levels are also strongly linked with having seizures, be it temporary or recurrent. It can even lead to unconsciousness and brain damage. Sugar is also an important part of your diet and should be consumed in moderation.

Liver misfunction or any liver problem is a major complication that can cause seizures. Even a non alcoholic fatty liver can lead to seizures in a person. You should avoid alcohol and consume a healthy diet with regular exercise. A head injury, trauma or brain tumor can also result in seizures. Brain tumor related epilepsy is common and is a high risk if there is a family history of the same. And, post traumatic epilepsy is also a form of acquired epilepsy.

Doctors generally apply natural intelligence rather than replying on AI. Talking to family members or teachers is the first step which the doctors tend to take first. Most of the cases require a CT scan or a MRI scan which is more thorough. Video monitoring is also done sometimes to actually see the seizure. Sometimes, the doctors ask the patients to record a video of themselves when experiencing a seizure.

With a seizure, signs and symptoms can range from mild to severe and vary depending on the type of seizure. According to Dr. Man Mohan, there is no generalized treatment for seizures. If a patient experiences large seizures, it is told to them to not to drive or go swimming, have good sleep and not exert themselves during the day. Treatment depends on the type of seizure, the age of the patient and if they are associated with immobility.