Natural and effective remedies for epilepsy

Learn how you can cure epilepsy with natural and simple home remedies without any risk of side effects.

Epilepsy, a specific type of neurological disorder, causes repeated seizures or fits that comes without any warning. As you may know seizures occur when the neurons in the brain suddenly begin to behave erratically and send wrong signals at abnormal pace resulting in dysfunctions like sudden burst of jerking movements. Such episodes may last for a short period to longer period depending upon the intensity of the seizure. It may shake entire body violently in some people while others may just experience shaking in only a part of their body.  Some may become unconscious while others may be in conscious state of mind till a particular episode of seizure lasts. People suffering from epilepsy have normal functioning otherwise. 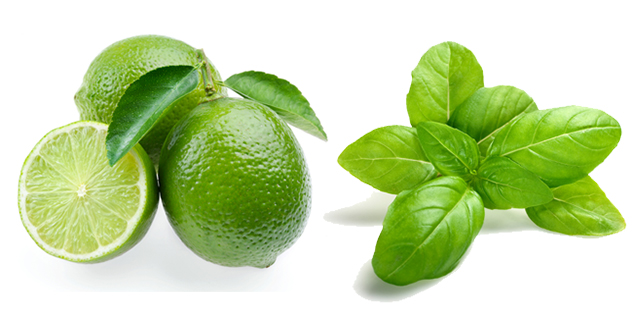 Although the exact causes of epilepsy are still unknown, however, experts believe certain factors such as severe head injury, family history, diabetes, brain tumours, very high fever, brain functions and prenatal brain development problem may cause this condition. Many over the counter medications are available to treat epilepsy; however, you can also use some effective and natural remedies that can help in preventing the frequent episodes of seizures and other symptoms of epilepsy. That said, it is highly recommended that you consult your doctor before trying anything new.

Widely popular for its health benefits since ancient times, garlic has anti-inflammatory and antispasmodic properties that are great for promoting smooth functioning of the nervous system by destroying the free radicals. Regular intake of garlic can help prevent seizures and other symptoms associated with epilepsy.

Did you know sacred holy plant basil is packed with several medicinal properties? Yes, it can be used as an effective remedy to reduce the episodes of fits and seizures as it helps stimulate your brain and strengthen the nerves.

Ash gourd aka winter melon is another effective remedy for epilepsy. It contains medicinal and nutritional properties that guarantee smooth functioning of the nervous system.

Grape juice is also very effective in preventing epilepsy symptoms due to high contents of flavonoids in it. Besides it is a good source of potassium and magnesium which plays major role strengthening the nervous system, boosting your immune system and relaxing the nerves in the brain.

How to use it
Drink a glass of fresh grape juice on regular basis to perk up your overall health and minimize the episodes of seizures.

Coconut oil contains fatty acid that has curative effects on your brain cells. It increases the supply of energy to the brain cells which in turn provides relief from epilepsy.

According to some researches deficiency of magnesium in a person’s body can trigger symptoms of epilepsy. Therefore, by including magnesium rich foods in your diet you can help may reduce episodes of seizure and fits. Foods that are rich in magnesium include almonds, cashew nuts and spinach.

Epsom salt contains magnesium sulfate which is considered good for nerve health. It only minimizes the episodes of seizure by improving the functioning of the nerves, reducing stress and removing toxins from the body.

Limes are another effective remedy that help ease the epilepsy symptoms. Lime works by enhancing the blood circulation to the brain. Besides, it also normalizes calcium absorption that can hinder the proper functioning of the brain.

As you may know Omega-3 essential fatty acids are essential for brain and nerve health. Therefore, include fish and nuts are rich in omega-3 fatty acids in your diet. Adding omega-3 rich food in your diet will help to prevent seizures.

Coconut water is not only refreshing, it is also loaded with electrolytes, vital minerals and water which are essential for promoting better neuron health and proper functioning of the nervous system. Drinking coconut water regularly will help to reduce the symptoms of epilepsy.

Foods you should avoid if you have epilepsy

According to a report published in the journal “Neurology” in 2006, epilepsy patients who followed a diet regimen that had only low-gylcemic foods showed 90 percent fewer episode of seizures. It has been observed that fluctuation blood glucose levels can trigger seizures. Therefore, in order to balance glucose levels, people with epilepsy should avoid foods that have high glycemic index. These foods include refined carbohydrate foods such as pizza, soft drinks, white bread, cakes, white rice, white pasta and chips.

Most fruits and vegetables are low-glycemic, which means consumption of these foods will not rise your blood glucose levels drastically. According to the Epilepsy Society, people who have epilepsy should avoid certain vegetables and fruits that fall in the medium- to high-glycemic range. These foods include mangos, raisins, bananas, mashed potatoes and dates.