Alzheimer’s is a chronic condition that affects the memory and brainpower. Researchers have found that Alzheimer’s is caused due to poor sleep.

Weak memory and forgetting things often are potential signs of Alzheimer’s. As opposed to popular belief, Alzheimer’s not only happens with oldies but anybody of any age can get this neurological issue. Sadly, this disease is untreatable but preventable. You can reduce your risk of Alzheimer’s and dementia by eating healthy and giving enough rest to the mind. Sleep is very important for the mind and body. If you don’t sleep properly, you can get an array of health issues including Alzheimer’s. Doctors talk about the importance of sleep and now scientists have found a way where analysing sleep patterns can predict the likelihood of Alzheimer’s.

Can sleep predict the onset of Alzheimer’s?

The journal ‘Current Biology’ recently published a study that showcases how neuroscientists can predict the risk and estimate time when a person may get Alzheimer’s in their lifetime. They do this by analysing the sleeping patterns of a person. According to scientists, deep and restorative sleep is the key to prevent dementia and Alzheimer’s. Also, proper sleep can keep asthma and allergies at bay. Matthew Walker, senior author of this research and professor of psychology and neuroscience at the University of California Berkeley says: “The sleep you’re having right now is almost like a crystal ball telling you when and how fast Alzheimer’s pathology will develop in your brain. The silver lining here is that there’s something we can do about it. The brainwashes itself during deep sleep, and so there may be a chance to turn back the clock by getting more sleep earlier in life.”

How was the research conducted?

For this research, scientists took 32 healthy older adults and studied their sleep quality. They matched the sleep quality with ‘beta-amyloid’ which is a toxic plaque that causes Alzheimer’s. This plaque affects the neural pathways and cognitive functions making a person lose the memory. Alzheimer's patients also suffer from depression. 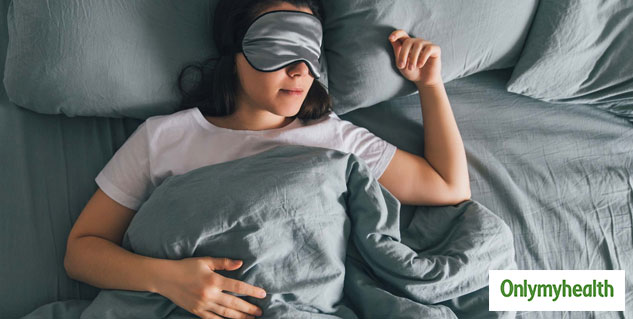 The sleep of the participants was monitored using polysomnography which is a series of tests that measure heart rate, blood oxygen levels, brain waves including other physiological elements of sleep. They found that people who couldn’t sleep peacefully with several episodes of waking up in the middle of the sleep had increased beta-amyloid as compared to those who slept restoratively.

Also Read: Get Relief In Sleep Paralysis With Meditation-Relaxation Therapy

Another researcher Joseph Winer said: “Rather than waiting for someone to develop dementia many years down the road, we are able to assess how sleep quality predicts changes in beta-amyloid plaques. In doing so, we can measure how quickly this toxic protein accumulates in the brain over time, which can indicate the beginning of Alzheimer’s disease.”

“If deep, restorative sleep can slow down this disease, we should be making it a major priority. And if physicians know about this connection, they can ask their older patients about their sleep quality and suggest sleep as a prevention strategy,” he added.

In a nutshell, there is a strong connection between sleep and Alzheimer’s. Taking good quality sleep helps in energizing the mind and preventing the degeneration of brain cells that cause cognitive impairments. Sleep well and live healthily.