Want To Lose Weight? Opt For These 10 Homoeopathic Remedies

Are You Seeking For Weight Loss? If Yes, Then Follow These Ten Homoeopathic Remedies And Treatments To Reduce Fat And Calories.

Weight isn’t fearful until it stays under control. No, we are not promoting an obsession with weight. We have a sweet warning here! Keeping your weight in range helps you avoid a lot of health problems. While low weight or sudden weight loss may indicate decreased food intake, or any chronic disease, or a disease related to malnutrition; being overweight or obese puts you to risk of dangerous diseases like hypothyroidism, cardiac disease, stroke, gall bladder disease, osteoarthritis, type II diabetes and many more. It may be surprising to many that increased weight can cause mental disorders such as clinical depression. Low quality of life with body pains are other problems that arise due to weight gain. Now we have given a subtle warning about the dangers of being overweight, and it is also essential to know that going for something which causes sudden weight loss shall not be an option for anyone! It advises that one should not lose more than four to five kilograms of weight in a month for a healthy weight loss. The dietary factor plays an essential role in controlling weight, along with exercises. Another way that can help you lose weight is the homoeopathic way. Certain homoeopathic medicines help you lose weight according to your constitution and medical and family history. 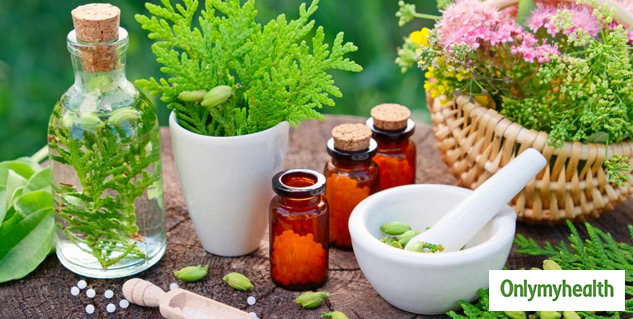 Some of the homoeopathic remedies which help in weight loss include:

This can help lose weight as a remedy for people, especially women, who are stout and always feel tired and weary. Such people are used to living a sedentary lifestyle with a great appetite. People needing this remedy may also present with heartburn, nausea, waterbrash, and chilliness. It is difficult for such people to pass stools as they are hard and knotty. Their heart may be weak, which is associated with difficult breathing and palpitation. Their respiratory system may also be affected.

It primarily acts on people who are fat and sluggish. Their bodies are large and fat, but their legs are too thin. They may also suffer from obstinate constipation which can be accompanied by much flatus. Due to constipation, their stools are generally hard and crumbling, which require much effort to expel them. Sore and smarting haemorrhoids can also be there. Their respiratory system may be affected, and the secretions are often profuse and glairy. Liver and blood circulation may also be affected.

It is a wonderful remedy for treating respiratory diseases that involve rattling of mucus with little expulsion. People requiring this medicine have a lot of drowsiness, debility, and sweat. It especially suits fat young adults and children. Significant drowsiness promotes an irresistible inclination to sleep with all complaints. There can be violent pain in the lower back or lumbosacral region. Spasmodic colic can also be present in the abdominal area with a lot of flatus. People needing antimonial tart can have a thirst for cold water which is often drunk in little quantity.

Calcarea carb is especially suited to fast, fair, and flabby people. The tendency to grow fat is more during the youth in people who need calcarean carb. Most of the weight or fat is concentrated in the mid-section. There may be profuse sweating from the head while sleeping, which can wet the pillow. Profuse perspiration can mostly be present on the back, head, and neck. These people usually get tired while walking and easily catch a cold. Women needing this remedy have early and profuse menses with their feet habitually cold and damp. Diseases in these people usually arise because of defective assimilation.

These people have a bloated abdomen with a gnawing pain in it. Bloating contributes to increased weight. Pain in the stomach can worsen after eating sweets. There can be worm symptoms, and constipation can be present along with it. Symptoms can arise due to the presence of tapeworm in the body, and this remedy can help in the expulsion of tapeworms. The lymphatic glands can be inflamed. Itching of nose, pale face, blue rings around the eyes can be there. The condition of patients needing filix mas may be soporific, i.e., it is difficult to rouse them from their sleep.

Also Read: 9 Foods That Have More Vitamin C and Antioxidants Than Orange 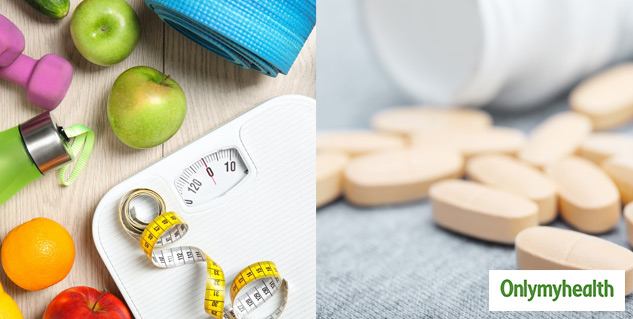 This homoeopathic medicine acts as a remedy to people who are stout and are of fair complexion. These people tend constipation and skin affections. They are usually fat and feel cold excessively. The menstrual cycle of women needing this remedy is generally irregular or delayed. A feeling of fullness and hardness is there in the abdomen. This homoeopathic medicine acts well in women at a climacteric with a history of delayed menstruation. The power of decision-making is low in people needing Graphites.

Also read: Here’s How to Do a Kidney Cleansing at Home with these Home Remedies

Fat people needing lycopodium have an emaciated upper part of the body and semi-dropsical lower part of the body. The weight is concentrated in the buttocks and thigh areas. People who have grown fat because of hypothyroidism can gain help with this medicine to control the thyroid and lose weight. Gastric affections are there with excessive flatulence. Appetite is good, but satiety is easy. ‘A few mouthfuls fill up to the throat.’ The fullness in the abdomen is not relieved by belching. Constipation is usually present since puberty or since the last significant event which affected the person’s life.

These people have taken excessive salt for a prolonged time. People who need Natrum Mur are usually thin, but fat people need Natrum mur when the conditions of dropsies and oedemas arise due to salt retention and make them grow fat. There is great debility, and the most amount of debility is felt in the morning in bed. The person usually sweats while eating. Obesity can be caused due to depression and stress. The weight is concentrated in the buttocks and thighs. Depressed people weep easily. People may feel uneasy in the presence of excessive heat. There may also be ill effects of grief. 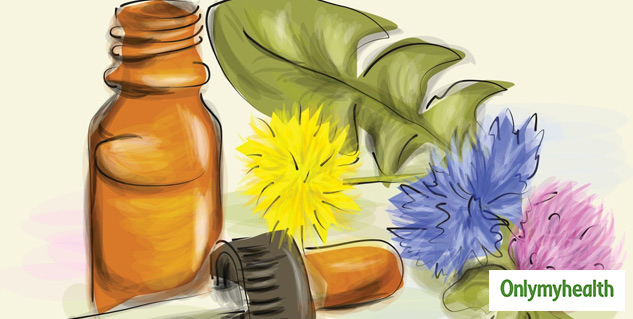 Phytolacca berry is excellent for weight loss. With weight gain, difficulty in swallowing, soreness, dry throat, feeling of itchiness around the body, blistered tongue, sciatic pain, and pale skin can be present. This remedy increases the metabolism of fat and helps to control appetite and improve digestion. The hunger is reduced as there is proper absorption of food after administration of Phytolacca berry. This remedy helps to overcome hyperacidity and weakness. It helps in losing post-pregnancy weight, and any weight gained due to conditions like hypothyroidism. Homoeopathic physicians generally administer phytolacca berries in the form of mother tinctures and tablets.

Also read: Make Your Own Aloe Vera Juice With These Simple Steps

Fucus aids in losing weight because it helps in improving digestion and relieving constipation. It speeds up the weight-loss as it increases the process of deposited fat in the tissues. It is also used to manage thyroid disorders and iodine deficiencies. It acts on achy joints in rheumatism and arthritis. It can also have anti-diabetic effects on obese people who have diabetes and can act on a hormonal level. In obese people suffering from hardening of arteries or arteriosclerosis, it clears those deposits and lowers a heart attack risk.

One can use the above remedies after consulting a homoeopathic doctor and getting the prescription timely renewed. The way may be challenging, homoeopathic aid can be taken, and the results are fantastic!