From mathapatti to rings, let us learn about the origin, significance and health benefits of Indian jewellery and the science behind it

Haven’t we all at least for once in our life dreamt about wearing a beautiful and royal sabyasachilehenga and decking up ourselves from head to toe with traditional Indian jewellery on our wedding day so that all eyes are on us? I bet you did! These beautiful jewellery pieces don’t just have the power to give you a mesmerizing look and make you look like royalty but are beneficial for your health as well.  From mathapatti to rings, and from kamarbandh to those tiny toe rings, let us learn about the origin, significance and health benefits of Indian jewellery and the science behind it with Acupuncture specialist Dr. Niharika Chugh, Director, Dr Niharika Acupuncture Clinic, BDS, PGDHSc( Acupuncture), ACTCM (Beijing,China).

She says, “Indian Jewelry has special medical significance on our health. When we wear a particular jewellery in a particular area, some acupuncture points get stimulated indirectly. Also blood circulation gets activated too. Some theories believe that jewellery of a particular colour also leads to chakra activation. For Instance, wearing a ring in the ring finger activates a blood vessel which connects to the heart. Toe rings help in soothing period cramps and activating the reproductive system in females. Bracelets or bangles stimulate very effective wrist points which energize the whole body. Mangtika helps in calming the mind and balancing the shen.”

Also Read: How does Acupressure Work?

Health Benefits Of Wearing Jewellery As Per Acupuncture

Here’s how various jewellery pieces can benefit your health in various ways:

An Indian bridal ornament which is an embellished pendant attached to a chain which rests on the centre of a women’s forehead on the sixth chakra. Derived from ancient painting and sculptures, mangtika finds its roots in historic artifacts. Traditionally this piece of jewellery was worn by both men and women. Said to protect the bride from an evil eye and give her the power, wisdom and will to start a new journey of her life. Following are the health benefits of wearing a maang tikka:

Resting on your forehead, this ornament is said to 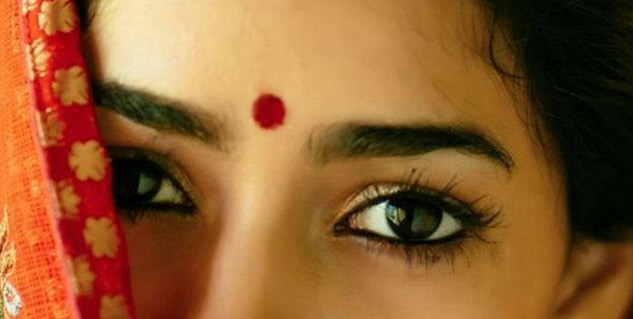 Worn by the indian women, bindi is a small dot placed between your eyebrows that signifies a woman’s marital status. A bindi traces its origin back to many centuries in hindu culture of the Indian subcontinent.  A bindi is said to signify a woman's marital status as is only worn by married women in the Hindu and Jain culture. It is said to ward off bad luck and to enhance one’s inner wisdom. Following are the health benefit of wearing a bindi:

According to acupressure, the place between your eyebrows where you apply your bindi is known as the third eye, and pressing the point for a few seconds, the way you do while applying it can have several health benefits such as:

Apart from all these pressing the spot for a few seconds can also improve your hearing power, prevent depression and also boosts your memory and concentration.

An ornament worn by Indian women especially on their wedding day, a nath is a nose ring that symbolizes the marital status of a woman. The technique of nose piercing dates back to the 9th and 10th century in the Indian subcontinent which was patronized by both royalty and the commoners in ancient times. The symbol of a woman’s marital status, this piece of jewellery is said to be worn to honour the hindu goddess parvati so that she blesses your union with auspiciousness and abundance. Following are the health benefits: 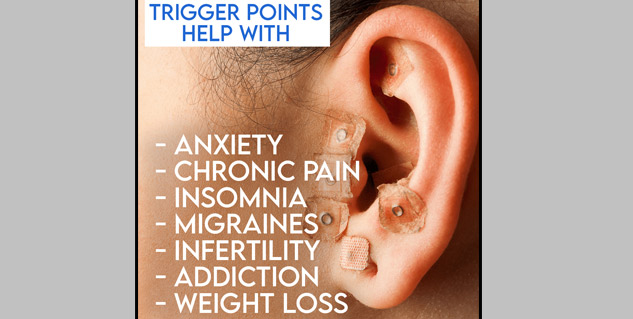 A piece of jewellery which suits with both ethenic indian and those pretty western outfits earrings are a quintessential to be there inside your jewellery box. Tracing its origin back to 3,000 B.C in the middle eastern region, earrings were intended to provide a quick, easy and clear view of a person's tribal, political and religious identity. The ancient practice of ear piercing also known as ‘karn veda’ dates back to many centuries and is a ritual done to signify a person’s cultural and religious upbringing. Following are the health benefits of wearing earrings:

Another piece of jewellery that is a symbol of a woman’s marital status and comes in many shapes and styles. The origin of this ornament dates back to 6th century A.D which was formerly just a yellow thread tied around the bride’s neck. The mangalsutra is said to signify the love and commitment of a wife towards her husband and is said to protect their union from any evil eye. It is also said to attract positive and divine energies. Hollow from one side a mangalsutra comes with 2 cups at the backside which and hence the hollow sphere is facing your body. As it is placed upon the acupressure points present on your neck it has health benefits like: 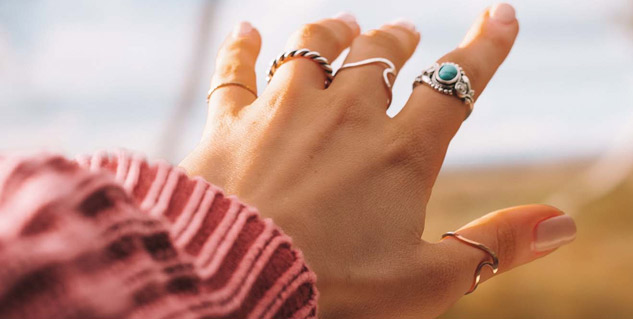 An ornament which is not just restricted to the Indian culture but around the world by both men and women. Egyptians are believed to be the first ones to wear the rings in order to represent eternity.Thy used to have an open space in the center of the ring in order to represent a gateway to the unknown. Rings are a piece of jewellery used to signify maritia status, wealth and authority. It is a symbol of companionship, devotion and agreement that signifies eternal and endless commitment. Health Benefits are as follows: 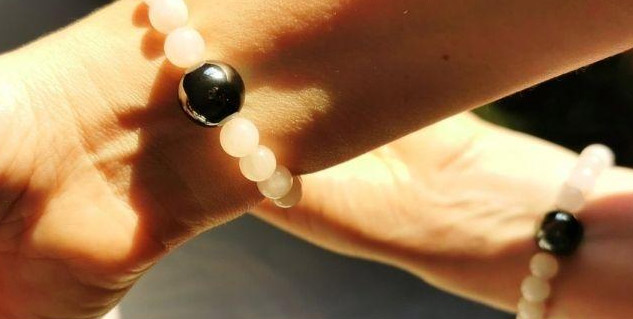 Dating back to the 2,600 B.C the first signs of bangles were found in an archeological site in mohenjo daro civilization in a figure of a dancing girl found with bangles in her left arm. A symbol of health, luck and prosperity, bangles are worn by married women in Indian society. Even the color of the bengal has a meaning. Red bengals symbolise energy and prosperity whereas the green ones are a symbol of fertility and good luck. Health Benefits are listed below:

As bangles are circular never ending rings they have the power to revert the electro-magnetic energy passing through the outer skin and hence doesn’t let the energy to escape. 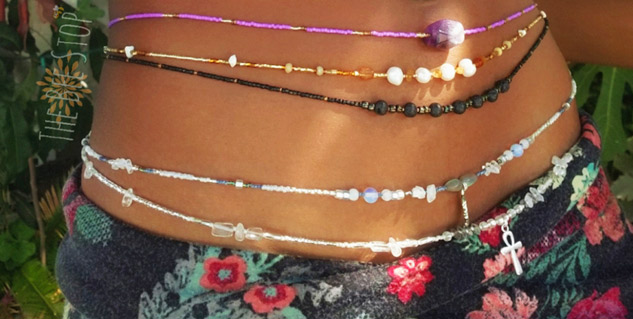 A word made by joining two words where kamar means waist and bandh means strap, kamarbandh can be understood as a waist strap or lace. The kamarbandha originated in the Indian subcontinent about 4000 years ago and was worn by both men and women. These had a special status as were worn on special ceremonies and occasions. Also known as kardhani this ornament has a great significance and symbolism the royal charm, social status and religious inclination of a person. Health benefits of wearing a kamarbandh are listed below:

Payal/ Anklet/ Ankle chain is an ornament made of metallic string worn on the ankle joint of your feet. A piece of jewellery which traces its origin from the Indian subcontinent and was worn by the royal class women in the ancient times. This jewellery piece is a symbol of pride and bravery. It is believed that the jingling sound produced by these anklets can keep the negative energy at bay. These metallic strings help in

Also Read: Acupressure For Gas and Bloating: How Does It Help And Its Types

The last one in the list toe rings are which are usually worn in the second finger of your feet. This piece of jewellery originated in India centuries ago and has its mention in the epic Ramayana, written by Valmiki in 4th century B.C. The toe rings if worn by the women signify their marital status and when worn by men becomes a symbol of masculine strength. Following are the Health Benefits of wearing toe rings:

Smokers At Risk Of These 5 Brain Disorders Amid Covid-19