From Couples To Singles, Here’s A List Of Bollywood Stars Who Embraced Parenthood Through Surrogacy

Not just Shilpa Shetty but there are a lot of Bollywood celebrities who became parents through surrogacy.

Shilpa Shetty Kundra is the latest but she is not the first one to opt for surrogacy. There are a lot of Bollywood celebrities who have beautiful babies through surrogates. This method is a boon for couples who are unable to conceive naturally and singles who want to have their biological babies. We can see an array of such celebrities in the B-Town who embraced parenthood through surrogacy, here are some of them. 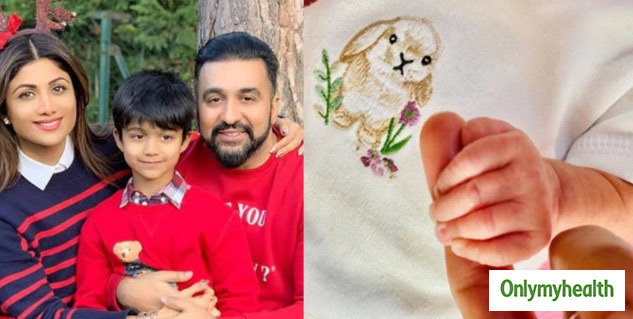 On Feb 15th, Shilpa Shetty Kundra and husband Raj Kundra welcomed a baby girl in their family. The couple broke the news on their Instagram handles on 21st Feb. They have named their princess ‘Samisha Shetty Kundra’. The couple already has a son Viaan Raj Kundra.

I am a single parent in social status...but in actuality am definitely not....my mother so beautifully and emotionally co parents our babies with me...I could never have taken such a big decision without her solid support...the twins turn 3 today and our feeling of being blessed continues with renewed vigour with every passing year...I thank the universe for completing us with Roohi and Yash.....🙏❤️🙏

The ace director and producer of Bollywood, KJo embraced fatherhood at the age of 44. He welcomed twins a boy(Yash) and girl(Roohi) in 2017 through surrogacy. Even though he’s always received criticism for his sexual orientation, he is proud to be a single father to his adorable kids.

Little one was a bit confused between ‘Boating’ and Voting, so took him along to experience the difference.

Shahrukh and Gauri were parents to two teens Aryan and Suhana when they decided to have a third child through surrogacy and in 2013, their little bundle of joy Abram was born. He’s got the charm from his father which makes him paparazzi’s favorite.

Also Read: Know How Shah Rukh Khan Keeps Himself Fit As A Fiddle In Mid 50s

Happy 2nd Birthday to my baby boys! You both bring so much joy and happiness to my world every single day. Every time you smile, laugh , play, jump, dance, sing and say mama, my heart melts every time! God Bless you both my little angels from God!

Sunny Leone surprised everyone with the news of adopting baby girl Nisha. The couple got praises for their step. Soon after in 2018, the couple shared the news of becoming parents for the second time to twin boys- Noah and Asher through surrogacy. They look like a happy family of five.

Aamir and Kiran got married in 2004 after he got legally separated by his first wife Reena. The couple welcomed baby boy Azad Rao through IVF surrogacy in 2011. Aamir has two adult kids- Junaid and Ira with his first marriage. The couple usually maintains a low-profile life.

Tusshar Kapoor always wanted to become a father but he was always proven unlucky in love. He finally decided to take the route of surrogacy and embraced fatherhood in 2016 with his carbon-copy Lakkshya. The father-son duo is often spotted together and looks like a happy family.

Following the footsteps of her brother Tusshar Kapoor, Ekta Kapoor too embraced motherhood through surrogacy in 2019. She is a doting mother to son ‘Ravie’ who she named after her father Jeetendra’s real name.

Baby Acne: Why Does It Happen And Ways To Get Rid Of Acne Spots