Expert Explains The Association of Hallucination With Panic Disorder

Panic disorder can make you feel insane as if you're losing touch with reality. Hallucinations can be one of the symptoms of panic attack.

Panic disorder can make you feel insane, as if you're losing touch with reality. Hallucinations can be one of the symptoms of panic attacks. While it is uncommon for someone suffering from panic disorder to actually hallucinate, it is not uncommon for those suffering from severe anxiety to have various sorts of mild hallucinations, which can raise additional concern about your mental health. In an exclusive interaction with the OnlyMyHealth Editorial team, Dr Trideep Choudhury, M.D. Psychiatry, Consultant Psychiatrist, Department of Mental Health and Behavioral Sciences, Fortis, Vasant Kunj, New Delhi, explains the association of hallucination with panic disorder.

How Hallucination Is Associated With Panic Disorder

Panic disorder (a type of anxiety disorder) is a condition where a person experiences recurrent and unexpected panic attacks. During the panic attack, the person has an episode of intense fear where there is no real danger and that triggers physical symptoms of sweating, palpitations or increased heartbeats, having a heart attack or even dying. Hallucination is a process where a person believes a sight, sound, smell, taste or touch to be real which is not. Hallucination is generally associated with psychosis where the person has a loss of contact with reality with disruption in their thoughts and perceptions. Hallucinations can also be found in various other illnesses like epilepsy, delirium, Parkinson's disease, migraine headaches, brain tumors etc. Hallucinations with anxiety spectrum disorders (which includes panic disorder) may be present but are uncommon as suggested by studies.

Also read: Chronic Stress To Panic Attacks: What 4 Cups Of Coffee Can Do To You

Sometimes anxiety symptoms or panic attacks may be a part of other mental health disorders like schizophrenia where hallucinations are common. Sometimes a person with panic disorder may see a flickering light or movement in the corner of the eye. They may mistake innocuous stimuli as threatening. These are more commonly found in panic disorders than full on hallucinations. 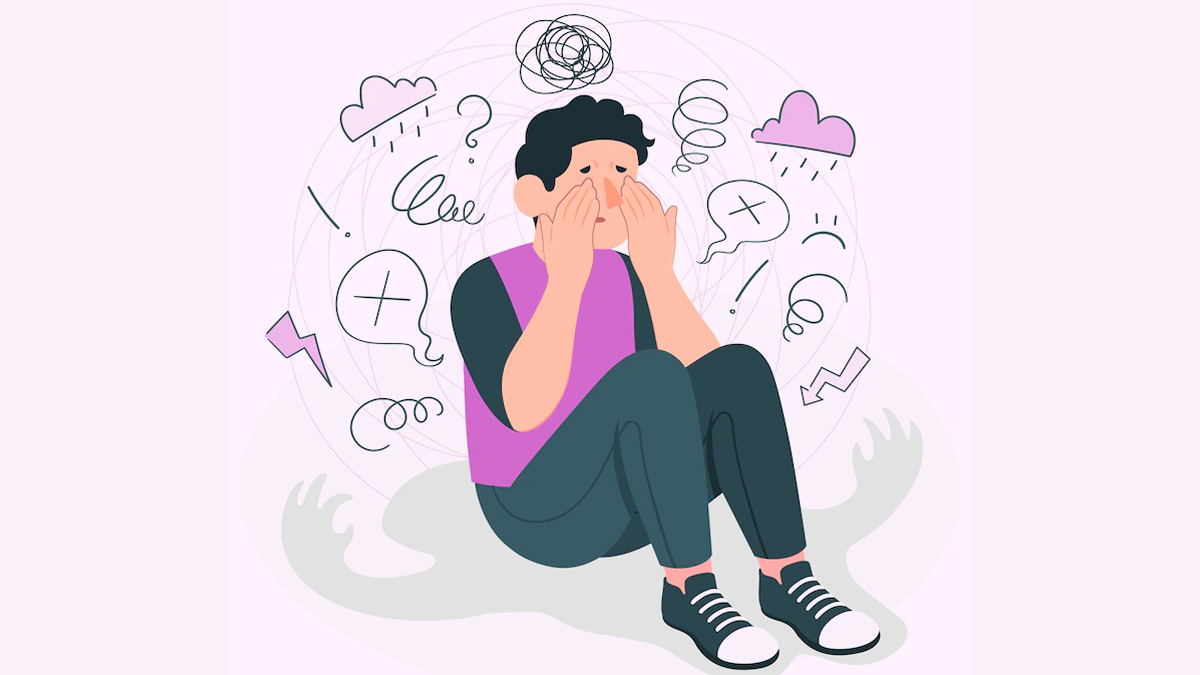 Panic episodes push your body into fight-or-flight mode, and they frequently occur without a catalyst or cause. This may cause you to seek out the source of your panic symptoms. Sweating, heart palpitations, and chest pain are all symptoms that most people mistake for a heart attack or other medical difficulties that aren't actually happening. Others may notice a flickering light or movement in the corner of their eye and take it as a sign that they are in danger or are going insane. These are more typical symptoms of panic disorders than full-fledged hallucinations, but they can mimic some psychotic symptoms.

Hallucinations frequently indicate an underlying problem with how the brain processes information.

Other symptoms that a person may encounter as a result of hallucinations include:

Is Sleeping With Socks On Healthy In Winter?