Are You Doing Yoga Correctly? Play This Quiz And Test Your Knowledge

Yoga is a gift from the Indian culture to the world, which teaches to establish a harmony between body and mind and health and well-being.

Are You Doing Yoga Correctly? Yoga is a five-thousand-year-old style of Indian physical exercise. Do you know yoga is not just exercise and asana? The earliest mention of this tradition is found in the Rigveda, the oldest living literature. Patanjali is regarded as the father of yoga, and his yoga sutras have been wholly devoted to the knowledge of yoga. Yoga has never been unknown to us. We have known this ever since Indian culture had not expanded in the world. But our Prime Minister Narendra Modi gave it special recognition when the first World Yoga Day was celebrated on 21 June 2015 all over the world.

Yoga is not just physical exercise Talking about yoga, most people know that these are just easy and breath-related exercises, which are done in many ways. Are you thinking the same way? Then you are wrong because it is more than that. It is not only real but is also associated with spiritual and siddhi. Yoga not only purifies the body but also cleans the mind and soul, brings us closer to nature, God and ourselves, it also introduces us to ourselves in the real sense. It is also essential to know in this link that the 'yoga asana' we do is only a part of "Ashtanga Yoga".

Also Read:  How To Lose Arm Fat and Tone Them With Yoga

How many types of yoga are there?

Rāja yoga: The last stage of yoga is called samadhi and has been considered the king of all yogas. Maharishi Patanjali has named it Ashtanga Yoga which is as follows: 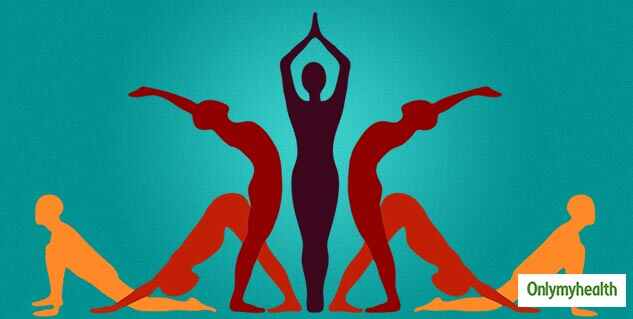 Also Read: Know What Yoga Poses Malaika Arora Does To Keep Herself Fit

How aware are you about yoga? Play this quiz:

Some essential rules of yoga