Canned foods are not good for health at all! Top nutritionist revealed all the health problems associated with the consumption of canned foods.

Canned foods are quite common these days. From exotic fruits to seasonal vegetables to pickled fruits, everything is available in the canned form. This sounds amazing to us as we have access to almost all kinds of foods at any given time of the year but wait! This is a matter of concern and not joy. A lot of people rely on canned foods to satiate their cravings. No doubt this is an easy and affordable option but we cannot ignore the cons that come with canned food consumption. Upon reaching out to Dietitian Swati Bathwal, she told us some surprising facts about canned foods and why you need to ban them from your life. If this statement blew your mind, read this article to know all the disadvantages of canned foods.

What are canned foods and how they are made?

Canned foods are basically foods with a long shelf-life. They are made so through the canning process where preservatives are added to fresh foods and then they are packed in airtight containers.

The three steps involved in canning are:

Common foods that are canned include fruits, vegetables, meats, beans, seafood and soups. Effect of canning on nutrient levels

There are different opinions of experts in this regard. Canned foods are generally believed to be less nutritious as compared to fresh foods but there are some studies that nutrients remain preserved in the canning process. As per them, carbs, protein and fat remain unaffected during canning. In some cases, fat-soluble vitamins and minerals are also retained. But some of them are damaged due to high heat, processing and storage. In a nutshell, nutrients change during canning. While some foods like tomatoes become more nutritious as they release more antioxidants, fruits may not remain nutritious as they were in their fresh state.

Also Read: Age-Related Vitamin and Mineral Deficiencies That You Need To Know

What are the disadvantages of canned foods? 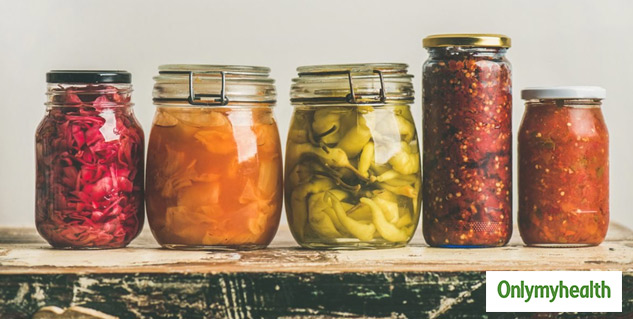 Now, let us talk about the cons of consuming canned foods.

1. They are high on preservatives

One of the main reasons for regarding canned foods as bad is the number of preservatives in them. They have high sodium content(due to the presence of extra salt and sugar) along with other food preservatives like:

Also Read:  Are Sulphate-Free Shampoos Beneficial For Your Hair? BPA or Bisphenol A is a common chemical that is added to various commercial products including hygiene stuff and food containers. This chemical is mixed with numerous compounds to manufacture resilient plastic. This is used in baby bottles, food containers and many other items. BPA is used in producing epoxy resin that is applied to the inner lining of the canned containers. This prevents it from breaking and corroding. BPA may sound useful but you won’t believe the side-effects of this chemical on health. BPS and BPF are used in place of BPA and tagged as BPA-free! This is the truth of the industry that they advertise something as BPA-free and add alternatives. All of these are equally hazardous to health.

The risk lies in leakage of BPA as some chemicals may get mixed with the food packed in the container. This is irreversible health damage. Also, babies who are fed milk through plastic bottles are at a greater risk. Parents don’t know the potential cons of BPA that is there in the bottle, thereby, risking the lives of their kids. WHO has found lower levels of BPA in breastfed babies as compared to bottle-fed babies. This indicates the health hazards of BPA. Botulism poisoning is a rare condition but it can become extremely severe if not identified or treated on time. This illness is caused due to contaminated food, wound or soil. One can suffer breathing difficulties, paralysis or even death due to botulism. There are three types of botulism- foodborne, infant and wound. According to Dr. Swati Bathwal, canned foods give a solid breeding ground to bacteria(Clostridium botulinum) that releases toxin and cause botulism. The reason being bacteria breeding only in no-oxygen conditions. Foods that weren’t processed properly during canning are highly likely to cause botulism. Here is a list of foods provided by WHO where botulism toxin is found:

Below are the initial symptoms of foodborne botulism that you may experience after consuming canned foods:

Swati Bathwal quotes, “when the canned container is closed, it is fine but once you open the canned food, it will cause fungus within a day or two. It gets spoilt immediately within a couple of days after opening.” Have you ever thought about why this happens? It is because the shelf-life may have been extended to years but you are supposed to consume the food within a couple of days after opening or else it would catch moulds and fungus. When the food comes in contact with air or moisture, it gets rotten. This is because of preservatives added to it.

"Something that doesn't remain fresh on your kitchen shelf for a day or two, how can it be fresh in a supermarket shelf for months?" Think about this before buying any canned food from now on. 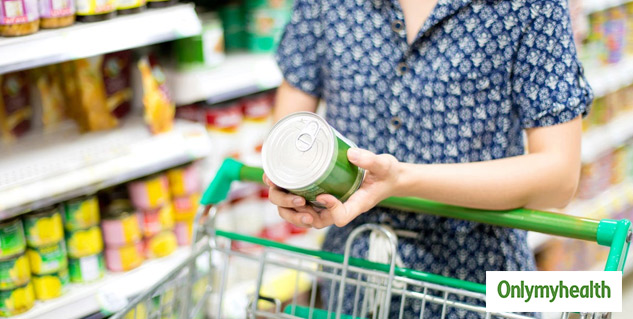 The only positive thing about canned food

The only advantage of canned food is that it comes in handy during travels where it is not possible to either cook something or get something that’s freshly made. When you are travelling to areas where food availability is low, you may find respite in canned foods but keep their consumption limited.

Also, check for BPA in them and try to avoid BPA, BPS or BPF containing foods. You wouldn’t want to vomit or feel nauseous after eating that food, right? Start making the right food choices as they will help in boosting your health rather than putting it at stake with bad choices. Eat as many fresh foods as you can and don’t rely on processed or packaged foods now that you know the ugly side of them.

The next time you feel like purchasing any canned food, remember the points that we mentioned in this article. Canned foods might be quick, easy, feasible and affordable but this cannot turn down the ugly side which is its health disadvantages. Have canned foods but only if required as they may cause long-term health problems to you.