Do You Know Why Hangover Is Caused After Drinking Alcohol? Find Here

Do you know what causes a hangover? If not, you must read this article to find hangover causes and how to cure a hangover.

Hangover is a common thing after an episode of heavy drinking but have you ever thought about what causes a hangover? You had 2-3 drinks and you wake up with a severe headache the next morning. Has this happened to you? Did you ever wish to know why this happens? If not, let us tell you the reasons behind hangover after alcohol consumption in this article.

While hangover is generally experienced by people after heavy drinking but some people get it upon drinking a very small amount of alcohol. Do you know why? There is no relation of alcohol and headache but it is experienced as an after-effect of alcohol consumption.

Why alcohol causes a hangover?

According to a study, about 25% of people who consume alcohol daily have more headaches than non-drinkers. Excessive drinking also leads to hangover that leads to problems like headaches, vomiting and fatigue. It won’t be wrong to say that the problem of hangover is common with alcoholic people. The scientific reason behind this is that blood vessels become wide after drinking alcohol that causes a headache. Some elements present in alcohol also cause some symptoms of hangover. 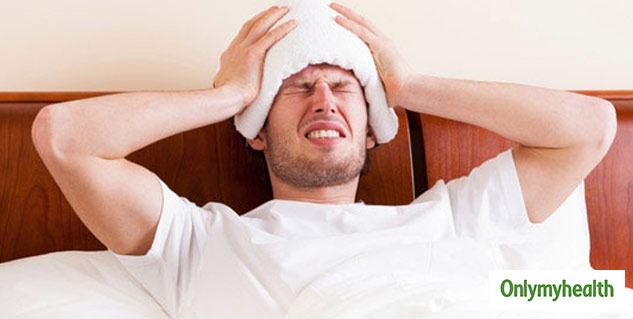 Does ethanol chemical cause headache?

Ethanol is present in alcohol which is associated with hangover. It is one of the major causes of headaches. As ethanol enters the body, it gets converted to other chemicals that trigger headaches which is termed as hangover. Besides, you also feel like urinating more after alcohol consumption that is also because of ethanol intake. This is also a major headache-causing factor.

As alcohol enters the body, it gets mixed with liver enzymes and forms aldehyde. This chemical is harmful to health. When it remains in the body for a long time, it causes hangover and this is why you get headaches after waking up because aldehyde has been there in your body overnight. It also causes other issues like vomiting and dizziness.

Other than ethanol, alcohol also has histamine chemical that is not good for health. It causes inflammation which is why a lot of people wake up with a swollen red face and bloated stomach.

Also Read: 5 Instant Home Remedies To Get Over A Hangover

Genes also have a role to play

According to several research, jeans are also a big reason behind a hangover. Consumption of alcohol lowers blood sugar levels that cause fatigue, weakness and bad mood. You may have noticed that some people become intoxicated only by drinking very small amounts of alcohol. This could be due to genes. 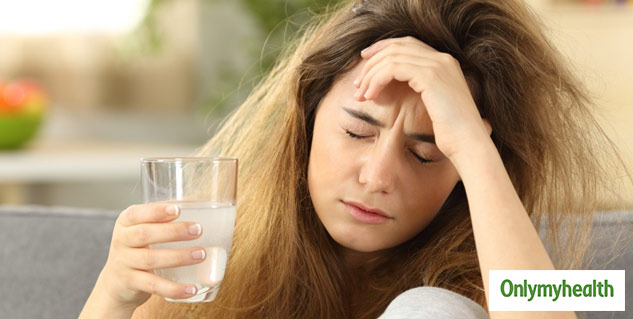 If you are wondering if a hangover can be prevented, yes it can. The best way to prevent hangover is by consuming a lot of water before having alcohol. Dehydration is a risk factor for hangover. When your body is hydrated enough, it won’t experience hangover. Because when the stomach of a person is empty, then he is affected quickly by alcohol, smoking and any intoxicants. So keep in mind if you are drinking alcohol on an empty stomach then you are sure to have a hangover.

These were some causes behind hangover after drinking alcohol. We would suggest avoiding alcohol consumption or limit its intake as it is very harmful. If you are planning to gulp down a drink. Have a large glass of water before that to prevent hangover situation.