Mental health includes a person's emotional, psychological and social well-being.  From how we think to feel and act, mental health plays a vital role in determining how we handle stress, react to stress and make different life choices. Mental health problems can disrupt the state of emotional and social well-being. They can be considered as a spectrum starting with mild to moderate issues/symptoms which can range up to severe psychiatric disorders.

Here are eight warning signals you would want in space to keep the mental health problems at bay:

Negative thoughts and habits can trigger overeating. Behavioral and emotional signs of binge-eating include; eating unusually large amounts of food in a specific amount of time, feeling that your eating behavior is uncontrollable and eating even when you're full or not  hungry. This is how depression and/or comes clinging to eating too much. Food acts as a coping mechanism to deal with depression and/or any other mental illness. This kind of mental illness is known as the binge eating disorder.  Overeating will in turn  lead to weight gain which in the process also deteriorates your physical health.  This is why people with obesity often suffer from mental illness, too.

If you realise that you have been eating out of order and even the most wholesome meals do not rest your hunger pangs, you must want to do some thinking about your mental health. 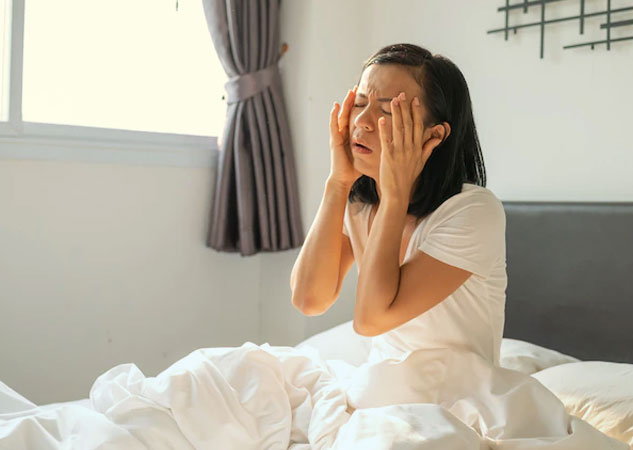 Excess sleep can lead to mental disorder and sleep deprivation.  More than 65% of young adults suffer from sleep disorders. Doctors also suggest that sad thoughts lead to lack of sleep  and/or too much sleep. Oversleeping is a foremost symptom of mental illness.

Despite sleeping too much it's often a signal that a person is experiencing poor sleep quality, and it can be a sign of a clinical sleep disorder, including obstructive sleep apnea or narcolepsy. Doctors claim that an 8 hour of sleep is more than enough for a person to relax and rejuvenate.

Also read: Who Is Affected By Insomnia?

Fatigue is one of the most common signs of mental illness. If you are suffering from any kind of mental disorder, it is likely that you lack energy both physically and mentally. With unstable mental condition, energy level dips and this results in an always low on energy personality. Slouched body, slow movements and low pitched voice are a few common symptoms of a low on energy person.

It is lucid that after a tiresome day, your mind and body will feel tired and want to be at rest.  However if and when even adequate sleep doesnt put you at ease, you must want to talk to someone. 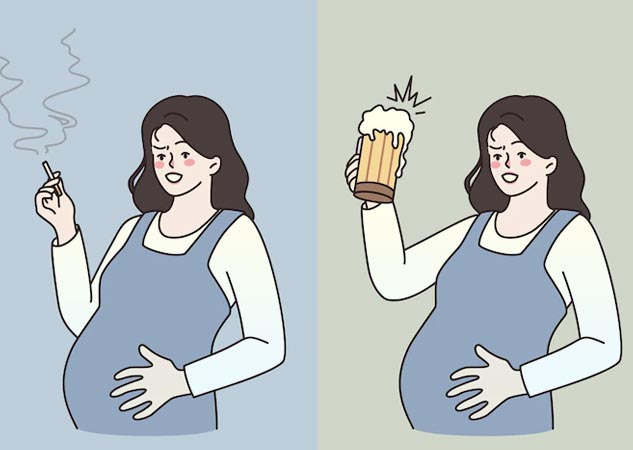 Excessive drinking can be very harmful for your health because it can cause alcohol abuse. over consumption of alcohol dehydrates your body and leads to several kinds of disorder that might  lead to trouble sleeping.

Smoking on the other hand reduces your ability to develop a positive mindful attitude. It can cause negative thoughts and impact your lung health. Smoking in any amount can lead to lung infection, shortness of breath and decreased immunity in the body. It might even lead you to complications such as arthritis and osteoporosis in older adults.

Also read: A List Of Least Harmful Alcohols And How Much Can You Drink Revealed by A Dietitian

Self harm or injury thoughts can be the result of depression and extreme stress. People often cause self harm when they are in deep elongated trauma and might take steps that could impact them and people around them. Becoming upset can trigger an urge to self-injure. However, such a repetitive thought is a very serious symptom of mental illness and you might directly consult a doctor/ therapist.

Intermittent explosive disorder or IED is an overlooked mental disorder that is identified by mutiple nuances of anger and sudden outbursts in which the person loses control entirely. This mental disorder usually begins in adolescence due to over thinking and inferiority complex. Nonetheless, most people continue to experience it later in their life, too.

7. Under Confidence about your own self 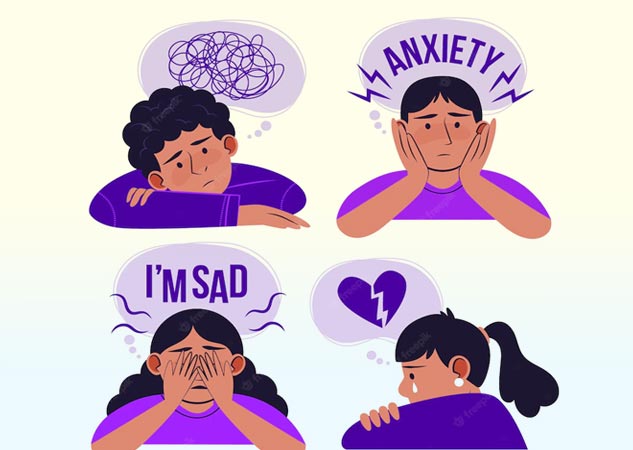 Talking to the right person comes into the play as sharing eases the burden and right advice boosts confidence.

In recent years, there has been an increased awareness about mental health with government, influential people and institutions who also focus on spreading the awareness. This has led to an increased understanding of the importance of mental health. There is also a reduced stigma around seeking help. India sure is slowly yet steadily moving towards the importance of understanding the mental health of one and all. Albeit, India should invest more in mental health awareness as it is the need of the hour, says Dr. Siddhika Ayyer. Consultant Psychiatrist,  Gleneagles Global Health City, Chennai.