It has been ages since the field of Psychology & Science have been studying men and women, albeit their brain or mind and more

Why do we have to say that women are from mars? None fields of research have led to resolving the conflicts and complexities that trouble the individuals of men and women. The situation has worsened as we see regular individuals, actors, athletes, celebrities of all fields battling depression behind closed doors and while very few do so openly. The vocalisation of mental health issues is comparatively new, and clearly, more women are open to seeking help than men. This itself is reflective of the cultural orientation embedded over the years in our society, i.e. women usually don’t have a problem asking or seeking help as they have been told continuously that they are to lean and depend on the more vigorous sex. For men, asking for assistance is very difficult as they are brought up believing that they have to be the James Bond, the Super Man, Pati Parmeshwar, The Leader at Work, The Rock that does not melt and can withstand the heat and craziness of life. Additional social pressures like the fear of being branded as weak, feminine or ostracised from the pack, keep them in the Strait-Jacket. 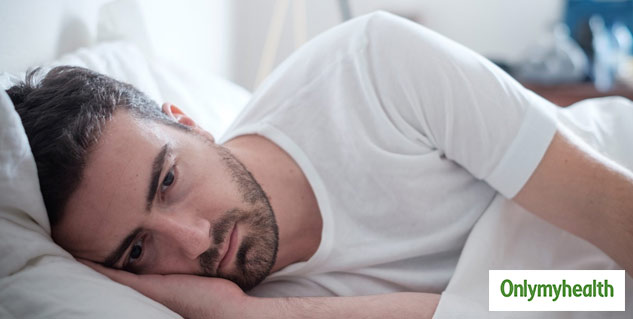 This is true at the workplace, socially or at home. Men feel that they are supposed to set an example. The boy is not supposed to cry, not reprimanded for being aggressive; it is drummed into him that he is the provider for the parents and the Shravan Kumar of the yesteryears. This pushes men to consciously or inadvertently suffer from anxiety issues, powerlessness, depression. At the same time, use defence mechanisms to mask their confusion and helplessness to act and do per the multifaceted expectations.

Men are also influenced by other men and tend to listen more to them as well. This comes from years of patriarchal systems that we have been a part of. Creation is both -Ying & Yang, Shiv & Shakti, albeit, Man & Woman. It is the ability to bring the two together that creates balance. It is a balanced viewpoint that is likely to progress to a success that includes both prosperity & peace. An extension of this space that influences men more than women is the ‘Peter Pan Lockdown’ which is a permanent schoolboy state that many men get stuck in. This does not refer to a good sense of humour or being childlike from time to time. This is repetitive behaviour of being the -joker of the class, school prefect in charge, the soulful Romeo or the “jugaad” man. While each of these traits can be useful in life, they can be blocks to success if they become a loop in the personality as it is likely to lead to conflicts and failures as the person is not growing linearly, he is going around in circles.

Culture, social, family, peer and work pressures tend to skew the boys thinking, which will impact their later life when space, environment & people change in which they are living. If you have been told that you are the man and in charge of all decision making and you have a boss who is a woman, this invariably creates problems in the persons mental make-up. This problem is then likely to get extended to the home front with the spouse as well if he has married a woman who has an identity or wants to have a personality. The inability to go with the flow is hampered by past diktat’s, embedded thoughts and emotions

Alexithymia refers to a person’s inability to identify or verbally describe his or her feelings. The term comes from the Greek language and means “no words for feelings”. Many men do have this issue, and bottled up emotions will lead to health issues, therefore, making it critical that they first become aware of this as a problem and then fix it themselves, with close family or seek professional help.

Tips To Manage Alexithymia: Finding someone to talk to, for guidance is not the end of the world. It is the beginning. Going to a Therapist with the appropriate background can help a lot. Important to note that the motive of therapy for men is not to change them but to tap into their internal self that already has the latent perspectives and their true identity, inner strength and ability to deal with difficult people and situations resiliently and masterfully! 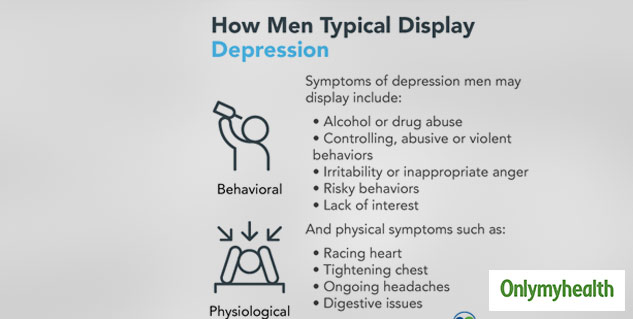 Tips To Manage Depression In Men

These tips can come in handy for men struggling in finding solutions to their mental health issues: