Virus spreads faster than you think

Viruses can spread faster than we think; it's just a matter of two hours for a single contaminated doorknob to contaminate the whole office or hotel building. A new research has found how fast virus can go around on its infection-causing spree.

A person with flu can spread the virus to others up to 6 feet away and cold and flu season makes us especially vulnerable. Infections like cold and flu are caused by viruses which are also responsible for many other deadly diseases like AIDS, Ebola hemorrhagic fever, hepatitis and herpes. But can germs really cause so much trouble fast enough and if yes, how?

Researchers from the University of Arizona have tracked how germs travel and find common contamination hot spots. You won’t believe but a single door knob can cause the virus to spread throughout your office building in less than two hours. Flabbergasted? Wait for more. 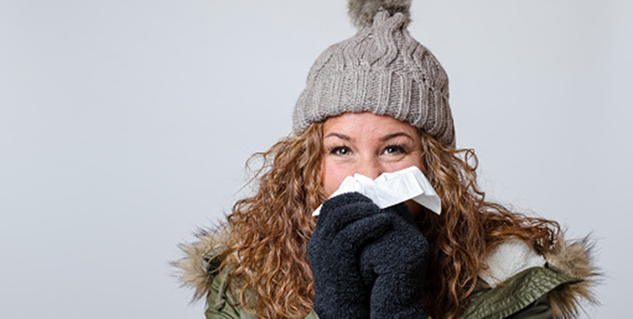 The lightening speed of a virus

Researchers placed a virus tracker on objects that are touched frequently, such as doorknob and tabletop. They sampled many potential surfaces like switches, bed rails, countertops, sink tap handles, and push buttons at multiple time intervals, from two to eight hours.

It was found that almost 40 to 60 percent of the surfaces were contaminated within two to four hours. “If we placed a tracer virus on the push plate to an office building, it ended up on almost 50 percent of the high-touch surfaces and office workers’ hands within four hours,” says study author and microbiologist Charles Gerba, PhD. “In the case of the hotel, we placed the virus on the nightstand in one room, and it was spread to the next four rooms by the maid during cleaning.”

The study used a virus similar in properties as the human norovirus which is responsible for causing acute gastroenteritis in the US. Norovirus affects about 1 in 15 Americans every year and causes around 56000 to 71000 hospitalisations. It is also responsible for 570 to 800 deaths annually. You can commonly get infected with this virus by touching contaminated objects and then putting your finger in your mouth.

The intervention from virus spread

Using disinfectant wipes containing quaternary ammonium compounds or quats at least once a day could reduce the number of contaminated surfaces by more than 80 percent. This was found true by the study through its intervention phase where it instructed the office employees to use these wipes.

“The best weapons in germ warfare are hand sanitizers, hand washing, and the use of disinfecting wipes,” Gerba says. To protect children in the classroom, he recommends sending them to school with wipes to clean off their desks.

Steps to reduce the spread of norovirus

The U.S. Centers for Disease Control and Prevention (CDC) recommends the following steps to be taken in order to avoid contamination from norovirus and cold and flu.

Proper Hygiene- Whenever you go to the bathroom, always wash your hands thoroughly with soap and water. The same rule applies to whenever you are cleaning dirty diapers, or are going to prepare or eating food. If you don’t have soap and water handy, don’t forget to apply an alcohol-based sanitizer. It should contain at least 60% alcohol. 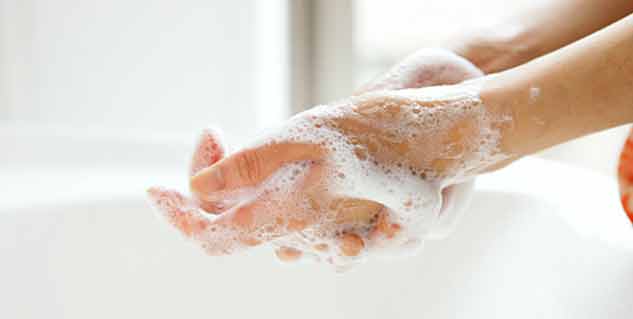 Kitchen Caution- Before eating or cooking, wash all your fruits and vegetables thoroughly. Sick people shouldn’t cook food for others because they may unintentionally contaminate the food with virus which could in turn make others sick.

Laundry- Contaminated wash clothes and linens should be immediately washed. To avoid getting infected from them, use rubber gloves and wash your hands right after you are done handling soiled items. Set your washing machine to the maximum available cycle length and add detergent for washing clothes of a contaminated person. This will prevent virus from getting transferred to other clothes and spread.

If you have flu or cold, you are a potential source of spreading that virus to other people. You should try to stay home as much as possible, take rest, eat a nutritious diet and take prescribed antibiotics on time to recover fast.