9 Types of Bread that Can Help You Shed Pounds

Know which kind of bread is helpful in weight loss and why. Read below to know more about health benefits of breads

As the old saying goes, the mother of all carbs is a master of none. A staple food prepared from a dough of floor and water by the process of baking, bread has been a known food for centuries. Rich in calories, breads keep away from low-carb diets. Bread being rich in carbohydrates has been a prominent food since the dawn of Neolithic period.

Usually structured from a wheat-flour dough cultured from yeast, fermented with east and baked in an oven, types can vary across continents. Specific wheat varieties are also used for the preparation of bread including spelt or hulled wheat, emmer, einkorn wheat and khorasan wheat. Non-wheat breads are usually prepared from non-wheat cereals including maize, rye, barley, oats, sorghum, millet and rice in addition with wheat flour owing to less gluten content. A special variety of gluten-free breads are manufactured using ground flours from a mixture of ingredients such as almonds, rice, corn and legumes like beans and tubers like cassava roots, but, being less in gluten are not able to hold shapes for long. 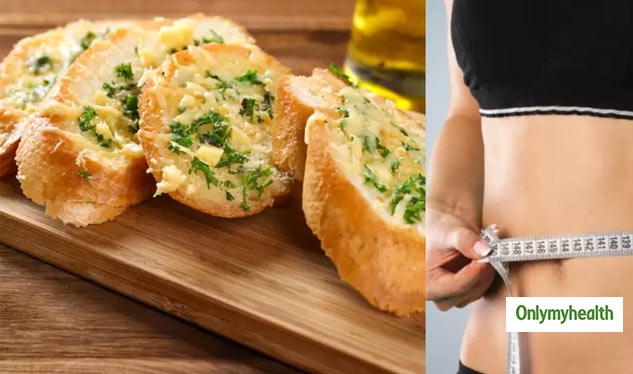 Also Read: 5 Healthy Bread That You Can Indulge In Guilt-Free

Why Are Breads Considered Healthy?

Bread consumption is associated with nutritional benefits, taste, portability and an easy consumable diet. Though there are different varieties ranging from whole grain types to sweetened bread, cornbread, flat bread, sourdough to sprouted grain bread and soda bread, and an important question remains as to which type is healthier to consume than others.

To avoid excessive weight gain, consumption of whole wheat bread in an adequate amount maintains the supply of necessary energy in the body. Nevertheless, one must be careful of the intake of excessive calorie than required as it can lead to deposition of more fat in the tissue. Whole grain breads can include an essential component of your diet but a lot depends on how you take it. In such cases, a homemade sandwich consisting of salad or grilled chicken is a healthful option.

Types of Bread One Must Rely on to Lose Weight

Though we find dozens of bread types filling our shelves or lining up cook books and market shelves, certain types are healthier and nutritious than others. Some breads are rich in fibre, vitamins and minerals, while others are rich in processed grains which depreciate nutritional value.

Some of the healthiest breads one can look forward to include:

As the name suggests, sprouted whole grain breads are prepared from whole grains that begin to sprout from exposure to heat and moisture in atmosphere. Sprouting increases presence of nutrients in bread. The process partially breaks down starch content thereby lowering the amount of carbohydrates. Sprouted grain breads are nutritionally similar to ones made from whole grains in which the entire grain is consumed. Both the types are comparatively beneficial and nutritious as they are naturally rich in fibre and white flour has essential vitamins and minerals to make up for the loss during processing.

Sprouted grain breads are inclusive of whole grains and legumes and offers us with a variety of nutrients than bread made from whole wheat solely. 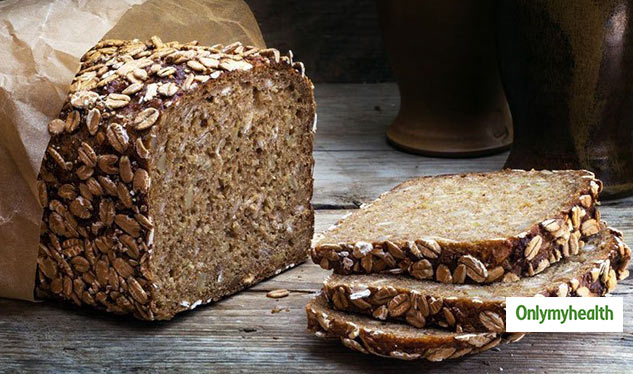 Sourdough is typically made from the process of fermentation that depends on naturally occurring bacteria and yeast to ferment. Research suggests fermentation to lower the quantity of phytates, also referred to as phytic acid responsible for locking certain minerals and exploit their absorption. As compared to other breads, sourdough is easier tom digest due to the generation of prebiotics and probiotic elements during fermentation. Probiotics are a group of healthy bacteria found in food and certain food types, while prebiotics comprise of non-digestible fibres feeding the bacteria. Consuming sufficient quantity of these aids in digestion and gut health. Sourdough bread is also considered to have a low glycemic index (GI) through which impact of food on blood measure can be analysed.

Sourdough can be made whole wheat and white flour providing essential nutrients and gains from fermentation, while whole-wheat sourdough has more fibre and iron contents.

Whole grains are known to keep the entire structure of the grain intact along with the germ, endosperm and bran. The bran consisting of the hard, outer layer is rich in fibre. The bran and germ portions are rich in proteins, fat, vitamins, minerals along with plant elements while the endosperm is mainly starch.

So, whole grains inclusive of whole wheat are a rich source of fibre and are more nutrient friendly than refined grains which are mostly processed. Whole grains reduce the risk of type 2 diabetes, certain cancers and heart diseases. Though many bread sellers and manufacturers mistakenly use false labels to make the bread appear as “whole wheat,” but, are rather composed of refined flour.

Oat bread is a rich combination of oats, yeast, whole wheat flour, water and salt. One of the healthiest food choices rich in low carbohydrate content, oats take time to digest and make our stomach full for long. Oats are optimum in fibre and essential nutrients including magnesium, vitamin B1, iron and zinc. Fibre present in oats in the form of beta-glucan help lower cholesterol levels and regulate blood sugar.

However, some breads with the label of “oats” may consist of refined flours and added sugars. 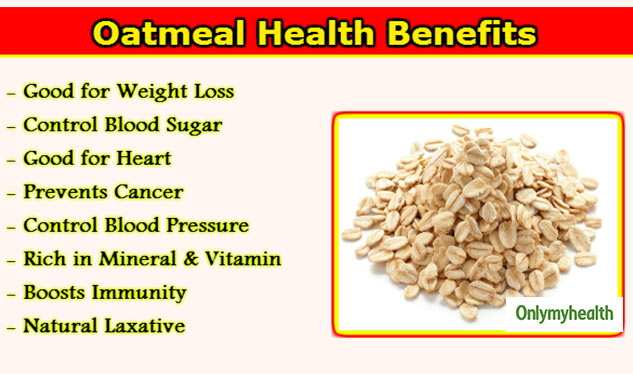 Also Read: Brown bread Vs Chapati: Which One Is Healthier And Why? Here's what Nutritionist Sneha Sanjay D Has To Say

One of the healthiest bread types, flaxseed bread is primarily made from whole grain flours and essential flax seeds. Flax seeds offer a range of nutritional benefits being a vital source of alpha-linolenic acid (ALA), a type of omega-3 fatty acid found in plants.

Flaxseeds health benefits are such that it is known to enhance the working of compounds like lignans that function as antioxidants in our body protecting against certain cancers. Studies indicate people depending on flax seeds to be 23% less prone to breast cancers. Flax seeds also improve digestion and one should look for flax breads with consisting of limited ingredients such as whole wheat or sprouted whole grain flours, etc.

Rye is a traditional recipe and is considered rather nutritious. Traditional rye bread is composed of rye flour and does not include wheat flours, while modern rye breads are a rich combination of the two. Studies indicate rye bread to have less effect on blood sugar levels and makes one fuller.

The healthiest types of rye bread are manufactured from 100% whole-grain sprouted rye flour apart from other sprouted grain flours. 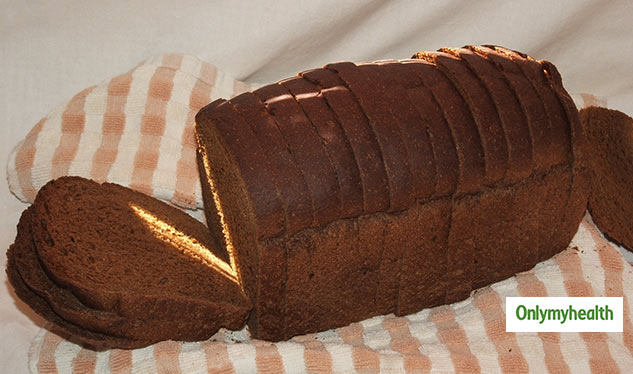 A good option for people depending on vegan and gluten-free diet, brown rice bread is full of fibre, proteins, thiamine, calcium, magnesium, potassium and fibre found in rice. Brown rice is considered to be highly nutritious, and gluten-free that consists of vitamins, minerals and other health compounds.

Consumption of whole grains such as brown rice can help prevent certain health conditions like diabetes and heart diseases. Consuming brown rice for white rice is a beneficial source of carbohydrates that can be eaten anytime and help you reduce excess weight. 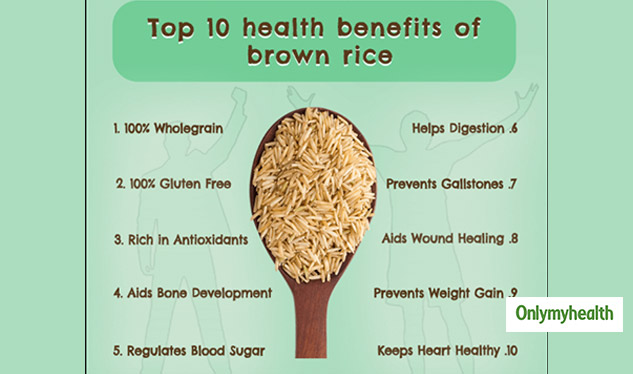 Ezekeil bread is made from sprouted whole grains without added sugars. The process of sprouting raises bio-availability of vitamins, such as Vitamin-C, minerals like folate and lysine so, is a powerful diet enriched with nutrients.

Thus, the above classified forms of bread indicate that bread is not all that bad just that, we need to make a right choice between the healthier alternatives and look for means to process bread at home.

What Is Hallelujah Diet? Here's What You Should Eat And Avoid To Follow It