Ketogenic diet is found to be helpful in slowing down the growth of cancerous tumour thereby increasing the survival time of a patient.

We have heard this term ketogenic diet a zillion times but then, it is associated only with weight loss. This diet was designed to put the body into ketosis which helps in burning body fat and aiding weight loss. Now, a professor from Boston College has advocated the benefits of this diet or ketogenic metabolic therapy(KMT) in slowing the progression of a tumour. The report suggests that this is more effective than other cancer therapies. Read the full article to know if this is actually true.

This research was based on a case study of a British man who refused to take standard cancer therapies for his fatal glioblastoma tumour and instead went for a ketogenic diet. He found that the tumour growth became really slow after that reflecting the power of using the body’s own metabolism to control aggressive cancers.

This study is published in the journal- Frontiers in Nutrition. This is based on the use of only ketogenic metabolic therapy without radiation therapy or chemotherapy for a person diagnosed with glioblastoma cancer. KMT is nothing but a nutritional approach for managing cancers by controlling diet. Thomas Seyfried, Biology Professor at Boston College and co-author of this study says, “As GBM, like most malignant cancers, is dependent on fermentation for energy synthesis and survival, the simultaneous restriction of fermentable fuels, such as glucose and glutamine, while elevating non-fermentable ketone bodies, offers a non-toxic therapeutic strategy for managing GBM. Further studies will be needed to test this hypothesis in other patients diagnosed with GBM.” 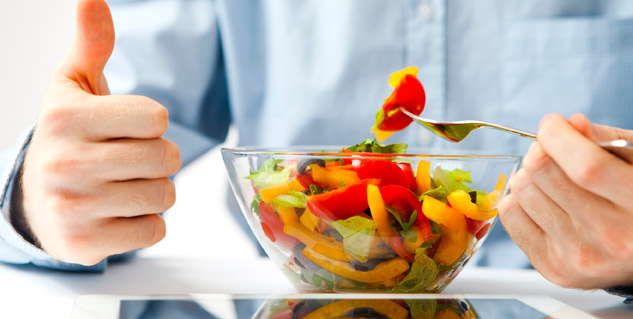 GBM is a fatal cancer type as it is largely unmanageable with a lesser survival time. People live an average of 15 months after getting diagnosed with this cancer. Despite new therapies, no improvement in the survival rate was seen but KMT showed significant results. While other cancer therapies cause toxicity, KMT is a non-toxic approach with great results as it was shown in the patient.

Also Read: Check Out These Dangers Of Keto Diet Before Using It For Weight Loss

“In light of continued slow progression of the residual tumour, the patient intensified his KMT starting in October 2018 with the inclusion of mindfulness techniques to reduce stress. While Magnetic Resonance Imaging (MRI) shows slow interval tumour progression, the patient remains alive with a good quality of life at the time of this report.”

Seyfried says, “We were surprised to discover that KMT could work synergistically with the IDH1 mutation to simultaneously target the two major metabolic pathways needed to drive the growth of GBM. Glucose drives the glycolysis pathway, while glutamine drives the glutaminolysis pathway.”

“No tumour, including GBM, can survive without glucose and glutamine. Our study has identified a novel mechanism by which an acquired somatic mutation acts synergistically with low carbohydrate, high-fat diet to provide long-term management of a deadly brain tumour,” he added.

Researchers concluded by saying “We cannot predict if the therapeutic response to KMT seen in our GBM patient will also be seen in other similarly treated GBM patients. For those GBM patients not fortunate enough to have acquired the spontaneous IDH1 mutation in their tumour, glutamine targeting drugs used with KMT will be necessary to reduce tumour growth.”