Here is why broken night’s sleep is as bad as not sleeping at all!

Why do young parents usually appear fatigued and less alert? Because they wake up often to a crying baby. Learn what effect do sleep disruptions have on your next day routine and health.

Parents know how hard it can get waking up often during the night to look after their baby. It usually leaves them feeling completely drained out. According to experts, interrupted or broken sleep can be as bad as not sleeping at all. A recent study has established a link between interrupted sleep patterns and compromised cognitive abilities, shortened  concentration spans and negative moods. 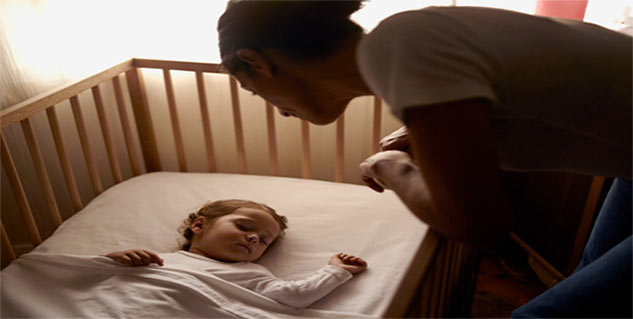 One of the most common causes of disruption of sleep is a crying baby demanding attention in the middle of the night. Although these night disruptions may be relatively short but they can significantly hamper the natural sleep rhythm.

Researchers have never studied the effects of such disruption in sleep on an individual's day time alertness, mood and cognitive abilities. But they have discovered that broken sleep is equivalent to no more than four consecutive hours of sleep, hence doing not much good to you.

The researchers studies 61 adults who were monitored at home with the help of  wrist bands which detected when they were awake and when they fall asleep. The volunteers slept for normal eight hours for few nights, then they were awakened 4 times by phone calls every 90 minutes the next night.

Every morning the volunteers were asked to finish certain computer and fill some questionnaires to check their alertness, attention and mood. The results showed a direct link between broken sleep and poor focus spans and negative mood after just after one night of interruptions.

The researchers then conducted another test in which they allowed the volunteers to sleep for 4 hours and came to know that results were similar to the previous test, suggesting regular night disruption has similar effects as only getting half the recommended 8 hours sleep.

If the disruption continues for more than one day, the ill-effects begin to accumulate and therefore the price new parents, who awaken 3 to 10 times a night for months,  have to pay for common infant sleep disturbance is huge. Furthermore, not getting proper sleep may develop the feelings of anger towards their babies, making them guilty later about their negative feelings.