A popular TV actor and Bigg Boss 13 contestant, Vishal Aditya Singh is going to celebrate his 32nd birthday this 25th of January

Known for his looks, personality and mostly for performing the role of ‘King Veerendra Pratap Singh’ in the show Chandrakanta, actor Vishal Aditya Singh is now a part of Indian Television’s most controversial show Bigg Boss 13. Known mostly for his warm-headed nature, tuffs with his ex-girlfriend on the show, he has also played some of the other iconic roles like Lakhan Thakur in ‘Begusarai’ and Tevarr Singh in ‘Kulfi Kumar Bajewala’. He has also gained much popularity while he took part in shows like Box Cricket League and Nach Baliye Season 9. Vishal Aditya Singh is going to celebrate his 32nd birthday on the 25th of January. On the occasion of his birthday, let’s look at how the fittest man in the Bigg Boss house keeps himself healthy and motivated.

His Fitness Mantra And Diet 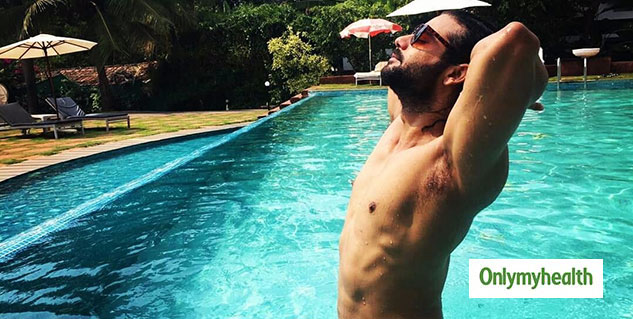 On maintaining his superb physic, as stated in tellychakkar.com, Vishal workouts every day at least for an hour or so. He doesn’t take a rest day at all. He thinks that being regular, healthy and positive has been his fitness mantra. He also focuses on functional training by doing exercises like running or skipping.

Also Read Arthritis Awareness: Joint Problems And Various Cures And Precautions To It

Emphasizing on how he’s particular about his meals, Vishal avoids junk food and any food which is fried. Vishal certainly does not have a diet chart but likes to keep his meals healthy. His mornings are mostly with oats with the occasional addition of eggs, salad, milk and fruits every alternative day. But like every other person, for Vikas, sweets are his weak points and can think of all things sweet whenever hungry. Although, for maintaining his calorie intake, he often tries to work out a bit more on the following day when he has had a lot of sweets than usual.

As told to tellychakkar.com, Vishal says that when he sees fat people and their problems, he feels motivated about making himself fitter than he is today. This makes him hit the gym regularly. Also, as an actor, he feels he should be looking fit and good every time and everywhere. His inspiration is the Ironman of India, Milind Soman as he is super fit. Vishal feels that at this age, he has a great body, and that’s how he wants to be.

MORE FOR YOU
4 Reasons Why You Should Not Get Wet In The First Rain Of The Season
Is Tuberculosis In Children Different From Adults? Know The Symptoms, Causes, Treatment
6 Secret Side Effects Of Missing Breakfast
Toddler Food Allergy: How To Know Your Toddler Is Allergic To Certain Foods
5 Signs That Indicate Your Partner is Emotionally Cheating On You
5 Nutrients That Are Important For Your Mental Well-Being

Suffering From Osteoarthritis? Here Are 5 Low Impact Exercises That Can Help You Get Relief From Pain