Expressive Language Disorder: Know About This Communication Disorder In Children

Expressive language disorder is a communication disorder that affects the learning and expressive abilities of a child. Get more details here.

Do you think that your child is inexpressive? He/she is unable to communicate well with people let alone get comfortable with people around them? Though this is normal with many children as they aren’t easy to adjust to people or connect with new people. Over time, their behaviour improves but children with an expressive language disorder won’t unless they are provided the needful treatment. Generally, kids develop this disorder in early childhood. If you are also a parent to a toddler, you must read this article to find out about language disorder, its causes, symptoms and treatment to be able to identify such a condition in your tot.

What is Expressive Language Disorder?

When your child is unable to make himself understood by people either because they are unable to express themselves or they are uninterested in communication, this is a type of communication disorder termed as expressive language disorder. In such cases, it is difficult for the kid to make friends and he/she might feel withdrawn at some point in time. While this is linked to social behavioural issues and generalised anxiety, the kid may even develop self-esteem and learning problems.

However, the point to note here is that they do not have learning issues. While they may find it hard to make themselves understood to people, they can very well understand what you or other people are trying to deliver. Language disorders don’t have anything to do with speech problems if you are thinking so. It is all related to expressing oneself. A child with a language disorder might be well-versed with speech and words but they are unable to make themselves clear in front of people due to problems with spoken language. Even intelligent kids can have this issue. Also, it is not a major problem but can be tackled through the right therapy at the right time. Let us tell you the types of language disorders. 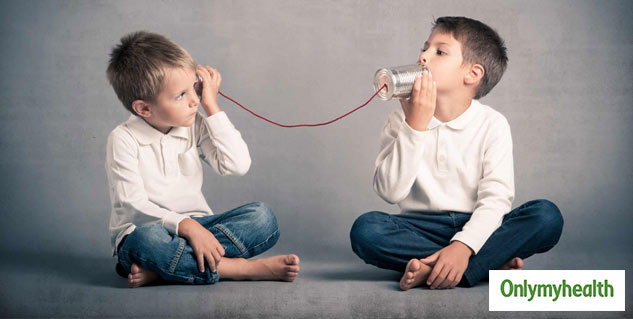 As per Psychiatrist Dr. Kaustubh Joag, there are three types of language disorder:

1. Receptive language disorder- The child is unable to understand what others are saying. They may not be able to decode the speech of someone and therefore, reply in non-sensible manners. This may sound weird to the other person and they may regard this as a manners issue but in reality, the child is responding to what they have perceived from the speech. It might not be exactly what was said.

2. Expressive language disorder: In this kind of disorder, the child can very well understand what others are saying but they don’t understand themselves. They find it difficult to choose the right words and make a sensible sentence.

3. Mixed receptive-expressive language disorder: In this case, the child is unable to use the right language as well as understand what others are saying.

Also Read: Impact Of Social Media On Your Child And Ways To Reduce 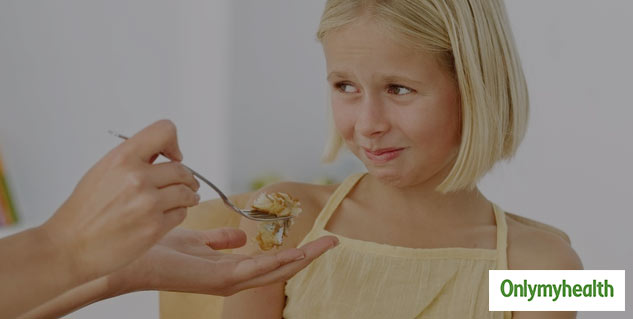 Some children with expressive language disorder may catch up with their peers. There may be a delayed language and understanding development. The delay is caused due to factors like:

In some cases, the delayed language may lead to various other developmental issues like learning disability, hearing loss, autism, etc.

What are the symptoms of expressive language disorder?

In most cases, children develop this disorder in the early years. The reason why parents fail to spot the symptoms is that children usually have speaking and understanding issues in the initial age. When comparing the symptoms of the expressive disorder and receptive disorder, kids get the former in the early years whereas receptive language disorder is developed a little later. Here are some of the initial symptoms that a child with expressive language disorder may show: If you notice unusual symptoms in your child’s behaviour, you must get them to a child psychiatrist. They can diagnose the condition through several tests such as non-verbal intellectual tests, standardized expressive language tests, etc. These need to be done to prevent learning disabilities in the future.

Also Read: Signs That You Are Dealing With Body Dysmorphic Disorder

This is not a serious condition that cannot be treated. It is just a disorder that can be easily cured through the right treatment measures. Here are various therapies that a psychiatrist conducts.

This is the best treatment for communication disorders. If you see symptoms of expressive language disorder in your child, take him to a speech-language pathologist or a speech therapist. They would help in getting better at spoken language. After some sessions, you would see your child speaking properly, using correct words and understanding more. 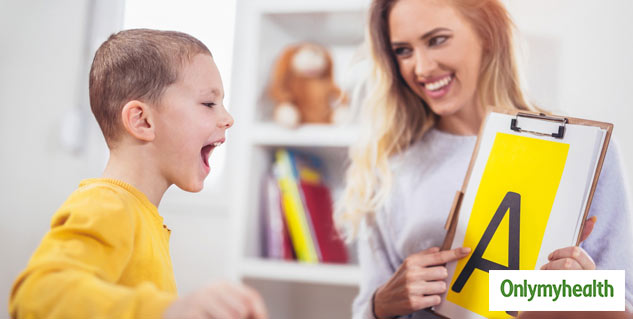 They would also help them with gestures and other modes of communication to build their self-confidence. Some children have a stuttering problem along with language disorder. They need to be treated differently. The therapist would make them talk more to treat the core issue. It would not only aid stuttering but also speaking and understanding abilities. The therapist also helps parents to connect more with their children.

The other treatment option is psychological therapy. In this, counselling is provided to the child facing troubles with understanding and expressing themselves. Since this condition could trigger bouts of frustration or act out, it is important to take them to someone who understands their psychology and help them overcome their behavioural and emotional issues.

Can language disorder be prevented?

Unless the communication disorder is genetic, it can be easily prevented by exercising some measures. Eating right during pregnancy and ensuring that the child is getting all the nutrition needed for optimal growth and development. Good nutrition is the key to prevent most the childhood disorders and diseases.

Here are some tips for parents to help children become more expressive and able to understand what others are saying to them.

Expressive language disorder is a short-term condition that is both preventable and treatable. You just need to be vigilant as a parent to identify the symptoms and help the child get over them. If needed, consult a psychiatrist or take him to a therapist for treatment.