Hallucinations may affect your sensory experiences adversely. Read on to know about the types, symptoms, causes and treatment of hallucinations.

What is Hallucination? Hallucination means vivid perception of something which is not there, in the absence of external stimulus. These are basically called sensory experiences that may feel real but are the creation of your own mind. Some people have a perception that hallucinations are just what a person sees and it isn't there. However, this term is much more broad than that. This disorder can affect all five of your senses, including sight, sound, smell, taste, and touch. For example, a person might hear voices in the ears or have a sensation of a reptile on the skin. These symptoms may occur from a  mental illness, a brain disease, drugs or some side effects of medications. Shockingly, people who are suffering from seriously illnesses, like a liver failure or kidney dailure may also experience hallucinations. It has been noted that people with high fevers may also produce hallucinations in some cases. A patient should visit a neurologist or psychiatrist to treat these hallucinations. Onlymyhealth editorial team talked to Dr. Manoj Khanal, Principal Consultant & Unit Head, Max Super Speciality Hospital, Shalimar Bagh, about the symptoms, causes, types, diagnosis and treatment of hallucinations.

The structural causes are: 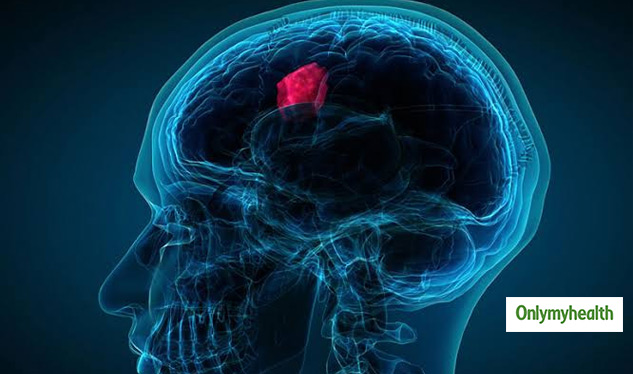 The non structural causes are:

Also read:  All You Need To Know About Paranoid Schizophrenia 2. On the other hand, complex hallucinations are when there are associated features along with the  hallucinations. Besides elementary Hallucinations, one may experience many other symptoms alongside. They are:

Hallucinations trigger bodily sensations that are not actually true. One may think that it is just limited to this, but hallucinations have many more types except this. Hallucinations basically follow the sensory mobility. The most common types of hallucinations are visual, auditory, olfactory and tactile. They main hallucination types are:

As mentioned above, auditory hallucinations are the perception of hearing of false sounds and voices. The person may hear noises in the head internally, also called tinnitus. This is just the mental state of the person having the hallucinations and is not happening in the outside world. In this, there is no visibility but sounds only in the ears.

Olfactory hallucinations are associated with your sense of smell. You may smell an unpleasant odor or even a very good fragrance sometimes. Mostly, people smell something bad even when nothing is there.

Sometimes, people complain that some sort of insect is crawling on their skin when there is nothing. Therefore, this imaginary feeling of a touch or movement on your body is called tactile hallucinations.

Dr. Manoj said, "The diagnosis is based on a proper history of the patient and clinical examination. In simple, you will get nothing but in complex, you might get other features like being unable to walk, being bedridden, sleep deprivation and other symptoms like aggressive behaviour. Routine blood test is also done for toxicology or to rule out stroke or Wilson's disease by brain imaging and EG. These can rule out the structural causes." When the medical professionals still do not find anything, then it is termed as functional disorder or neuropsychiatric disorders like schizophrenia, alcohol abuse, drug induced, etc. After doing all this, the doctor can reach to a final diagnosis. Dr. Manoj said, "The treatment of hallucinations depends on the cause. You need to treat the stroke, they will come down. By the time you can give ymptomatic treatment, like if the patient is having hallucinations, they can have a drug known as atypical antipsychotic drug that is available in the market. If the hallucinations are fixed and occur all the time, then the doze of this drug is increased as prescribed by the doctor." If the cause is some form of mental illness, then the patient needs to be consulted by a neurologist, psychologist, psychiatrist or a counsellor. The most important this is that if you find the trigger and it is due to family issues, stress or unhealthy lifestyle, lot of intake of drugs and alcohol, then there is a need to modify the lifestyle. Sometimes, hallucinations may go on for several months or years, so if you find the cause at an early stage, then treat it early, otherwise the symptoms of hallucinations might become refractory. A lot of patients leave all medication and their life span reduces as they leave their jobs and start living an unhealthy life. Therefore, it is important to treat hallucinations as early as possible.

Also read: Is Drug Addiction Taking Over Your Health? Tips To Stay Drug-Free By This Lifestyle Coach

These were the types, causes, symptoms, diagnosis and treatment of hallucinations. There is an immediate need to visit a neurologist or psychologist after experiencing such symptoms. Recovery depends upon the cause, if the patient will get treated in a short span or a long period of time. Reporting this disorder on time, before the increase of symptoms is of utmost importance. In case of mental illnesses, the doctor may also prescribe medications. Along with this, proper sleep and diet is also recommended to cope up with it.