All You Need To Know About Paranoid Schizophrenia

Paranoid schizophrenia is a serious and chronic psychiatric disorder in which patients experience auditory hallucinations and have delusions of persecution or of grandeur.

Paranoid schizophrenia is a severe and chronic psychiatric disorder in which patients experience auditory hallucinations (hear voices that others do not) and have delusions of persecution (feelings of being persecuted or plotted against) or of grandeur (such as being famous or even a deity). Paranoid schizophrenia is the most common type of schizophrenia, a disorder that impairs a person’s ability to distinguish between real and unreal experiences, think logically, have normal emotional responses and behave appropriately in social situations. 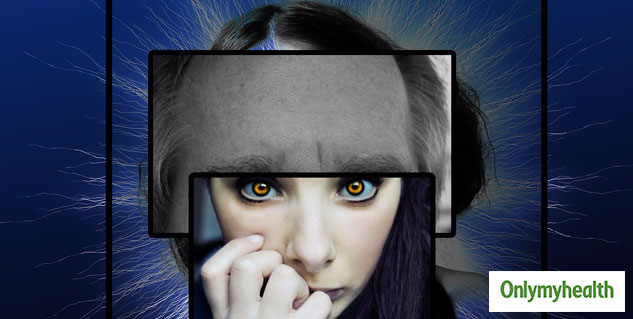 Schizophrenia tends to run in families. Although it occurs in 1 per cent of the general population, it occurs in 10 per cent of people who have a first-degree relative (parent, brother or sister) with schizophrenia. People with a second-degree relative (aunt, uncle, grandparent or cousin) also develop schizophrenia at higher rates than the general population. In addition to genes, environmental factors may play a role, such as factors that may cause mild brain damage in a developing fetus and complications that occur during birth. Psychosocial factors, such as stressful conditions, may also contribute to the development of paranoid schizophrenia.

It appears that schizophrenia is linked to abnormalities in brain chemistry and structure. People with schizophrenia seem to have an imbalance of the brain chemicals known as neurotransmitters, which allow nerve cells in the brain to send messages to each other. There are multiple neurotransmitters, but dopamine is considered to be the one primarily involved in the development of schizophrenia. Others such as serotonin and norepinephrine may also play roles in this disorder. 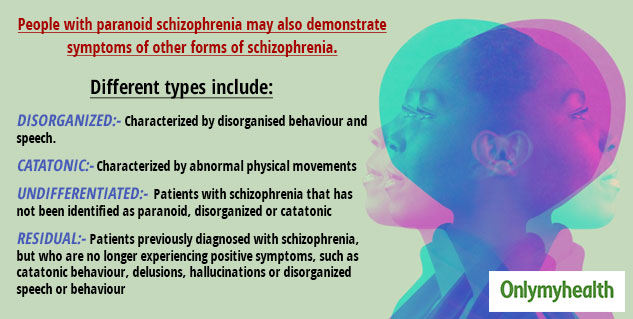 Signs and Symptoms of Paranoid Schizophrenia

The primary symptoms of paranoid schizophrenia are auditory hallucinations (hearing voices that others do not) and delusions (false beliefs that a person holds despite evidence to the contrary) of being persecuted or plotted against. Patients may also have grandiose (over-the-top) delusions, which may include themes of jealousy or religion. 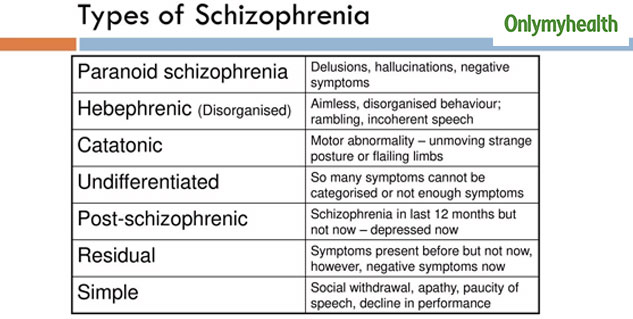 The diagnosis of paranoid schizophrenia usually begins with a physical examination that includes a medical history. A physician will also inquire about the family history of mental illness.

A physician may try to rule out other mental or physical illnesses that may be causing symptoms. Blood or urine tests may be conducted to determine whether medications, substance abuse or illness is contributing to symptoms. Some infections, cancers, nervous system disorders, thyroid disorders and immune system disorders can produce psychotic symptoms. Psychosis may also be a side effect of some medications.

A patient may be referred to a psychiatrist, who will likely conduct a psychiatric evaluation, which may include a description of signs and symptoms and an overview of psychiatric history.

Since the cause of paranoid schizophrenia is still unknown, the focus of schizophrenia treatment is to control symptoms. There is no cure, but, with proper treatment, the condition can be managed.

Patients are usually treated as outpatients. However, they can be treated in a hospital if they experience acute symptoms, such as severe delusions or hallucinations, serious suicidal thoughts or an inability to care for themselves. The most common treatment for schizophrenia is antipsychotic medication. Patients respond differently to medications, so sometimes several different drugs must be tried before finding the appropriate one. Although medication is effective in controlling symptoms, relapses can occur if patients stop taking them.

Some psychosocial treatment techniques include rehabilitation, which emphasizes social and vocational training to help patients live and work in the community, and illness management skills, which teach patients how to recognize signs of relapse and plan accordingly. Besides, cognitive behaviour therapy may be used for patients who still experience symptoms of paranoid schizophrenia after taking medication.

Although patients with schizophrenia usually receive treatment through antipsychotic medications, therapy or other means, patients must receive support from family members, friends and others.