Crazy Food Cravings of Pregnant Celebrities: if you are pregnant and wondering if your food cravings are making your loved ones run around the house, here is some insight into crazy food cravings of celebrities that is likely to give you some star 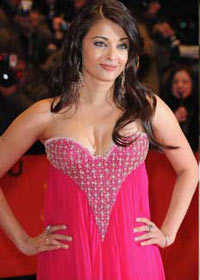 Thanks to all the details of Aishwarya’s pregnancy that have gone public that they are not secrets anymore. Aishwarya had to let go of her strict and healthy diet for her strange food cravings that were not even available in the continent. Of all the strange food cravings that Aishwarya had, foods, such as Dhokla, Sabzi Paranthas, Imli ka Achar and other mouth watering varieties hit the priority list.

When Beyonce was pregnant with her first child with husband Jay-Z, sources reported that she was on a cruise trip to Italy where she had the chefs running around with her food cravings that included hot sauce, plenty of Oreo cookies and bananas dipped in ketchup.

When Angelina Jolie was pregnant with her twins, her food cravings made headlines. The most common foods that she craved for included deep-fried onion rings dipped in mustard, dark chocolate flavoured with Mexican chilis, French fries dipped in milkshakes, cupcakes and cinnamon.

While not much has been public about Konkona Sen’s pregnancy and food cravings, it was reported from her tweets that she had a strange craving for Nepalese dishes/snacks, such as wai wai, which she just couldn’t get enough of. Konkona delivered a healthy baby boy in March 2012.

Sonali Kulkarni’s story is rather unusual from other pregnant celebrity stories. She confessed that she does not have any food cravings and likes simple and home-cooked meals most.

[Read: Does a Diet Affect Pregnancy?]

When Halle Berry was carrying a baby, she conveniently flipped jam, cheese and other bread spreads for pickle. Apparently, she loved to eat pickles by dipping them with a slice of bread.

Natalie Portman had become a vegan in 2009, but ditched her oath to stop eating non-vegetarian when she was pregnant. She couldn’t quite stay away from eating eggs and other dairy products.

When supermodel-Heidi was pregnant, she was spotted many a times at her favourite ice cream shop in New York City. Some of the Heidi’s favourite flavours included mocha and chocolate. Not only does ice cream provide much-needed calcium for a pregnant woman, it also is low in carbohydrates. Good for you, Heidi!

During pregnancy, a woman’s taste buds are thrown into an overdrive making them crave not only for strange foods, but also of strange combinations.