Schizophrenia is a chronic psychotic disorder that takes a person away from reality. However, a blood test can predict its onset years before.

What are psychotic disorders?

Psychotic disorder or psychosis is a mental health condition where the ailing person is disconnected from reality. Sadly, he/she is not aware of how they are behaving with others. Most people do not even recognize their family members. Agitation, hallucinations, delusions and coherent talking are signs of psychotic disorder. Schizophrenia is the most common psychotic disorder. 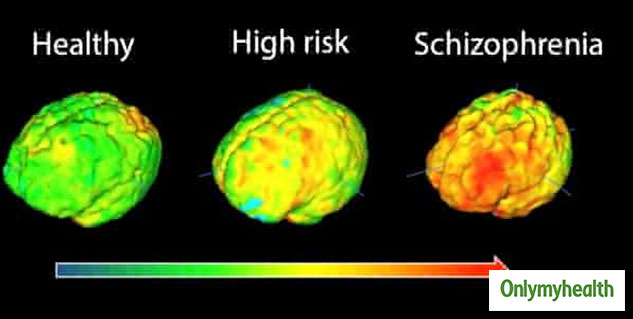 How can a blood test predict the chances of psychotic disorders?

If the reports that psychotic disorders can be predicted with a blood test are believed to be true, this is a breakthrough discovery. Recently science journal ‘JAMA Psychiatry’ published a study that explains how a blood test can predict schizophrenia and other psychotic disorders. According to the research, blood tests to determine certain proteins in the body can help in finding the future risks of developing such a condition.

Also Read: Being Surrounded By Dogs Can Prevent Children From Developing Schizophrenia Researchers studied the blood test of people who showed symptoms of psychotic disorders and are highly likely to develop a condition. After analyzing their blood samples, researchers identified a pattern of proteins that can help in establishing the likelihood of developing dangerous schizophrenia or other psychotic disorders. They studied blood samples from where the result was drawn were taken years ago before the participants developed a condition.

Also Read: All You Need To Know About Paranoid Schizophrenia

What do researchers say?

David Cotter, senior researcher and corresponding author and professor of molecular psychiatry at RCSI University of Medicine and Health Sciences, Dublin, Ireland says: "Ideally, we would like to prevent psychotic disorders, but that requires being able to accurately identify who is most at risk. Our research has shown that, with help from machine learning, analysis of protein levels in blood samples can predict who is at truly at risk and could possibly benefit from preventive treatments."

If such predictions can be made in advance, people at risk can take preventive measures to avert these psychotic disorders or reduce their magnitude.