Born Without A Uterus? Know About The MRKH Syndrome From An Expert

Here is everything that you need to know about the Mayer Rokitansky Kuster Hauser syndrome from its meaning to symptoms and causes of this condition.

Here’s a simple question for all the women out there. Be honest and raise your hand if at least once in your lifetime you have got so annoyed by your periods that you wished that they would never come back. Well we all have been there, thinking the same thing after getting those unbearable cramps, repetitive trips to the restroom and being conscious (super conscious) about spotting. Little do you know that some women are actually born without a uterus. Well yes that surely means no menstura;l cycle but that’s not it. This absence of uterus is caused due to a rare condition called the MRKH (Mayer Rokitansky Kuster Hauser) syndrome. Let us take a deep dive into this article and try to understand what MRKH actually is, how it is caused and can a person with this syndrome have a normal sexual life and have a genetic child of their own with Dr. Yuvi Jadeja, Gynecologist and Fertility expert.

Well it is not just the menstrual cycle that gets affected by the absence of the uterus and there surely is much more to it. It is characterized by the failure of the uterus and vigina to develop normally. This condition is observed in 1 person out of every 400-500 menstuarters. This syndrome affects a woman’s reproductive system and causes the uterus and vagina to be absent or underdeveloped. The absence of these organs do not have any effect on a person's external genitalia or the ovaries itself as they undergo a normal development of breasts pubic hair as they hit puberty. The first notable sign of this syndrome is that the affected person’s menstrual cycle does not begin by the age of 16 or 17. These women have a normal development of ovaries and have a female chromosome pattern.

Also Read: When Is Hysterectomy or Uterus Removal Surgery Performed?

The turning point in this condition is that it is further categorized into 2 types based upon the body system it affects. (it is not just the reproductive system that gets affected by this syndrome).

What Causes the MRKH syndrome?

As by now we know what Mayer Rokitansky Kuster Hauser syndrome actually is and what are its 2 types, let us take a step ahead and try to understand the causes of this syndrome.

Changes in the genes involved in the process of development of a child before birth have been identified in the females with MRKH syndrome. Although the exact cause of this condition is still unknown, it is observed that the reproductive abnormalities of the syndrome are caused due to incomplete development of the mullerian duct.

It is affected by the incomplete development of the mullerian duct because this is the structure present in the embryo that further gets developed into the cervix, uterus, fallopian tubes along with the upper part of the vagina.

Researchers have suggested that a combination of genetics and environmental conditions such as medications and maternal illness during pregnancy can give rise to this condition.

What are the Symptoms of MRKH syndrome?

One would never get to know that he/she is suffering through a disease, has an illness or is affected by a syndrome if symptoms would not show up. In order to understand any medical condition, it is important to know about the symptoms associated with it. Where MRKH is a syndrome in which the uterus is absent or is not fully developed, one can not tell it just by feeling their bodies and hence it is important to look out for these symptoms in order to detect the MRKH syndrome. Where non existence menstrual cycle, which means not getting your periods by the age of 16 is one of the first and most important sign of MRKH syndrome, there are some other symptoms associated to this condition as well-

Can a woman with MRKH have a normal sexual life? 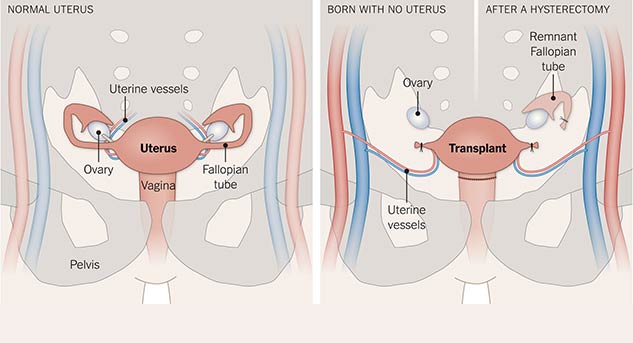 And it is a YES. Dr. Yuvi explains that in order to have a normal sex life, a person affected with this syndrome needs to undergo a surgery known as vaginoplasty. Vaginoplasty is a surgery by which a surgeon can create a functional vagina by grafting the skin from a person’s buttock or a portion of the bowel.

Not just MRKH but this surgery can also help to treat some other health issues like pelvic floor disease and vaginal injuries.

Can a woman with this syndrome have a genetic child of her own?

The uterus surely has an immense role to play in a child birth but it is an organ that carries the baby. Irrespective of having a uterus or not, a woman can have her genetic child as she has an ovary, she can have a genetic child of her own. Although the woman would not be able to carry her own child due to the absence of a uterus, the child can either be born through surrogacy or the woman can undergo a surgery called uterine transplant.

Uterine transplant is a surgery which is quite complicated and unlike any other surgery it requires 4 parties. These 4 parties are namely the donor, the recipient, partner of the recipient and the possible future child. This can simply be understood as a surgical procedure where a healthy uterus is transplanted into an organism with absence of the organ.

Also Read: Born With Half Uterus? Know Everything About Unicornuate Uterus From The Expert

Although a woman suffering from the Mayer Rokitansky Kuster Hauser syndrome has a normal growth of external sexual organs and ovaries as well but has an absence of uterus. This absence of the uterus not just causes a non existential menstrual cycle but is accompanied by reproductive complications and in some cases can affect a person's skeletal system and the kidneys as well. Yet it is possible for a woman suffering from the MRKH syndrome to have a normal sexual life and have a genetic child of their own and this condition can be treated by performing surgeries like uterine transplant and vaginoplasty.