Post Diwali, the levels of air pollution are increasing severely in the city. Our expert discusses how it affects male fertility.

Polluted air in the capital has now become a serious matter of concern with it not only affecting lungs, eyes, and heart but also leading to loss of libido in men. The poor air quality in the city has majorly affected sexual activity and drive.

Many patients in extreme ages are facing serious respiratory problems with complaints of sinusitis, congestion, difficulty to breathe and asthma, while many trying to conceive have noticed a drop in their sexual interest. Patients with a history of similar ailments are finding it difficult to tackle the toxic air, while kids under the age of five suffer from infection as the toxic material present in the air destroys their immune system. The most harmful culprit is the PM2.5 – as it is too small to be filtered, it gets settled in the developing lungs of kids to only raise the risk of asthma and other respiratory ailments.

With the ill-effects on the respiratory tract, hair and skin is also affected and becomes dry. OnlyMyHealth editorial team spoke to Dr. Gunjan Gupta Govil, Founder & Chairman, Gunjan IVF World Group, to know about the particular impact of elevated levels of air pollution in the city on male fertility.

How is pollution a contributing factor in male infertility?

With the rise in pollution, male infertility is seen to be the solitary contributing reason for a couple's failure to conceive. One out of every three men suffer from infertility issues. The male population in the city with fertility problems is greater than that of females by 15%, which can be attributed to the cause of infertility among males and the leading factors for miscarriages. The problem is that inhaling toxic air can result in degeneration of sperm and reduction in sperm count to such a low limit that it may be difficult to conceive. With a low count, motility and concentration the sperm is unable to reach inside the fallopian tube leading to failure in conceiving despite countless attempts. Reduction in the levels of testosterone causes lower desire for intercourse. Diesel exhaust and rising levels of ozone, sulphur dioxide, and particulate matter mixed in the air causes chemical reactions in the blood causing a rise in the concentration of free radicals which indirectly affects the sperm quality even in fertile men. Over exposure to ambient levels of air pollution is associated with low birth weight, growth retardation, premature deliveries, neonatal fatalities which is an indirect consequence of poor sperm quality.

How to tackle depleting sperm count?

Though pollution cannot be avoided completely, certain changes to the lifestyle and dietary control can help maintain optimal levels of sperm count ideal for conception. For a healthy sperm to develop, the following ways help in maintaining the sperm quality, quantity, concentration and motility:

Increase Antioxidants intake – These are known to help maintain sperm health. Increased intake of antioxidants is associated with improved sperm quality. They act like a defence mechanism in the body by eliminating free radicals wherever in the body for prolonged cell life. 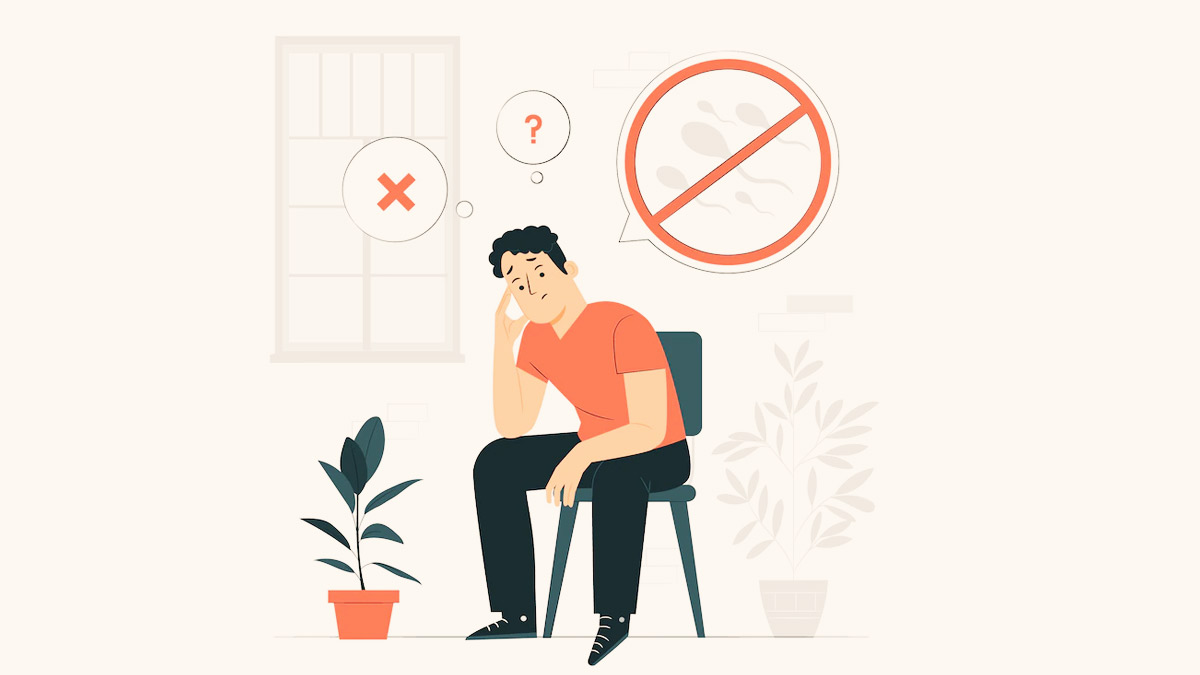 Also read:  Don’t Expose Yourself To Pollution, It Can Cost You Vision Loss
MORE FOR YOU
Can Kissing Cause Cavities?
Researchers Develop AI Model To Predict A Person’s 10-year Risk Of Stroke
Eat Your Way Through McDonald's All-New Menu While Staying Under 500 Calories
How Chewing Gum Can Impact Your Oral Health
Difference Between HIV And AIDS
8 Healthy Lifestyle Changes To Manage Diabetes Without Medication