Hangxiety: What Is It & Why Do Some People Suffer From It

GABA, a neurotransmitter generated in the brain that provides an overall depressive impact and works as a "downer”, which causes hangxiety.

If you've ever consumed alcohol late at night and woke up with a headache, you're already familiar with the concept of a hangover. While the symptoms differ from person to person, anyone who consumes too many cocktails, beers, or glasses of wine has almost likely experienced some combination of weariness, dry mouth, headache, nausea, and other symptoms the next day. However, there is evidence that approximately 12% of people who suffer from a hangover also suffer from anxiety, including intense feelings of dread, anxiousness, fear, and remorse over what was said and done the night before. This post-drinking malaise has been termed "hangxiety" by various media outlets, and it is, in fact, a genuine phenomenon.

Alcohol has long been known to have an effect on the physical and psychological states of drinkers. According to a study, excessive alcohol intake affects yourmood, interrupts sleep, increases anxiety, tiredness, and causes bodily and emotional symptoms throughout the next morning. However, for some people, even a small or moderate amount of alcohol can also cause anxiety the next day. 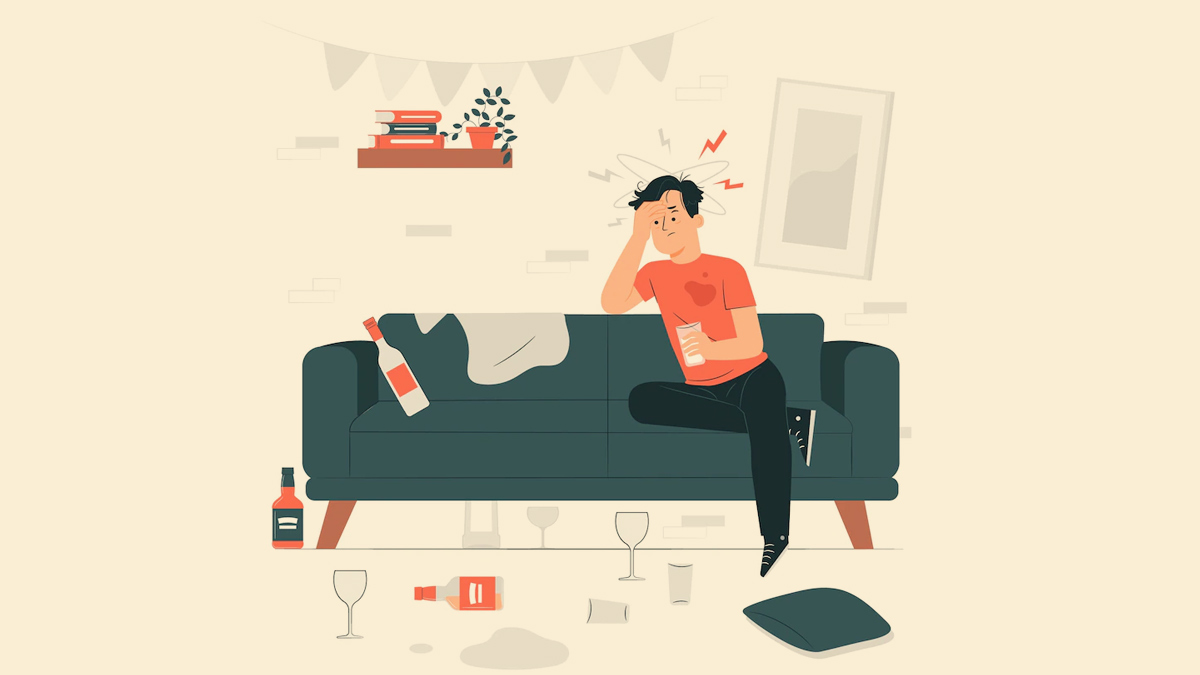 While not every drinker who gets a hangover will suffer a mood swing, post-drinking worry is a hangover symptom. There are a few different hypotheses as to why this occurs. One is that people frequently use alcohol to cope with their pre-existing anxiety. Alcohol can be calming and distracting from difficulties such as social anxiety. Some persons who suffer from various sorts of anxiety may choose to drink alcohol as a way to 'cope' with their problems.

Another way to think of hangxiety is as an emotional withdrawal from alcohol. While drinking causes the body to release feel-good hormones such as dopamine and endorphins, you may suffer a crash as your body strives to recuperate and reset. Meanwhile, cortisol, the body's stress hormone, is released both during and after drinking, which might increase anxiety.

Also read: How To Get Over Alcohol Hangover? Here Are 6 Science Based Cures For Help

GABA(Gamma-aminobutyric acid), a neurotransmitter generated in the brain that provides an overall depressive impact and works as a "downer", is another molecule that causes hangxiety. Alcohol causes the release of GABA, which results in relaxation and slumber. When the depressive impact wears off, it can result in a rebound over-stimulation effect, which can create feelings of anxiety or panic.

How To Deal With Hangxiety

Mindfulness and stress management strategies can also help alleviate post-drinking hangxiety. Try some mild yoga or mindful meditation. Deep breathing exercises can help calm a racing mind or a beating heart, while modest physical activity (if available) can enhance your energy and happiness. Take care of yourself by doing things that make you happy, such as taking a bath, painting, or listening to music.

Rest and sleep as much as possible, drink plenty of water to rehydrate. If you're hungry, eat a light, easy-to-digest meal and avoid highly processed or fatty foods. After consulting with a doctor, you can use over-the-counter drugs to treat symptoms such as headaches, nausea, and muscle aches.

MORE FOR YOU
5 Healthy Ways To Gain Weight If You’re Underweight
Follow These Ayurvedic Remedies To Improve Your Eye Health
Health Benefits Of Combining Vitamin D3 And K2
World Cancer Day 2023: Expert Explains What Is Cancer
Sleep Deprivation: Tips To Recover From Sleepless Night
7 Yoga Exercises That Can Help Shape Your Face And Jawline