Actor Rajiv Kapoor Dies Due To Heart Attack. Know What To Do In Cases Of Heart Attack and Cardiac Arrest

Rajiv Kapoor Death: Rajiv Kapoor passes away at the age of 58. According to the reports, the actor died due to heart attack.

Another sad news from Bollywood! Legendary actor Rajiv Kapoor, the youngest son of Raj Kapoor and younger brother of actor Randhir-Rishi Kapoor passed away. 58-year-old Rajiv Kapoor has died due to a heart attack. It is being told that Randhir Kapoor took him to the hospital immediately, but doctors declared him dead. The actor breathed his last at around one o'clock. Actor Randhir Kapoor has confirmed this sad news. He said, 'I have lost my youngest brother Rajiv. He is no longer in this world. The doctors worked their best to save him but could not! I am still in the hospital and waiting to meet his dead body.' A heart attack is one of the most common ailments taking over, but what makes it important is to understand the difference between the many kinds of heart conditions that can lead to deaths. Did you know that heart attack and cardiac arrest are two different things and require different care? In this article, let's know how to treat and prevent heart attack and cardiac arrest differently. Heart attack and cardiac arrest are terms that signify a heart crisis. However, many times, people get confused between a heart attack and a cardiac arrest. While both are medical emergencies related to heart, they are dealt with differently. 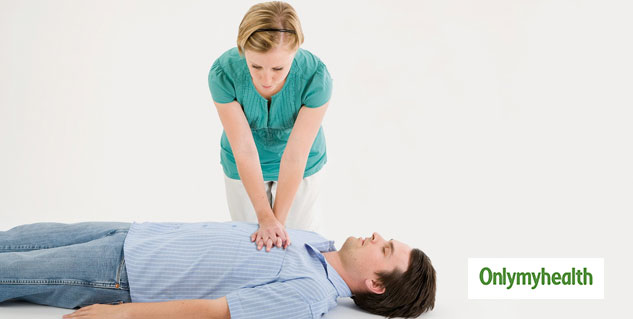 Heart attack requires emergency assessment and treatment. Heart-attack sufferers thus fare best when they get to the hospital within one hour after symptoms start. You will usually be admitted to the emergency department/ward or ICU for evaluation. A heart attack is generally suspected by typical clinical presentation or symptoms and is confirmed by carrying out tests such as ECG or electrocardiogram, blood test and 2D-Echocardiogram. The doctor regularly either performs primary angioplasty to open the blocked artery or gives medicine to dissolve the clot obstructing the artery.

What is a heart attack? Also Read: Know Why Heart Stroke and Cardiac Arrest Are Frequent While Bathing

What is cardiac arrest?