Are You Unable To Swallow Food Properly? This Could Be The Reason

Problem in swallowing solid food or drink is a symptom of achalasia condition. Know causes, symptoms, treatment and more in this article.

When you eat something, it is ingested through chewing to break down the food into smaller pieces to swallow easily. The food is then masticated and passed to the esophagus for digestion. Swallowing is an integral part of the food intake process and without it, you won’t be able to digest it properly. If you are experiencing any issue with swallowing, it could be an issue related to your esophagus. This condition is termed Achalasia. This is a rare disease but it needs to be addressed on time to prevent the complications associated with it. To know more, read the complete article.

As per Dr. Kapil Sharma, Senior Consultant Gastroenterology at Batra Hospital, New Delhi, Achalasia is believed to be a neural degeneration where the esophagus stops functioning over time. Selective nerve fibers in the esophagus are thought to be responsible for this condition. This is a rare disease where only 0.3–1.63 per 100,000 adults are diagnosed with this disease per year.

Usually, when you eat something, it is swallowed and passed to the body through the esophagus. In this health condition, esophagus muscles don’t contract which hampers the passing of the food. Someone who has achalasia would be facing difficulty in swallowing food as the esophagus muscles aren’t working properly. Also, not just solid foods but patients are unable to swallow even liquids which makes their condition worse. In some cases, the food may come up as they lie down due as it remains undigested and stuck in the esophagus. 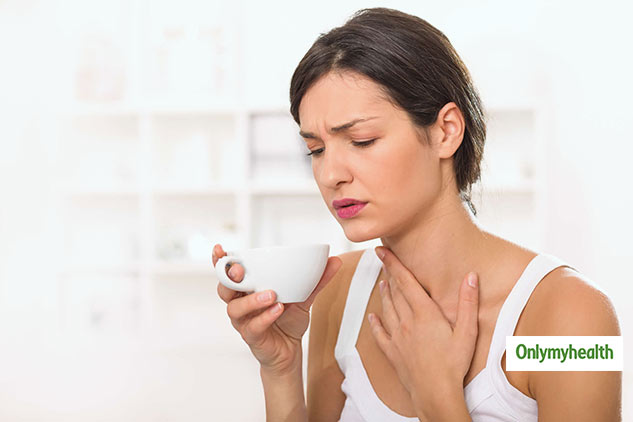 What are the symptoms of achalasia?

Difficulty in swallowing food is a major sign that one may have achalasia but there are certain other symptoms too that these people in this condition may exhibit. These are:

While the signs and symptoms of Achalasia are prominent, the causes of this condition are still unclear. There are various theories and assumptions on this condition. For example, as mentioned above, this disease is believed to be a neural degeneration or nerve cell loss in the esophagus. There is another theory that poor autoimmune responses and viral infections are possible causes of achalasia. In a very rare case, achalasia may be caused due to an infection or an inherited genetic disorder.

Also Read: What Are The Symptoms Of Stomach Flu? How Long Does It Last For? 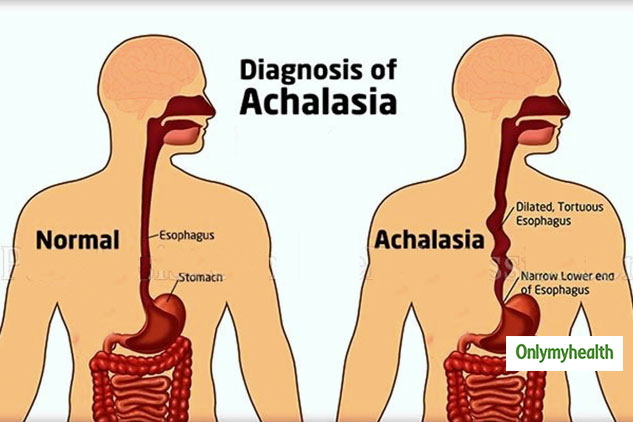 How is achalasia diagnosed?

There are various techniques that can be used to diagnose achalasia. Here are all of them explained:

In this test, a catheter which is a thin, flexible tube carrying pressure sensors is inserted into the nose and then passed to the esophagus and then the stomach. The aim of this process is to gather information about how the food is moving into the stomach through the esophageal tube. Manometry test checks the coordination and force of the esophageal muscles when the food passes through them. This test helps in identifying other swallowing disorders to provide the right treatment.

In this test, the catheter with camera and light is passed into the food pipe through the mouth to check the food pipe and stomach. An upper endoscopy may identify undigested food or retained saliva or food stuck in the food pipe or any kind of blockage in the esophagus due to varied reasons.

If the above tests fail to provide a clear picture of the esophagus, an x-ray may be advised. To take an x-ray, the patient is made to swallow a chalky liquid. This gets filled inside the food pipe and coats the inner lining to provide visuals of a dilated food pipe. If the person has achalasia, the x-ray gives the appearance like that of a ‘bird beak’. 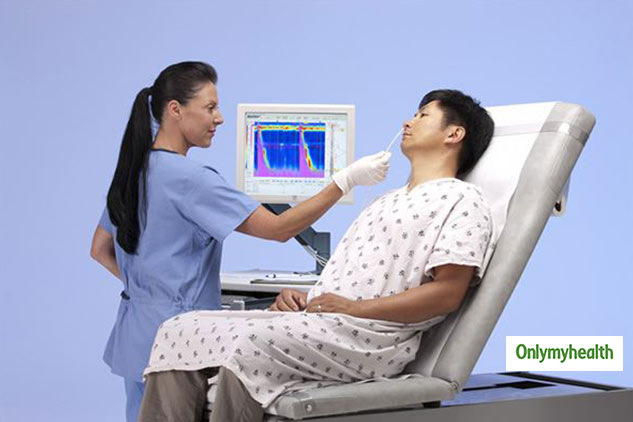 How is Achalasia treated?

Talking about the treatment of Achalasia, Gastroenterologist Dr. Kapil Sharma briefs about the possible treatments of achalasia.

This is also called balloon dilation. In this procedure, a balloon is inserted into the esophageal muscle sphincter through endoscopy and is then inflated to enlarge the opening. In order to be able to swallow food, the sphincter needs to remain open. If it doesn’t the patient needs to get the procedure redone. As per figures, almost one-third of people who are treated with balloon dilation repeat their treatment after every five years. If the dilation is forceful, it may cause esophageal perforation, which is quite rare.

People who are not suitable for dilation or myotomy surgeries because of comorbidities or health issues or age are advised botox. But the effects of botox don’t last more than six months. 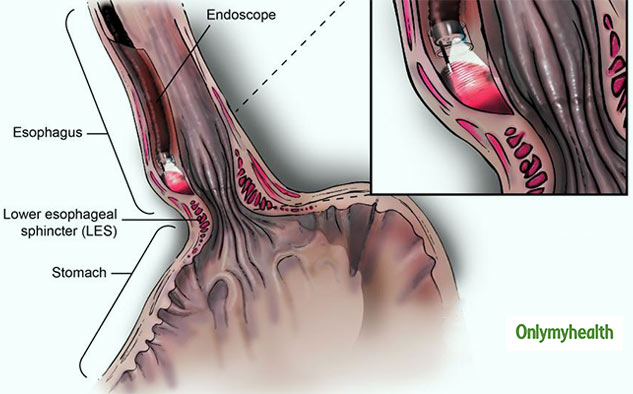 In this surgical procedure, doctors make small incisions in the abdominal wall through laparoscopic instruments are inserted in the esophageal part. Some muscles are cut from the lower esophageal sphincter to the stomach to create a way for the passing of the food.

Also Read: Are Fillers And Botox Safe? Here Are Pre And Post Care Tips For Those Planning To Get Fillers

This is a new treatment procedure with a higher efficacy rate and comparatively less invasive, traumatic process. This procedure doesn’t require abdominal incisions. Here is how this procedure is done: 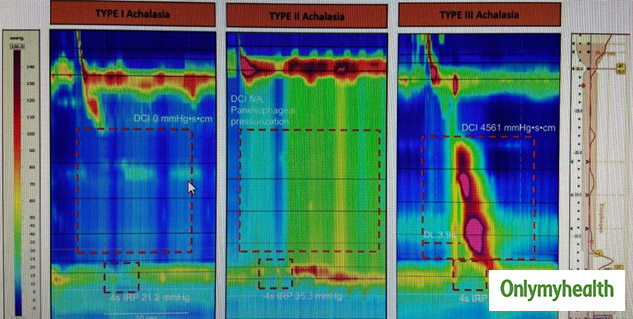 An endoscope, a flexible tube is inserted into the mouth to reach the oesophagus, selectively cut the stiff muscle and close the opening with clips. All of this is done without abdominal incisions. This process is effective in all kinds of oesophageal disorders. Unlike other processes, POEM is comparatively less risky, more effective and also long-lasting. You can consult a doctor to find the best suitable treatment according to your condition. In some cases, this procedure increases the risk of leakage and bleeding that can lead to a chest infection.

Even though achalasia is a rare condition, it may occur to someone at some point. Thus, it is better to be informed and tell someone about this condition if they are showing symptoms. Prevention is better as it would reduce the risk of surgical interventions.