The Power of Music: Here’s All You Need to Know About Music Therapy, Healing Music

Music today has been grossly underestimated as a meager form of entertainment. A little known fact about music is its inherent ability to heal. The World Music Day, celebrate music in all its variety and relish its healing power to the mind, body

We all know that music can relax, elevate, sooth and inspire our soul. What most of us don’t know is that music can also heal. Through the years, every civilization has developed their own therapy process of healing. It came in the form of chants, prayers and morning dawned to the music of birds chirping on the trees or bees humming on the flowers. If you were just relaxed enough to lie down under a tree, and just hear the sound of the trees wind making a rustling sound through the trees, you would find yourself feeling sleepy, relaxed, and then calming down tranquilly.

In ancient times, any person who was disturbed, spiritually, physically and mentally was taken into a garden, and left to lie down under the trees. The majority of the time, the individual would be healed and return to his family. Music therapy has been used to cure not only patients suffering from mental and neurological disorders, but also those people suffering from psychological problems and even incurable diseases. 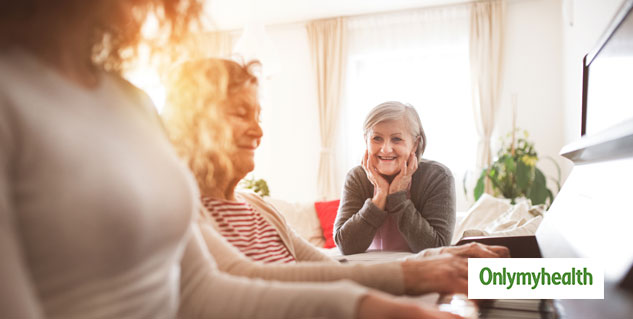 What is Music Therapy? Music therapy has always been an integral part or neuropathy down the millenniums. For instance, research from the University of Colorado shows that in the mountains, hypothermia and hypothermia and hyperthermia (high and low body temperature) – comatose conditions and even delirium, dehydration, edema, and convulsions are cured through music.

It is also a well-known fact that postoperative patients in the West recover faster when they are exposed to music therapy, then those who are now.

Note: Keep in mind that music therapy is used as a complementary therapy and not a therapy in itself.

If you happen to visit to any religious shrine around the world, just sit quietly and close your eyes. You will notice that the power of music, especially through prayer is capable of soothing and curing you emotionally and spiritually.

The power of music, especially to soothe and to cure, has long been known in Indian musical tradition, especially in a traditional and historical tale told about one of the greatest musicians of his time, in the court of Akbar the great. His name was Tansen. If you ever was to listen to an emotional song, based on the Passion of the Rain, listen to Miyan ka Malhar – the Raga of Miyan by Tansen. This song is sure to heal the most broken of hearts.

Music can be a powerful tools capable of moving major hurdles or curing the worst headache. If you’ve just returned from a hard day’s work, or perhaps you’re feeling challenged for some reason or the other, turn to some nice soothing music. But this time only, consider it a therapy for your problems and not just a form of entertainment.