Swine flu has claimed four lives in Haryana even as ten more patients were tested positive for the virus, officials said on Monday.

Swine flu has claimed four lives in Haryana even as ten more patients were tested positive for the virus, officials said on Monday .

"In Haryana, 14 positive cases of swine flu have come to light in the past few days, of which four casualties have been reported," Additional Chief Secretary, Health Ram Niwas said after a video conferencing with all the civil surgeons of the state.

He, however, said that Haryana Health Department has made adequate arrangements for the treatment of patients suffering from swine flu. 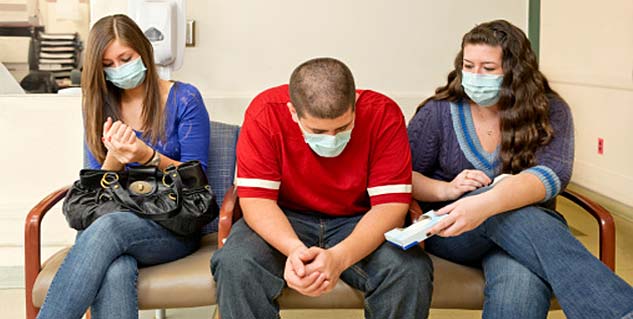 "Adequate stock of Tamiflu has been made available, ventilators provided and isolation wards set up in all hospitals of the state," he said.

He issued necessary instructions to the civil surgeons to take all precautionary measures to check the spread of the virus as well as tackle the swine flu cases in the state.

Niwas urged the people not to panic as the situation is well under control. "Necessary steps have been taken by the department and a complete vigil has been maintained on this issue," he added.

In view of the prevailing cold weather conditions and fog, people especially old aged and those suffering from any disease or having low immunity, and children have been advised not to leave for morning walk in the early hours as the swine flu virus is very active at that time, the Additional Chief Secretary said.

He said that similarly, parents have also been advised not to send their children to schools in case they were suffering from any symptoms of swine flu or from cough and cold.

"In this regard, the school principals have also been requested to grant leave to such children so that they could take rest at home," he said.