Properly ventilated indoor spaces have played a major role in lowering the deaths due to COVID-19. This study explains how.

The death toll in India has seen a significant decline in a couple of weeks which has indeed brought a sigh of relief to us. While we may attribute this to the efficient medical workers there is another factor identified by doctors from different cities of the country. They have identified an improved ventilation system to be a major factor in reducing COVID-19 cases and deaths. Read on to know more details.

Ever since this outbreak happened, we know that closed indoor spaces or air-conditioned spaces are risky. They increase the chances of transmission as the virus is spread in the air and may infect everyone present there. We were strictly asked to avoid closed spaces. Also, the use of air conditioners was prohibited in malls and supermarkets for the same reason. Now, a study has found that properly ventilated areas can reduce COVID-19 viral load.

What is the study? 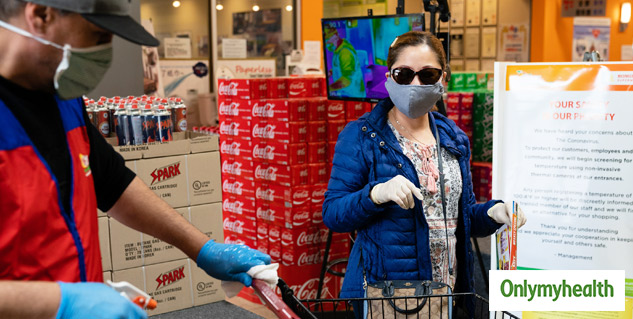 As per the study published in the Asia Pacific Journal of Public Health, reduced air-conditioned spaces and improved ventilation played major roles in reducing viral load and COVID-19 deaths in India. According to doctors, the virus remains airborne in closed spaces which increased viral load in the respiratory tract which makes the condition severe and increases the mortality rate. Asthma patients are at a greater risk of infection.

Dr. Shyam Aggarwal, Chairman of Department of Oncology, Sir Ganga Ram Hospital, Delhi and lead author or this study says, “People in the developing countries tend to spend less time in air-conditioned enclosed places, where the viral load is higher due to lack of ventilation. This could be the reason for fewer deaths reported from several Asian countries. In fact, the initial surge in cases was reported from European countries, where people might have stayed indoors longer in the winter months of January and February.”

Also Read: What Is Prone Positioning And Does It Help In COVID-19 Management?

What caused an increased death toll in India?

According to Dr. Aggrawal, the root cause of transmission of coronavirus in India is congested localities and overly crowded homes. “Even though not many people spend time in air-conditioned offices in India, the problem here is that of several people living in close proximity in small houses leading to transmission within families,” the doctor said.

According to WHO, “short-range aerosol transmission, particularly in specific indoor locations, such as crowded and inadequately ventilated spaces over a prolonged period of time with infected persons cannot be ruled out. Clusters of COVID-19 infections have been reported across the world in such inadequately ventilated spaces such as a cluster of 10 cases reported in people who had eaten at an air-conditioned restaurant in January end in Guangzhou, China." 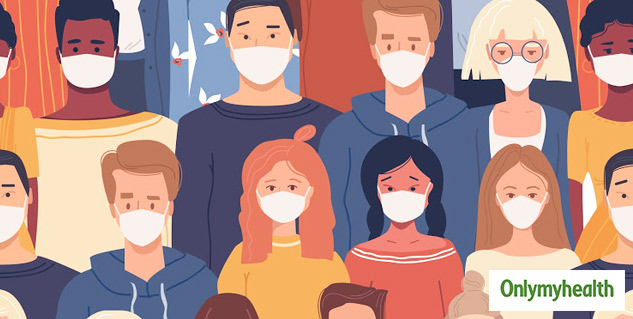 How to prevent indoor transmission of viruses?

We must not forget that reinfection of coronavirus has also started. In closed spaces, we need to increase air exchange to reduce the transmission and severity of the infection which ultimately lowers the mortality rate. Dr. Aggrawal explains, “To make places that do not have enough ventilation and are completely air-conditioned, the number of air exchange–circulation of outdoor air in the air-conditioning system – every hour has to be increased. In some places, there were just five air exchanges each hour once summer started as it puts more strain on the system and leads to more electricity consumption. This has to be about 12 to 15 exchanges an hour.”

Also Read: US, UK Move Closer to Coronavirus Vaccine By End Of The Year

Another doctor and professor Dr. Neeraj Gupta in the department of pulmonology at Safdarjung Hospital, Delhi says, “In a healthcare setting, some procedures lead to aerosolization of the bronchial fluids that have a high viral load and it has been seen that it puts people in the areas at a higher risk of infection. In other building, if adequate outdoor air infusion is not ensured and some way of killing the viral particles–such as plasma ionisation or UV ray treatment–then there may be a higher risk of infection.”

“But I do not think it can explain the disparity in the number of deaths in various countries. Scientists are still trying to figure out the causes of fewer deaths in some places – whether it is demography, an unconducive environment for transmission, the virus mutating to become milder, genetic factors, use of certain medicines or vaccines like HCQ and BCG,” he added.

This shows that good ventilation can not only reduce the risk transmission of coronavirus but it also reduces the severity of the infection that leads to hospitalization and death.

Here's Why You Should Not Ignore These Monsoon Illness Symptoms