Negative Thinking Increases The Risk Of Dementia and Alzheimer’s

If you don’t want to lose your memory, stop thinking negatively all the time. Stay positive and things will eventually fall in place.

Your thinking largely impacts your health. We hear this a zillion times and sadly, ignore. While positive thinking attracts positivity, negative thinking worsens the normal situation. It is rightly said- we attract what we think. Negative thinking is a threat to mental health. It is okay to get stressed sometimes but do not let negativity take over your thoughts. This may cause Dementia and Alzheimer’s. A research has found that people who think negative most of the time are highly likely to fall prey to Alzheimer’s and dementia.

Your brain processes what you think. The more negative you think, the worse your brain functioning would become. While negativity can ail a sound person, optimism can heal an ailing person. Understand the difference.

The journal Alzheimer’s & Dementia published a study which found that persistently thinking about negative things can cause cognitive decline. Such people are most likely to suffer from memory loss and other cognitive disabilities. 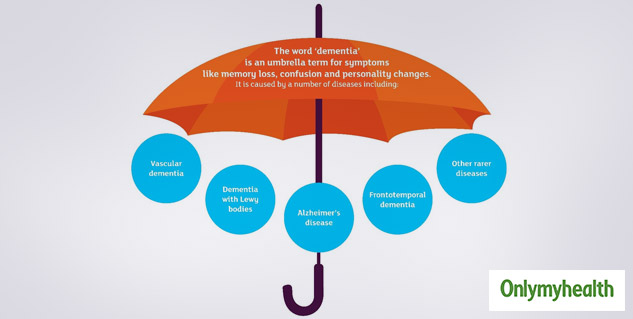 The University College London conducted this research wherein they studied about 292 people aged 55 years and above. This research was conducted for a span of two years where the team studied the RNT or Repeated Negative Thinking patterns in the participants. This includes worries about the future or rumination about past events. They then analyzed the impact of negative thinking on their cognitive functions that included language, attention, memory, and spatial cognition. The team also measured the deposits of brain proteins- tau and amyloid with the help of PET brain scans. The buildup of these proteins is the reason behind Alzheimer’s and different types of dementia.

Natalie Marchant, lead researcher of this study said, “Here, we found that certain thinking patterns implicated in depression and anxiety could be an underlying reason why people with those disorders are more likely to develop dementia.”

Also Read: Living Near A Highway Increases Risk Of Neurological Disorders and Dementia

The team found that people who persistently engaged their minds in negative thoughts had the highest amount of harmful protein deposition in their brains as compared to others. This brought them to the conclusion that negative thinking causes cognitive decline. Marchant said: “We propose that repetitive negative thinking maybe a new risk factor for dementia as it could contribute to dementia in a unique way.”

These people also suffered depression and anxiety which is obvious with negative thinking. However, having anxiety or depression alone wasn’t found to be a cause for dementia. This shows that repetitive negative thinking is catastrophic for health and one should avoid negative thoughts to live a healthy life with no memory loss and forgetfulness.