If You Live Near Parks, Your Menopause May Arrive Later Than Other Women

Living in a clean and green environment has a great impact on your health. Apart from preventing diseases, it also helps to delay aging and menopause

In the days of declining air quality index, living around green spaces is a blessing! There cannot be anything better than giving pure oxygen to your lungs and preventing the body from innumerable health hazards. Living near greenery is linked to myriad benefits including chronic disease prevention, weight control, mental health, etc. And now it is found that greenery can also delay menopause. Women who live in green spaces are highly likely to get late menopause.

Aging in women is defined by menopause and its delay means a healthy body. As per a study published in the journal 'Environment International', women who reside near greener areas get menopause a little late than other women who concrete neighborhood. This shows a clear link between the green environment and the onset of menopause. Women who have a green neighborhood tend to age slow which results in delaying menopause. The research team analyzed data collected through the European Community Respiratory Health Survey (ECRHS) where around 2000 women from nine Europian countries took part in the survey. They were asked to fill a questionnaire to examine their health and lifestyle factors including the greenery around their residence. Based on the data, the team derived the correlation between greenery and women's health.

“We know that stress increases the level of cortisol in the blood, and numerous studies have shown that exposure to green spaces reduces it,” said Kai Triebner, a senior researcher from the Institute for Global Health (ISGlobal), Barcelona, Spain. 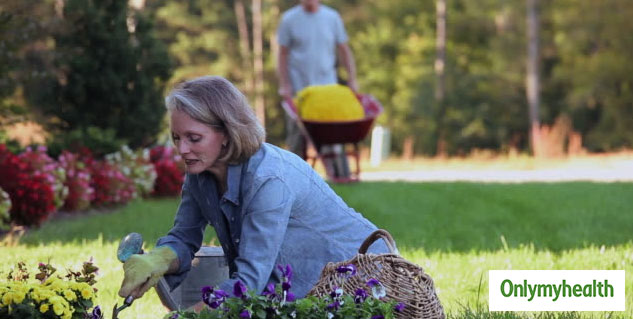 Women living in a clean and green environment enter the menopausal age approximately 1.5 to 2 years later than women with lesser green surroundings.

Coronavirus in China: Thousands Of Healthcare Professionals Got Infected By The Virus