The Risk Of Cardiovascular Problems Increases During Menopause

Cardiovascular health of a woman gets affected during menopause. Research done by University of Pittsburgh finds the link.

Menopause brings a lot of changes in a woman’s body apart from stopped menstruation. There are numerous health-related changes that arise as a woman enters the menopausal age. Heart health is also believed to be affected by this. According to a team of researchers led by scientists from the  School of Public Health, University of Pittsburgh, there is an increased risk of heart disease in women during menopause.

A senior author of the study, Samar RE I Khoudary, said, "Midlife is not just a period where women experience hot flashes and experience other menopausal symptoms. This is a time when they have an increased risk of heart disease Occurs because then many see significant changes in clinical changes. "

El Khaudari and his team used a subset of SWAN (Study of Women’s Health Across the Nation) data. An ancillary study that included women from Pittsburgh and Chicago between 2001 and 2003 was included in two examinations of early markers of heart health over time. Ultimately 339 women were included in the study, which included 36 percent of blacks and the rest of white women. The study focused on how arterial stiffness changes in women during menopause. The hardness of the artery refers to the elasticity of the arteries and is measured by seeing how fast the blood flows in the arteries. Which found that hard arterial dysfunction may be due to how well the heart pumps and transfers blood. In addition, damage to the heart, kidneys and other organs.

Researchers tracked women through Swain for 12.5 years, until they reached menopause. The study found that on average, as women undergo menopause, their arterial stiffness increases by about 0.9 percent during a year before the last menstruation and by about 7.5 percent within a year after their previous period.

Black women experienced a greater increase in arterial stiffness before menopause than white women who were more than a year before menopause. Conclusions conducted after adjusting for several factors that may affect heart health, including blood pressure, lipids, smoking status, physical activity levels, and financial stress. 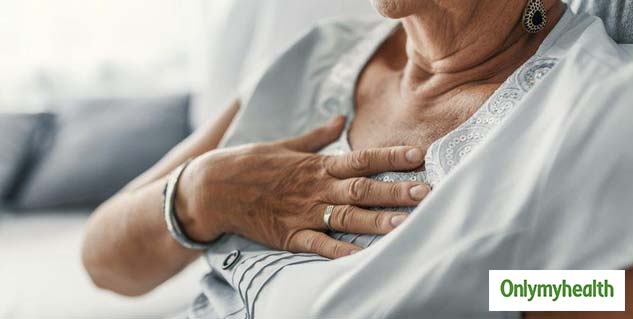 Khoudary these changes during the menopause.""The arterial stiffness of a significant number of minorities of women was only measured at one time point, we were still able to see that there would be major changes in the risk of heart disease around menopause. But we hypothesize that hormonal changes that occur with menopause may play a role in increasing inflammation and affecting the deposition of vascular fat."

Health News: Most People Who Have Exercise Addiction Are The Ones With Eating Disorder