Drinking alcohol can affect your gut health, ranging from mild to severe. Here's how you can reduce the effect.

Alcohol has a significant impact on the gut, but only a few people are aware of this fact. The popular belief is that alcohol affects the liver, but it has a lot of negative effects on the gut as well. It can affect your digestion and lead to constipation. OnlyMyHealth editorial team spoke to Dr. Tehsin A. Petiwala, Consultant Gastroenterologist, Endoscopist and Hepatologist, to know more about the link between alcohol and gut health.

Link between alcohol and gut health

1. Mouth and Oesophagus - The mouth and throat are exposed to alcohol as soon as ingested before it reaches the oesophagus and subsequently the stomach. Alcohol damages the oral mucosa including the teeth and gums. It is among the most important risk factors for oral cancer after tobacco use. Heavy drinkers are more likely to develop gum disease, tooth decay, and mouth sores. Alcohol causes alterations in the motility and dysfunction of the lower esophageal sphincter. Hence it causes Gastroesophageal Reflux Disease (GERD). A direct damage to the mucosa can cause Esophagitis with ulcerations, Barrett's oesophagus (a precancerous lesion due to reflux), and esophageal cancer, more common among heavy drinkers. Consumption of four drinks per day increases the risk for oral and esophageal cancers by approximately three-fold. Occasionally binge drinking may cause severe retching followed by bloody vomitus due to the tear of the lower oesophagus.

2. Stomach – Alcohol causes direct damage to the stomach lining leading to gastritis and gastric ulcerations. It also causes a delay in gastric emptying to cause fullness, bloating, nausea, etc. Heavy alcohol intake is also associated with an increased risk of gastric cancer. Alcohol can affect stomach acid production. This can reduce the stomach's ability to destroy bacteria that enter the stomach, which can allow potentially harmful bacteria to enter the body. 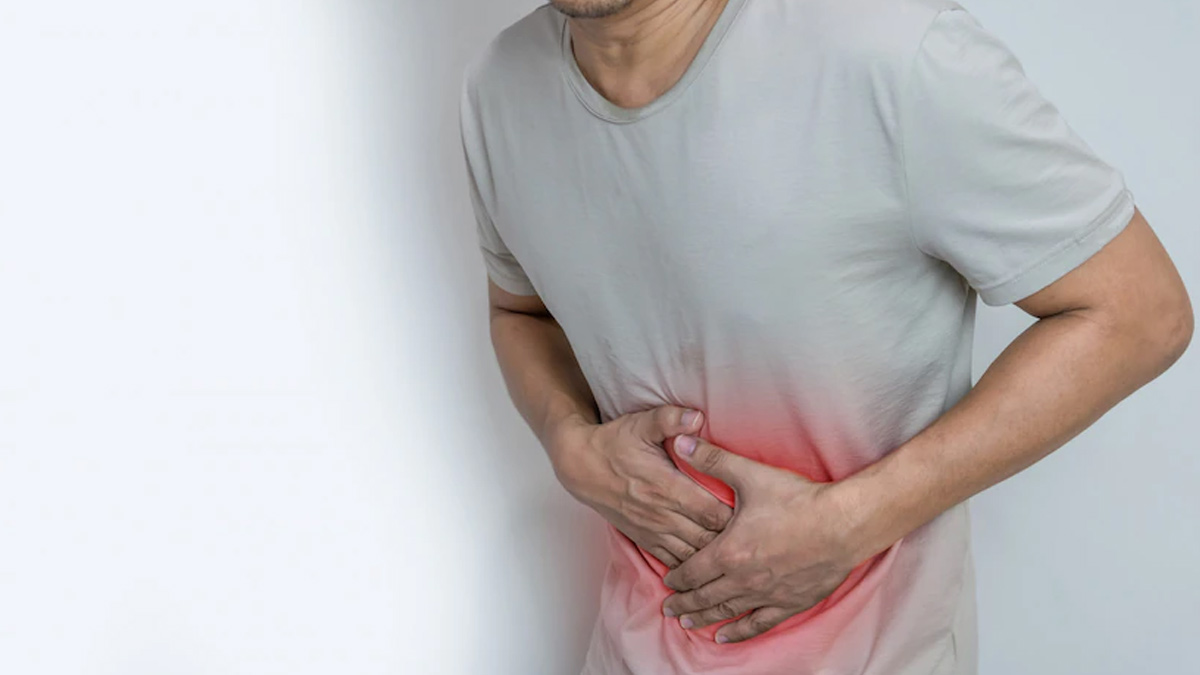 Alcohol causes a decrease in the absorption of the nutrients such as thiamine, B12, Zinc, Iron, etc in the small intestine thus causing multiple nutritional deficiencies. The pancreatic enzymes reduce in severe cases thus leading to maldigestion. Alcohol causes damage to the lining of the intestine, thus increasing the permeability of the intestine causing the leakage of toxins into the body. It also alters the intestinal bacteria thus decreasing the beneficial bacteria and increasing the more pathogenic bacteria in the gut. Alcohol also reduces small intestinal motility, which causes a further increase in pathogenic bacterial growth and predisposes to constipation in some individuals.

Studies have demonstrated a significant association between alcohol consumption and the risk for colorectal cancer (CRC), especially among heavy drinkers with a long (> 5yrs) history of consumption. A meta-analysis conducted by the International Agency for Research on Cancer (IARC) showed a dose-dependent relationship, with a CRC risk of 1.52 times in heavy drinkers vs 1.21 times in moderate drinkers as compared with those who don't consume alcohol. Another problem in alcoholics is the development of haemorrhoids and dilated veins secondary to the constipation and presence of liver cirrhosis and portal hypertension. This can cause bleeding while passing motions which can mask an underlying colorectal cancer.

These are the ill effects of alcohol on the digestive system, ranging from subtle symptoms such as mild gastritis to significant diseases such as ulcers or cancers. All of these and more can be avoided if a person simply abstains from drinking, but if that's not the case, then there are simple measures to be followed so that the organ damage is reduced.

How to reduce the effect?

Most alcohol-associated cancers are common in heavy and moderate drinkers. Hence, it is wise to have the least possible quantity of alcohol and keep a watch on the type of liquor consumed as they differ in alcohol concentrations. Moreover, daily alcohol intake is associated with more adverse effects. So, an intermittent pattern of alcohol consumption is preferred over daily consumption. Binge drinking (heavy alcohol consumption in a matter of a few hours) is worse as it may precipitate an attack of pancreatitis or a GI bleed. 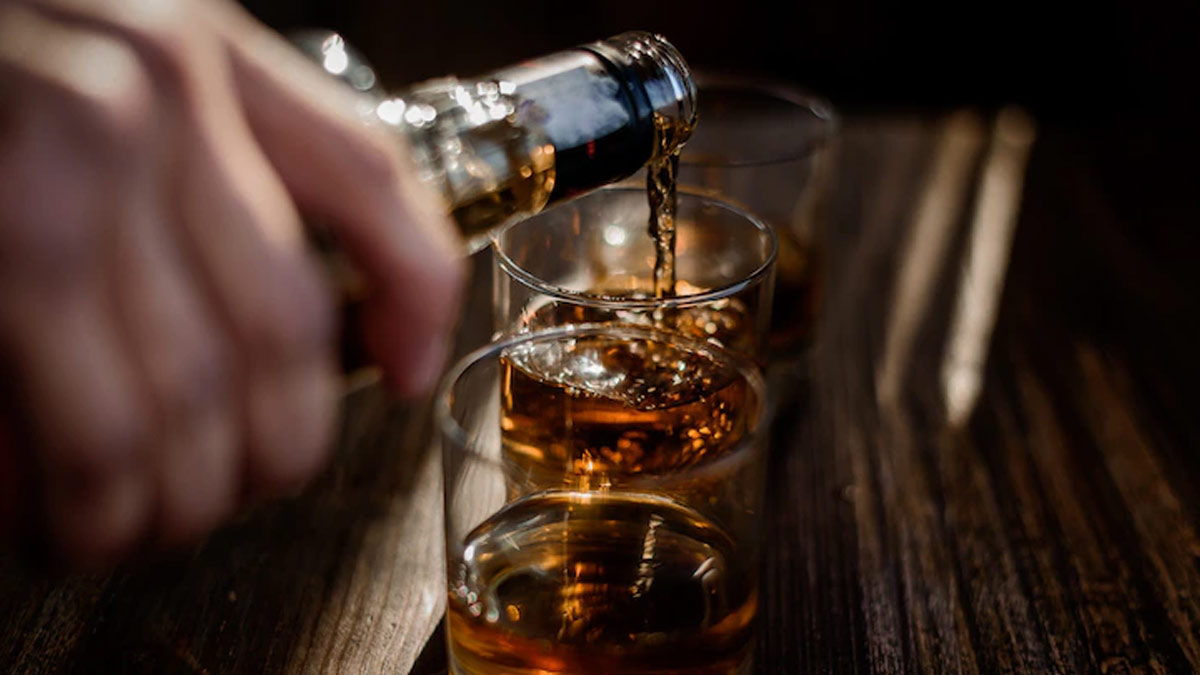 Alcohol gets quickly absorbed into the body on an empty stomach. The blood levels and hence toxic effects of alcohol and its metabolites rise rapidly thus inflicting acute damage to the body. Food delays absorption and so the body can metabolise alcohol and eliminate it effectively from the body. Eating before moderate drinking can reduce the effect of alcohol on you and lower your chances of having a negative reaction to alcohol.

Alcohol is a diuretic and causes frequent urination. So, drink large quantities of water after alcohol intake to avoid dehydration. It will help in flushing out the toxins and avoid constipation.

Also read: Side Effects Of Excessive Alcohol Consumption On Mind And Body

Get regular health checkups done in case you are regularly consuming alcohol. Cancers can be treated effectively if diagnosed in an early stage. Moreover, it is better not to ignore symptoms such as bloating, abdominal pain or distention, coffee-coloured vomitus, rectal bleeding, etc, as these may be a harbinger of a more sinister illness within.

In conclusion, alcohol has a host of ill effects on the digestive system, and many times it is ignored.  If recognized early it can avoid late complications and simple measures as discussed can help to reduce the ill effects of drinking. Lastly, all of this and more can be avoided by simply abstaining from alcohol.

MORE FOR YOU
Follow These Ayurvedic Remedies To Improve Your Eye Health
Health Benefits Of Combining Vitamin D3 And K2
World Cancer Day 2023: Expert Explains What Is Cancer
Sleep Deprivation: Tips To Recover From Sleepless Night
7 Yoga Exercises That Can Help Shape Your Face And Jawline
Do's And Don'ts While Working During Pregnancy