Interstitial lung infection can be caused because of various reasons and result to adversities.

What Is Interstitial Lung Disease? 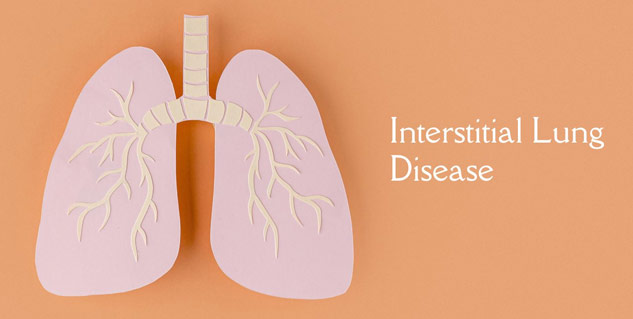 If you have any kind of breathing problems then it could be symptom of lung diseases. This can be quite problematic and you should not ignore it. Lung diseases can get worse within a few days if not diagnosed and treated on time.

This disease seems to occur in the case when there is an inflammation or some sort of injury in your lungs. This group of diseases can cause damage to tissues present in the lungs which cannot be reversed in most cases. The healing of lung tissues takes several years and it becomes hard to treat them. Interstitial lung diseases can be triggered because of the following conditions-

Since autoimmune diseases and infections cannot be known from beforehand. We will focus on other factors that can cause interstitial lung diseases to happen.

If there is long term exposure to toxins or pollutants on a person, then it can cause damage to your lungs. This is because long exposure increases the chances of toxins entering your body through mouth or nose and goes into the lungs. This can be due to pollutants such as-

Some of the drugs can have a negative effect on your lungs. They are usually high intensity medications often used to treat severe conditions such as cancer and heart problems. Here are some drugs that might cause interstitial lung diseases-

Chemotherapy Drugs- These medicines are designed to kill cancer cells present in the body or a particular organ. Drugs such as methotrexate and cyclophosphamide can damage your lung tissues and result to certain problems.

Heart medicines- Medicines that are given to treat the condition of irregular heart beat or heart rhythm disorder can cause lung infections as well. Some drugs that could particularly trigger lung disease can be amiodarone or propranolol.

Antibiotic drugs- Some kinds of anti-biotics also have strong components that can damage lung tissues in the body. These drugs include- Nitrofurantoin and ethambutol in general. 1. High Blood Pressure in the Lungs- This is a common condition that gets affected because of having interstitial lung disease. It affects your blood pressure and can cause scars on lung tissues. It restricts blood vessels from having good flow over your lungs and thus causes complications. This condition is called as pulmonary hypertension.

Also Read- Are Your Kids Stuck To Their Phones? Here's How It Can Impact Their Health

2. Right-sided heart failure- Heart Failure on the right side of chamber could be very troublesome. It becomes hard for the body to move and pump blood. Pulmonary arteries get obstructed that could put extra strain and result to adversities.

3. Respiratory Failure- Another serious complication that could lead to life-threatening consequences can be of respiratory failure. It is a chronic interstitial lung disease that causes severely low blood oxygen levels in the body. As a result of this condition, it can cause heart failure.

MORE FOR YOU
What Are The Differences Between Chickenpox And Monkeypox?
What is ‘Sadfishing’? Mental Health Effects
Blood Test Can Detect Breast Cancer In India Now
COVID India Update: Record Breaks With 17,000+ New Cases, High Hospitalization Rate
World Health Network Declares Monekypox A Pandemic
A retinal scan can predict risk of getting a heart attack

Glaucoma Can Cause Total Blindness: 5 Things About This Eye Condition