How the nose perceives common class of odours

Our nose can perceive a myriad smells and the reason for it was unknown until now. Researchers have found a chemical strategy that the mammalian nose employs to detect chemicals known as aldehydes.

Ever wondered how you recognise so many different odours and all accurately? It may be because of certain underlying chemical processes. Even biologists were unable to understand how humans could perceive and distinguish different smells. Now, they have discovered a chemical strategy that the mammalian nose employs to detect chemicals known as aldehydes.

CCNY Associate Professor of Chemistry Kevin Ryan and Columbia biologist Stuart Firestein lead a team which states that our nose has many aldehyde receptors which may not determine the aldehyde directly by its structure and shape. When the aldehyde enters our nose and reacts with water there, it undergoes a chemical reaction which helps the nose to recognise it.

Our nose consists of odorant receptors which are a large family of cell membrane proteins that supervise inhaled air on neurons within the nose. On the other hand, aldehydes are fresh-smelling chemicals, synthetic variety of which is significant to the flavour and fragrance industry. Natural aldehydes are found in sources like herbs, flowers and fruits. 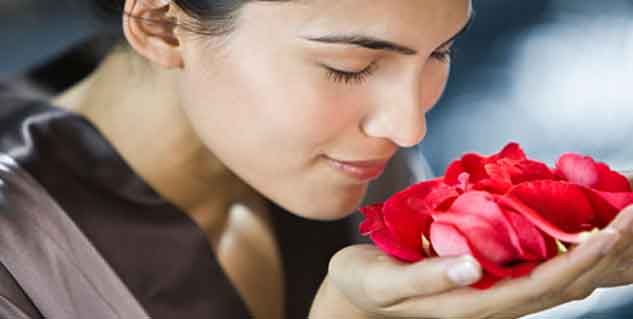 "Once exposed to air, aldehydes have a limited lifetime as oxygen slowly converts them into less savoury, even malodorous chemicals," said Professor Ryan. "It's not surprising then that the nose is adept at detecting aldehydes, and distinguishing them from structurally similar chemical groups."

The team discovered that some receptors in the nose identify the aldehyde’s chemical reactivity and not its built-in shape. This reactivity tells the nose that there are aldehydes present in the air. In our experiments, some of the many odorant receptors that detected the eight-carbon aldehyde octanal recognized the aldehyde portion of the molecule by its ability to morph into a completely different chemical group, known as a gem-diol," he added. "Since this reaction is unique to aldehydes, it serves as a means to discriminate them from similarly shaped chemical groups."

The study also involved researchers from Duke University and Hebrew University in Israel and the U.S. Army Research Laboratory and Office funded it. The study is published in the journal ACS Chemical Biology.

How some drugs work differently in women and men