How Does Alcohol Impact Fertility in Men and Women? Doctor Explains

Do you know how alcohol can impact your fertility? If not, you must read this article as a fertility expert explains everything.

Alcohol is said to be capable of disrupting the onset of puberty in women, interfere with normal menstruation and reproductive functions, and disrupt hormonal levels in postmenopausal women, as well as cause birth defects and developmental disabilities in the infant. However, the precise impact of alcohol on a woman's fertility is not completely known or appreciated. Dr. Y. Swapna, Fertility Consultant, Nova IVF Fertility, Vijayawada explains all the possible links between alcohol and fertility in this article.

Alcohol can and does alter the way the brain operates, as well as affect bodily functions. Many factors, such as personal biology, physiology, metabolism, and environmental factors, can influence how much alcohol affects an individual. As a result, each person's reaction to alcohol would be different. In general, drinking alcohol while attempting to conceive is not advised; however, the previous drinking is not expected to be a major barrier to pregnancy later in life.

Men who consume alcohol on a daily basis before conception have much more chances of birth defects like congenital heart disease, limb anomalies, digestive tract anomalies, etc. It is still uncertain why alcohol may cause birth defects, but evidence suggests that alcohol changes the shape, size, and motility of sperm and could alter the DNA as well. 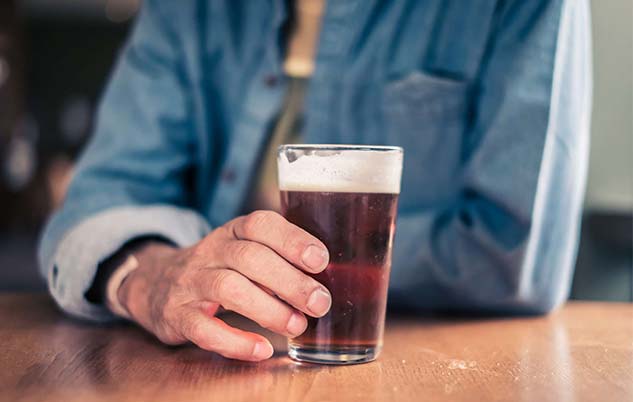 Also Read: Do You Know Why Hangover Is Caused After Drinking Alcohol? Find Here

In general, most medical practitioners would advise against alcohol when attempting to conceive, except in moderation. For one thing, it's difficult to know when a foetus is conceived, and alcohol is known to affect a developing foetus. \ When both partners drank at least four drinks a week, the rate of live birth was lowered even further, to a 21% lower probability of having a live birth than couples who didn't drink or drank less than four drinks a week.

How Alcohol can affect women’s body and their fertility?

Some negative consequences of alcohol consumption for women are:

Each of these factors can affect a woman's fertility and ability to conceive. Alcohol is high in empty calories, which can lead to weight gain. Often, if someone consumes too much alcohol on a regular basis, they can develop unhealthy eating habits and start substituting food or meals for alcohol.

Also Read: Do You Know The Difference Between Infertility and Subfertility? How To Prevent It?

For a woman who drinks responsibly, moderate alcohol intake is unlikely to affect potential pregnancy or fertility. For a woman, low-risk drinking means no more than three drinks per day and no more than seven drinks a week. More than that will raise the risk of a woman developing an alcohol dependency or addiction, as well as other physical issues that may contribute to fertility issues.

It is not advisable to begin drinking alcohol if one has not done so previously, but it is usually considered acceptable to do so in moderation and in small amounts if one has already done so. Alcoholic beverages are high in sugar and empty calories, and they have little nutritional value, so they can only be consumed on rare occasions and not as part of a regular diet.

To improve their wellbeing, pregnant or attempting to become pregnant women should concentrate on a balanced diet and avoid alcohol. This may increase the chances of conceiving and carrying a healthy baby to term.