Pain While Deep Breathing Could Be Bronchitis, Try These 7 Effective Home Remedies For Relief

Bronchitis can be treated by using certain home remedies. Try these 7 effective remedies for relief.

Bronchitis is an inflammation that occurs in the lining of the bronchial tube present in the lungs. Lung problems can be exceptionally very discomforting because it block passage of air flow from lungs to the blood. Because of this inflammation and swelling in the bronchi, it reduces the efficiency of lungs to produce fresh oxygen and thus cause phlegm and mucus in the airway. Bronchitis can be treated using some home remedies till the time swelling increases to abnormal extent in the lungs. We have some home remedies for you that have been effective over the years to treat this condition of bronchitis.

Use of essential oils can bring down symptoms of bronchitis and prove to be an effective method to treat this lung problem. Essential oils reduce inflammation caused in the lungs which reduces pain, cough, and swelling in the region and create wider pathway for the air to pass freely. Essential oils that can help in curing bronchitis are- 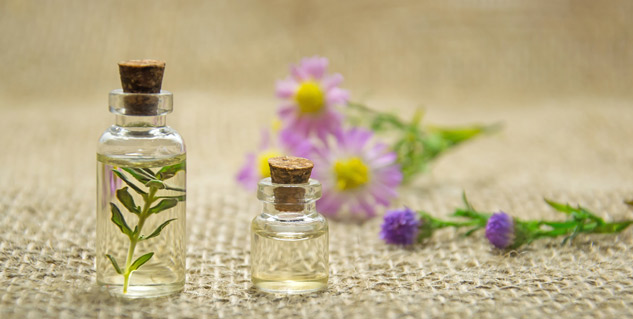 Other essential oils can also be considered however they are not as effective as these three oils. Essential oil reduces breathing difficulties and gradually cures the problem of bronchitis.

Humidifiers are machines that regulate the moisture in the air. Using a humidifier can be a good remedy to treat bronchitis because it keeps the moisture intact which makes the mucus loose. In this way you can keep removing mucus from your body which will help relieve the symptoms of bronchitis and also prevent it from increasing.

Cool mist humidifiers are better because they are efficient in long term moist environment. According to a study by National Institute of Heart, Lungs and Blood, humidifiers are recommended to people which chronic obstructive pulmonary disease. If a person is suffering from bronchitis, then get a humidifier to minimize the symptoms. 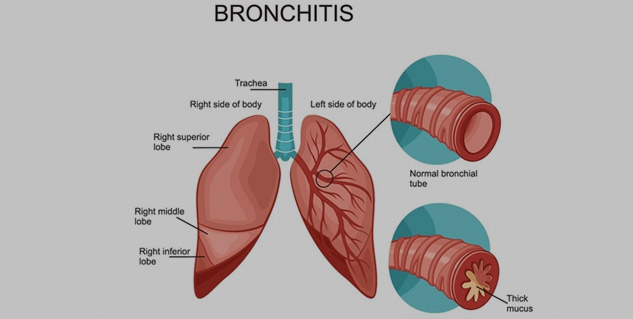 This is not something new; treating any problem that is associated with blocked passage including lungs and nostrils can be treated by having some warm liquids. Avoid having cold beverages and drinks, prefer hot tea, especially herbal tea if possible. It is beneficial in relieving the symptoms of bronchitis and other lung conditions. Adding ginger to tea can treat problems related to lungs. Drinking warm or hot liquid drinks also makes the mucus thin that could be removed from the nose with ease. It could ease these symptoms of bronchitis- 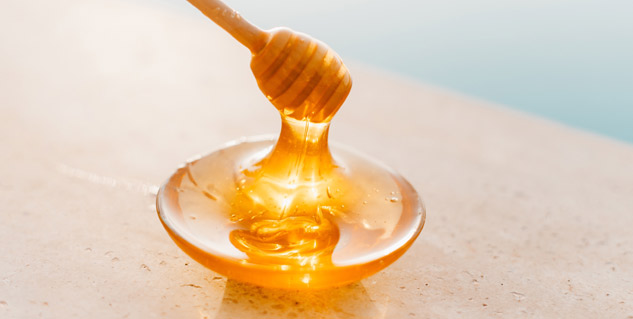 Use honey in your drinks, warm water and with other meals. Honey is an effective tool to prevent health diseases related to respiratory problems. It has anti-viral and anti-bacterial properties that prove to be effective against swelling and inflammation caused by infection. According to different studies conducted on honey, it has proved to be most effective remedy for treating respiratory issues.

Honey can be given to any age group above 1 year and there is no side-effect of honey because of which it can be taken in more amounts as well. If children suffer from bronchitis, then honey can be one of the initial treatments to reduce inflammation and treat this lung condition.

This is a form of breathing technique which is useful to treat patients of bronchitis. In this method, the air is inhaled through the nose and then exhaled from the mouth from opening in the lips. Lips are kept in such a position that it affects pursed effect such as a small pout. Pursed lip breathing can be improve condition because- This is a herb which has gained popularity because if its benefits against bacterial infection in lungs. Ginseng is an effective remedy which can cure bronchitis in a few weeks. This herb is extracted from fleshy roots of perennial plants. Extract of ginseng is able to reduce inflammation and swelling caused by infection in the lungs. It can also attack acute bronchitis which may be possible if bronchitis is not treated in some time. Ginseng is filled with anti-inflammatory properties which reduce infection from bronchi with ease.

This is supplement which is used to treat coughing and frequency of lung related symptoms. It can be available in the form of liquid and powder which can be had twice in a day to give relief to your body from bronchitis. It reduces mucus from the lungs and eliminates bacteria that help in improving the condition of the person.