Pheromones: Know The Science Behind Getting Attracted To Someone Through Smell

As you smell your partner’s pheromones, your olfactory nerves, responsible for your sense of smell, carries information about their health system

Do you think that you are abnormal just because you like your partner’s smell? Well we must tell you that you are not alone in this and many people feel attracted towards others due to their smell. In humans, the sense of smell plays an important role ranging from the food we eat to people we get attracted towards. When it comes to attractiveness, body odour and smell has a huge impact on your mind and a big part to play. Our noses are said to be the best compases when it comes to finding a suitable partner. The body odour tends to release chemicals such as pheromones. When you smell your partner’s pheromones, your olfactory nerves which are responsible for your sense of smell, carries information about their health system, fertility and any genetic qualities back to your brain to assess if you would be a good match or whether your offspring will have a greater variety of survival traits.

Let us learn more about how your nose can help you to choose the right partner and the role your olfactory indicators play in attraction towards your partner from Dr. Riddhima Shetty, Obstetrics and Gynecologist, Kalina Hospital, Santacruz, Mumbai. 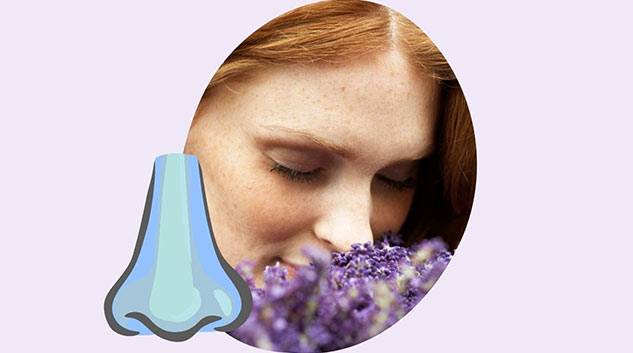 The term “pheromone” has been derived from the Greek words ‘Pheran’ which means “to transfer” and ‘Horman’ that means- “to excite.” In simple words pheromones can be understood as the chemical substances that are produced by the body and then released in the environment. These chemical substances tend to affect the physiology and behaviour of the other creatures around. Pheromones are not just present in human beings but in all other mammals and insects as well. These chemicals are similar to the hormones but the only difference is that they function outside the body and induce the activity of other beings present around. Pheromones are the signaling molecules in our body that are present in fluids such as sweat, genital mucous, urine and exocrine glands. Mainly there are 4 types of pheromones known as-

How do you get Attracted towards someone’s smell?

Also Read: 5 Signs That Your Partner Is Emotionally Unavailable

release chemicals such as pheromones. When you smell your partner’s pheromones, your olfactory nerves which are responsible for your sense of smell, carries information about their health system, fertility and any genetic qualities back to your brain to assess if you would be a good match or whether your offspring will have a greater variety of survival traits. Pheromones are a way for your brain to download information about your partner on whether their genes will help in making your baby superfit for survival. This is why sometimes you inexplicably get attracted to somebody’s scent and you can't really explain what you like about them but your body and brain have subconsciously done all the work for you.

(This Article is based upon a post by Dr. Riddhima Shetty, Obstetrics and Gynecologist, Kalina Hospital, Santacruz, Mumbaion her instagram handle)

Deltacron Variant: Know Possibility And Risk Of This COVID-19 Variant