Bipolar Disorder: What To Know About Its Different Episodes

If a person with bipolar disorder wants to regulate their mood swings and other symptoms, they should follow a treatment plan.

Bipolar disorder is a mental health condition characterised by significant mood fluctuations that include emotional highs (mania or hypomania) and lows (depression). According to a study, bipolar disorder is also a type of chronic illness.

You may feel gloomy or hopeless when you are depressed, and you may lose interest or pleasure in most things. When your mood changes to mania or hypomania, you may feel elated, energised, or irritable. Such mood changes can have an impact on your sleep, energy, activity, judgement, behaviour, and capacity to think effectively.

Also read: Is There Link Between Bipolar Disorder And Depression? Expert Explains

If a person with bipolar disorder wants to regulate their mood swings and other symptoms, they should follow a treatment plan. Medications and psychological counselling (psychotherapy) are commonly used to treat bipolar disorder. 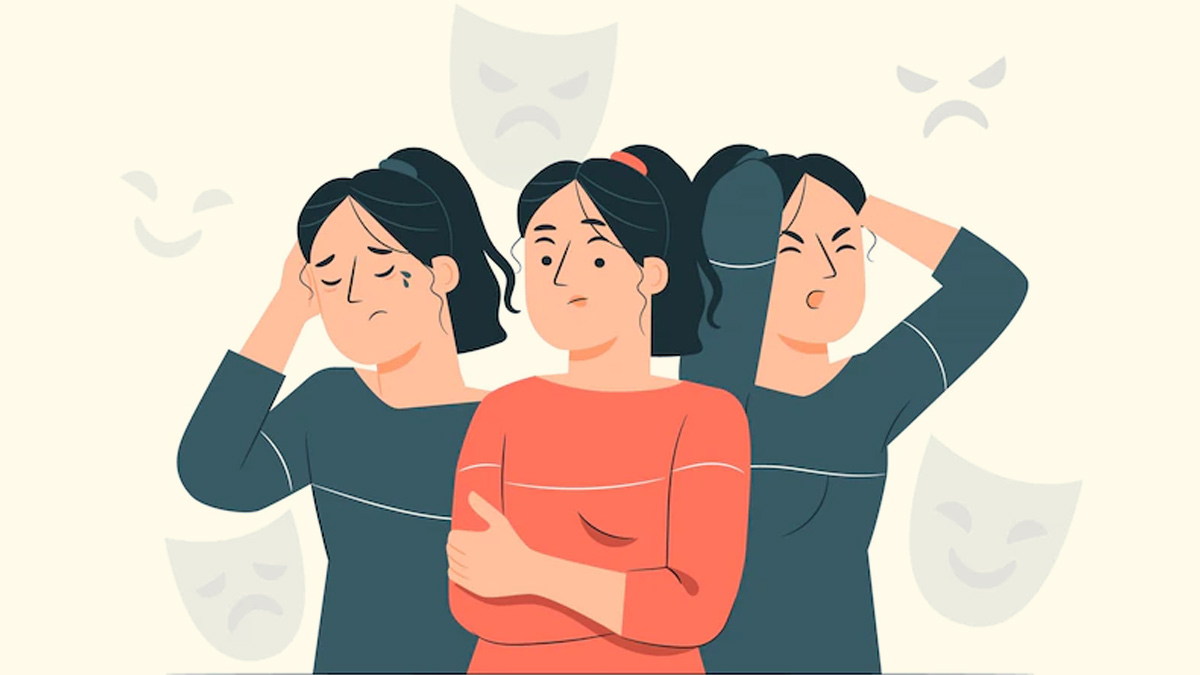 Bipolar disorder and related diseases come in a variety of ways. Mania or hypomania may be present, as well as depression. Symptoms can produce rapid changes in mood and behaviour, creating significant distress and difficulty in daily activities.

Bipolar I Disorder: You have had at least one manic episode if you have bipolar I disorder, which could have been preceded or followed by hypomanic or major depressive episodes. Mania can cause some people to lose touch with reality (psychosis).

Bipolar II Disorder: You had at least one severe depressive episode and one hypomanic episode but no manic episodes.

Cyclothymic syndrome: You've had at least two years of frequent episodes of hypomania and depressive symptoms (or one year in adolescents and teenagers), though it is less severe than major depression.

Other kinds: These include bipolar and similar diseases caused by drugs or alcohol, as well as physical conditions such as Cushing's disease, multiple sclerosis, or stroke.

Mania and hypomania are two different kinds of events that share many similarities. Mania is more severe than hypomania, and it produces more visible problems at the job, school, and social activities, as well as interpersonal problems. Mania can occasionally result in a loss of consciousness (psychosis), necessitating hospitalisation.

Three or more of the following signs characterise a manic or hypomanic episode:

When should you see a doctor?

Despite severe mood swings, people with bipolar disorder frequently fail to recognise how much their emotional instability disrupts their lives and the lives of those they care about, and as a result, they do not receive the essential therapy. In such cases medical consultation is necessary.

MORE FOR YOU
How Exercising Can Help Deal With Side Effects Of Breast Cancer Treatment
What Thin People Don’t Understand About Dieting
Do You Frequently Get Toenail Fungus? Here's How You Can Prevent It
Types of Sports-Related Dental Injuries
How To Set Healthy Boundaries With Your Kids
Old-School Fitness Trends That Can Help You Get In Shape

5 Healthy Habits To Incorporate In Your Morning Routine