8 Common Myths About Seizure: Fact Check By A Neurologist

People have weird assumptions about seizure, here are some common myths and its reality check

Seizures are sudden uncontrolled electrical disturbance that take place in the brain. It can cause changes that can frighten another person and it does not have any symptoms through which it can be determined. Seizures have a tendency to cause violent shaking action which is like getting an electric shock. Mild seizures could be possible because of some medical conditions as well. However most of the people take seizure in a very light or dramatic way and have false opinions about this condition. Today we will discuss about some myths that commonly revolve around this serious medical condition. To help us we have Dr. Rahul Chakural, Clinical Neurologist and Epileptologist from AIIMS New Delhi.

1. If you have had seizure, you have epilepsy

This is a very common myth which people believe it to be true. Seizure and epilepsy are two different conditions and even though some people having epilepsy may get seizure once in a while, it does not reflect anything major. When seizure is provoked by some habit or condition like excessive drinking, sleep deprivation, or medication, they are not related to epilepsy.

2. People with seizures are mentally unstable

This is a wrong perception that many people have in their minds. A person who may get seizure behaves in a very normal way otherwise and there are no symptoms of mental illness whatsoever. Only when the seizure is triggered, that person loses control over self which is also not a mental condition. Hence everyone should behave normally around anyone who has seizure.

Seizure does not particularly mean that a person starts shaking or gets dramatic. It can be in the form of fainting as well. In some cases it may also cause rapid blinking of eyes or tingling sensation. Thus not all seizures involve convulsions; there are different types of seizures which have different effect on person. Well, this is a very subjective topic. It is not particularly videogames that cause seizures. It is because of constant flashing lights and altering colour patterns that are sometimes responsible for triggering seizures. Also to note, that hardly 3 percent of total cases where people have got triggered by playing videogames. Even in those cases there are circumstances that cause it to occur like sudden flashing of lights objects or speed etc.

This is also a misconception. Warning signs that occur during a seizure are called auras. It happens when you are aware of what’s happening around you. It can give you symptoms like dizziness, panic, smelling odours that are not even there. However all this happens just few seconds before the seizure and hence the maximum a person can do is to grab a safe place to avoid injury. So there are no particular warning signs that occur and hardly few people get those auras which cannot be termed as a warning.

6. You will swallow your tongue

This is very weird but a myth which goes around quite a lot. Although this is absolutely false, it is not possible for a person having seizure to swallow his/her own tongue. People who believe this try to put something in mouth of people having seizure which is very dangerous. Because a person might not swallow his tongue but can surely hurt his mouth organs and injure his gums. Therefore, do not do any such thing if any person is having a seizure attack.

Also Read- Here Are The Possible Reasons Behind Kidney Seizure

This is a very common practise which people think it to be correct. It is a myth that restraining a person can stop the seizure. It is not true, bystanders or people around that person should not restrain him/her from moving as long as it gets unsafe. It can create more confusion in the brain of the person if done so which might worsen his condition. Hence do not try to restrain a person having seizure. 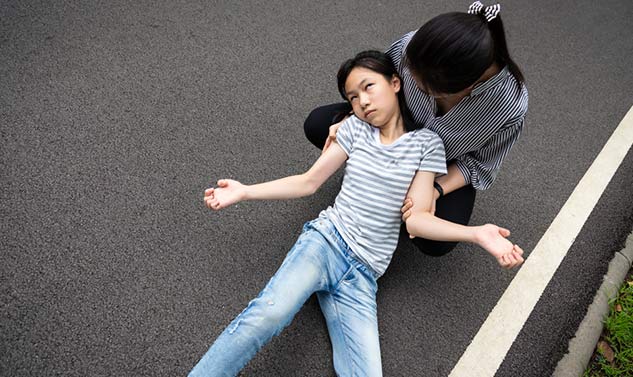 Those people who get seizure due to epilepsy might look for a treatment. It is false that treatments do not work or rarely work. In most cases people undergoing treatment for this disease have improved condition and controlled seizures. Those who are not treated with epilepsy treatment also have a option to undergo brain surgery, nerve stimulation with implanted nerve or shifting towards a special diet. One of them works in most of the conditions for seizures.