Track changes in the uterus during early pregnancy

Changes in the uterus during early pregnancy might surprise you, after all a baby is growing inside. It is better to know about the changes to understand your sonography reports better.

Before a woman gets pregnant, her uterus is of the size of a pear, which during the later stages of pregnancy, takes up space between the pubic bone and the ribcage. Changes in the uterus can be experienced as early as two to three weeks into pregnancy. Here are some of the changes that the uterus goes through in early pregnancy.

Soon after an egg is fertilised, a structure known as corpus luteum develops. This structure surrounds the embryo to secrete progesterone. Progesterone, one of the main pregnancy hormones, keeps the uterus from contraction as it would normally do at the time of the menstrual period. Corpus luteum encourages the continual growth of lining that surrounds the walls of the uterus. Doing so, the embryo gets the nourishment it needs when it attaches itself. 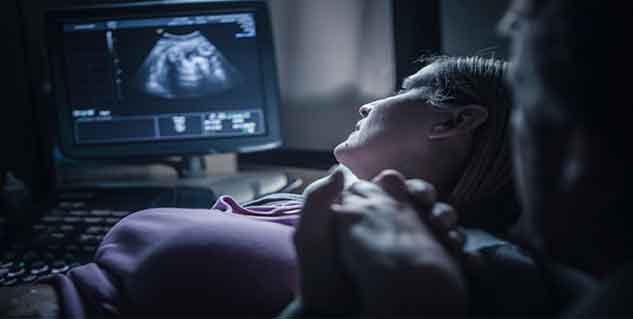 When the embryo has implanted itself in the uterine wall, tiny finger-like projections begin to appear. These projections then form the placenta, which takes care of supporting and nourishing the growing embryo. Placenta is also responsible for producing progesterone and estrogen, which causes further changes in the uterus during pregnancy.

Softening of the cervix

The cervix begins to change its texture and colour at around the four week mark. This can be easily seen during a pelvic exam. At this stage, you may not know that you are pregnant. In the fifth week, the colour of the cervix will slightly turn bluish as it continues to become thin. By the seventh week, a mucous plug starts forming in the cervix and seals the uterus from contamination by foreign agents, thereby keeping the embryo safe.

Growth of the uterus

Read more articles on During Pregnancy