South Africa Detects C.1.2, A New COVID-19 Variant: What We Know About It So Far

South Africa has detected a new, C.1.2, COVID-19 variant, which has been found in 7 other countries across continents

At a time when the Delta variant of coronavirus is showing no signs of slowing down, South Africa has detected a new COVID-19 variant that could be highly transmissible and evade some protection provided by vaccines, as per a new study. The variant, named C.1.2 was detected in the country in May this year, during the third COVID wave in South Africa, and has now spread to almost all the provinces in South Africa, along with seven other countries, spanning across Africa, Asia and Europe. The countries that have recorded cases of C.1.2 variant include China, New Zealand, England, the Democratic Republic of the Congo, Switzerland, Mauritius and Portugal.

What Is C.1.2 Variant Of Coronavirus, Found In South Africa? 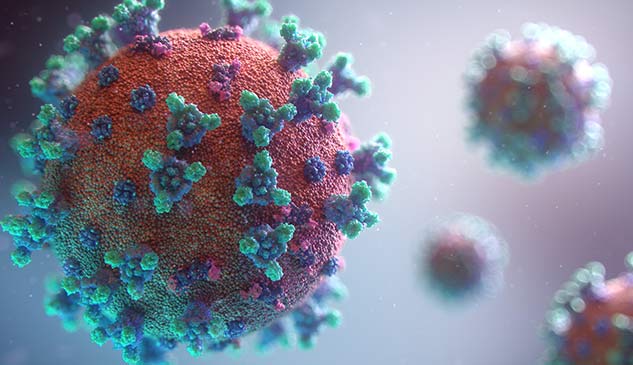 The new variant, C.1.2 has evolved from C.1, which was detected in South Africa, during the first coronavirus wave in the country. As per the study by the country’s National Institute for Communicable Diseases (NICD) and the KwaZulu-Natal Research Innovation and Sequencing Platform, C.1.2 has “mutated substantially” than C.1 and has more mutations than the various Variants of Concern (VOCs) and Variants of Interest (VOIs).

C.1.2 is "associated with increased transmissibility and reduced neutralisation sensitivity," as per the study. It has 41.8 mutations per year, which is twice as much as the current global mutation rate of the other variants, as per a leading news agency. The study also found a consistent monthly rise in C.1.2 genome in South Africa. It rose from 0.2% in May to 1.6% in June, followed by 2% in July. This, as per the study, is similar to the increase in Beta (first detected in South Africa) and Delta (first found in India) variants in the country, during their early detection.

As per the study, the variant has “mutated substantially.” A majority (about 52%) of the mutations in the spike protein were found in other VOCs and VOIs. Spike proteins are the protrusions that the SARS-CoV-2 virus uses to enter the human body. Among the mutations in C.1.2 are D614G, which is common to all variants, E484K and N501Y, which are found in Beta and Gamma variants, E484K, found in Eta and N501Y, which was found in the Alpha variant.

Not much is known yet if the vaccines, currently in use against COVID-19, are effective against the C.1.2 variant. However, N440K and Y449H are the mutations found in C.1.2, which have been associated with immune escape. The researchers of the study noted that these mutations, as well as changes in other parts of the virus, could help the virus in evading the immune response generated by the vaccines.

Hence, more than a year and a half to the pandemic and over 5.2 billion vaccine doses later, the virus is still mutating, posing newer challenges for the world community. The United States is witnessing a massive surge in the Delta variant, putting strain on the country’s healthcare institutions. India, meanwhile, has confirmed cases of AY.12, a sub-lineage of the Delta variant. This sub-lineage has been associated with a large number of COVID cases in Israel. Thus, it is crucial to protect ourselves from the coronavirus by following COVID-appropriate protocols, such as wearing masks in public, practise social distancing, and washing hands whenever needed.

What Causes Muscle Cramps? Know The Treatment And Preventive Measures