Your Body Can Detect Sugar Even If You Don’t Taste, This Research Explains

Your brain can detect the difference between natural sweet and artificial sweetener which is why you only crave for sugar.

Sugar cravings are difficult to resist especially if you have a sweet tooth, agree? Many times it must have happened with you where you sensed sugar without tasting the dish. Though, this is highly common with people who dislike sugary foods to avoid eating them. But have you ever wondered the science behind this? Sweet is a taste that can only be identified by taste buds but your body can detect sugar even if you don’t eat that food. How? There is a scientific reason behind that which researchers from Columbia University have uncovered.

Is it possible to sense sugar without tasting it?

The journal ‘Nature’ features this study where researchers have found that the human body can sense sweet without eating. While researching on mice, they found sugar-sensing neurons in its body which can bring revolutionary results in terms of developing new sweeteners. Currently, sugar is one of the most-consumed ingredients and it is highly addictive also which makes it a major risk factor for obesity and type-2 diabetes. The consumption of refined sugar has increased massively which has raised health concerns. In order to control this, a team of researchers from Columbia University, New York decided to identify the mechanisms of the brain which is associated with sugar cravings which then increases the average sugar consumption of an adult. Another objective of their study was to understand why artificial sweeteners are unable to satisfy the sugar cravings in a person. The role of taste receptors

The body breaks down sugar to release energy which is why we reach out to something sweet to eat when we feel low and lethargic. Our tongue has specific taste receptors for all kinds of tastes. There are special neural circuits that identify each taste. When you eat something sweet, the sweet taste receptor present in your mouth identifies it and signals your brain. However, it was seen that animals despite having no taste receptors chose sugary sweet foods over the ones with artificial sweetener. This led to the study of finding the new area other than tongue which can recognize sugar without tasting. 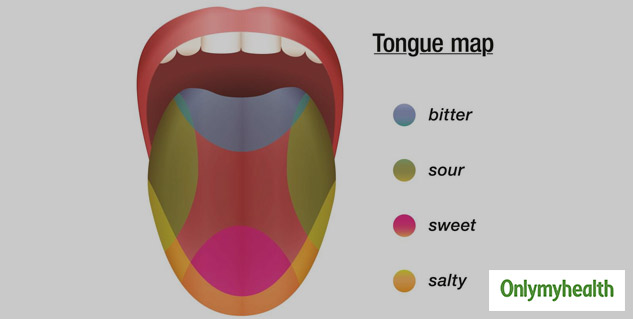 The research team started by giving sugar directly to the stomach bypassing the tongue so that taste receptors don’t signal the brain. This is due to the gut-bran axis where your gut secretes fluids just by smelling and seeing the food. The team found that this is for sugar also as without letting the taste receptors know, the brain got to know that sugar is inserted into the body.

This is due to the sugar-sensing vagus nerve which directly connects the gut and brain.

Lead author Hwei-Ee Tan said, “When we drink diet soda or use sweetener in coffee, it may taste similar, but our brains can tell the difference. The discovery of this specialized gut-brain circuit that responds to sugar, and sugar alone, could pave the way for sweeteners that don’t just trick our tongue but also our brain. These findings could spur the development of more effective strategies to meaningfully curtail our unquenchable drive for sugar, from modulating various components of this circuit to potentially designing sugar substitutes that more closely mimic the way sugar acts on the brain.”