Antimicrobial resistance (AMR) is the phenomenon in which microorganisms, such as bacteria, viruses, fungi, etc, develop resistance against medicines designed to kill them. Hence, infections caused by these can no longer be treated with those meds. Antimicrobial resistance might look benign on the surface when compared to distressing illnesses such as HIV/AIDS, cancers, or even malaria. However, it’s more lethal than we think. As per a research published in The Lancet journal, AMR claimed more lives than HIV/AIDS and malaria in 2019. But, before delving into the study, let us understand what antimicrobial resistance is.

What Is Antimicrobial Resistance?

First and foremost, antimicrobials include drugs such as antibiotics, antivirals, antifungals, and antiparasitics, designed to work against specific bacteria, viruses, fungi, and parasites. When microbes change over time to render antimicrobe drugs ineffective against them, it is called antimicrobial resistance, as per the World Health Organisation (WHO). As a result, infections caused by these become difficult or even impossible to treat. For this “most comprehensive estimate of AMR burden to date”:

Also read: These 5 Things Slow Down The Effect Of Medicine, May Take Double Time To Recover

Here’s what the study found out:

The study findings are a cause of concern and highlight the need for a global initiative to combat AMR.

Also read: Beware! Read These Dangers Of Taking Too Many Painkillers Before Popping A Pill

How Do Bacteria Become Resistant To Antibiotics? 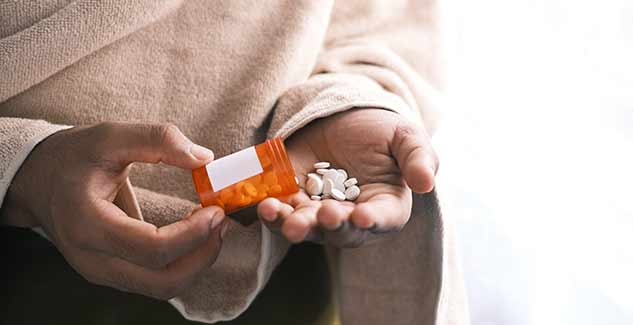 The study highlighted that antimicrobial resistance, especially that developed by bacteria claimed lakhs of lives in 2019. There are multiple ways bacteria develop AMR:

Not just that, environmental factors can also contribute to AMR, such as unclean water, pollution, etc.

Antimicrobial resistance renders the drugs useless against infections. So how to manage it? First and foremost, judicious and careful use of these drugs is the key. Combination therapy could be another way to tackle AMR, as per a leading media outlet. In combination therapy, a combination of drugs, rather than just one, is used to treat an infection. It is aimed at preventing the microbes from developing resistance to a drug. Lastly, AMR is a global phenomenon, affective multiple countries at the same time. Hence, a collective effort will be needed to rein in AMR.

Stealth Omicron: How Can This Sub-Variant Escape RT-PCR Test?